City after city acclaimed Byrd for his achievements when he returned from Antarctica, as in this ticker tape parade in Boston, ca. 1930. Richard E. Byrd Papers, #8011_1. 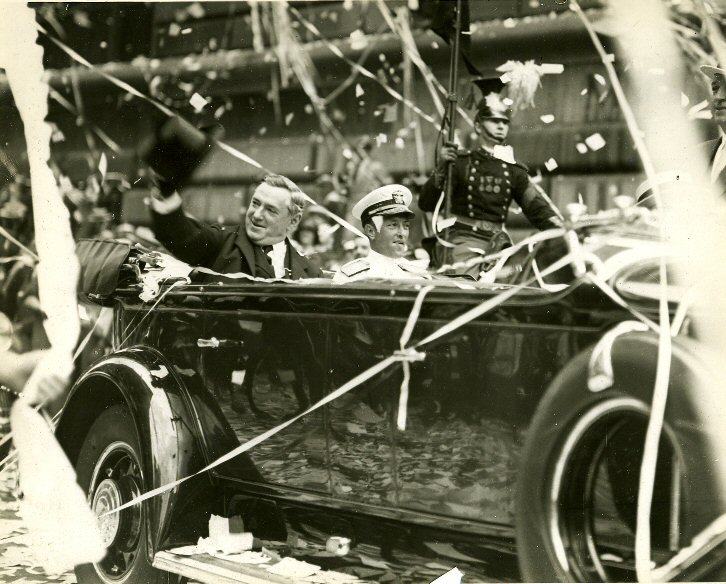