William Hogarth has been called the “father of modern British satire” because of his innovative social and political satirical engravings. He is best known for his numerous series of sequential pictures, which together tell a story featuring an intended moral lesson. The Four Stages of Cruelty series warns of the dangers of starting down the path of treating other creatures with cruelty. Hogarth’s prints were designed to be reproduced in large numbers and sold to customers through subscriptions in order to bring his moral messages to as many people as possible.

Hogarth was a pioneer in copyright for artists as well. His work was so heavily plagiarized that he lobbied for the legal protection of engravings. As a result, the Copyright Act passed by Parliament in 1735 is known as the Hogarth Act.

The inscription on Hogarth’s tomb reads:

“Farewell great Painter of Mankind
Who reach’d the noblest point of Art
Whose pictur’d Morals charm the Mind
And through the Eye correct the Heart.” 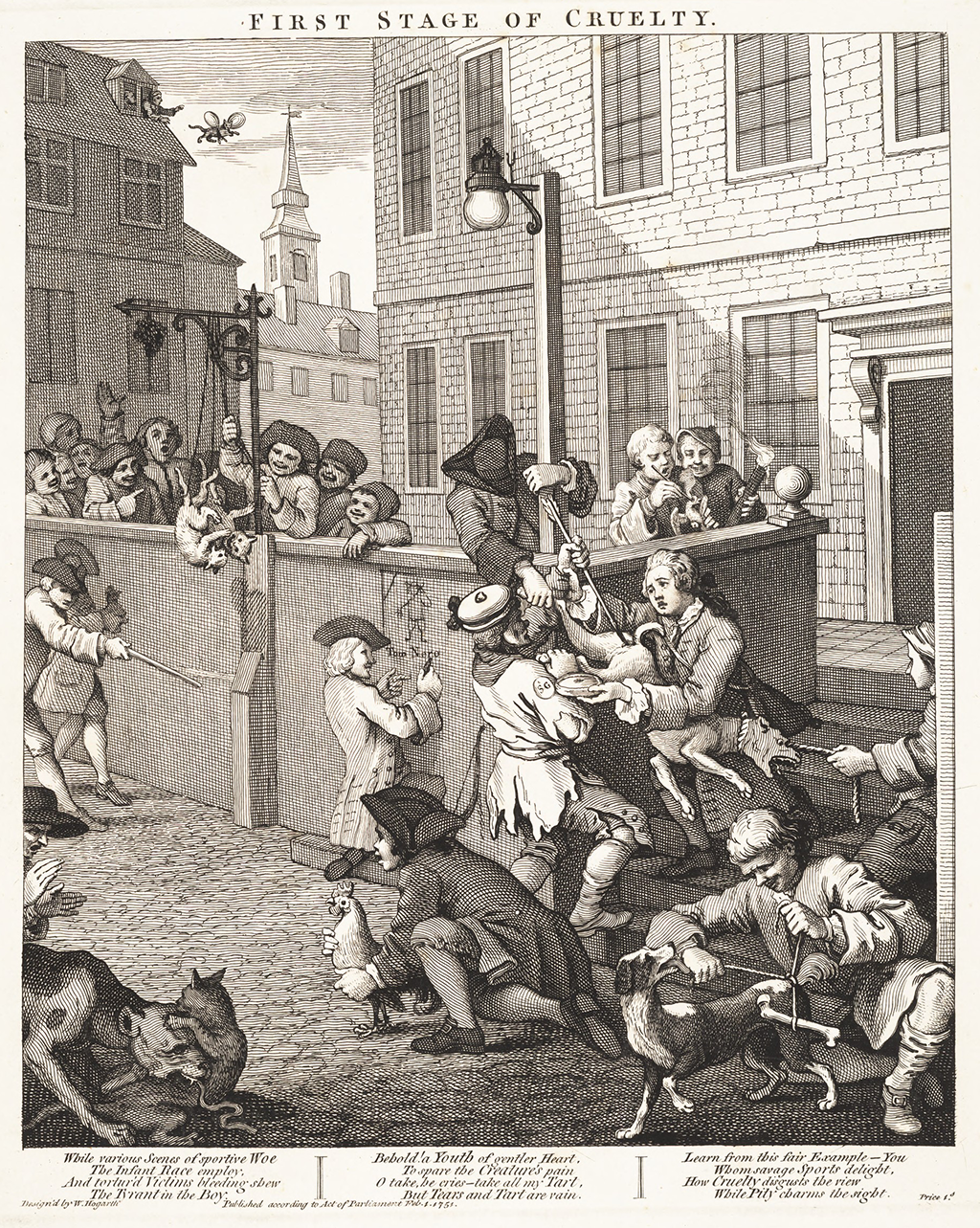 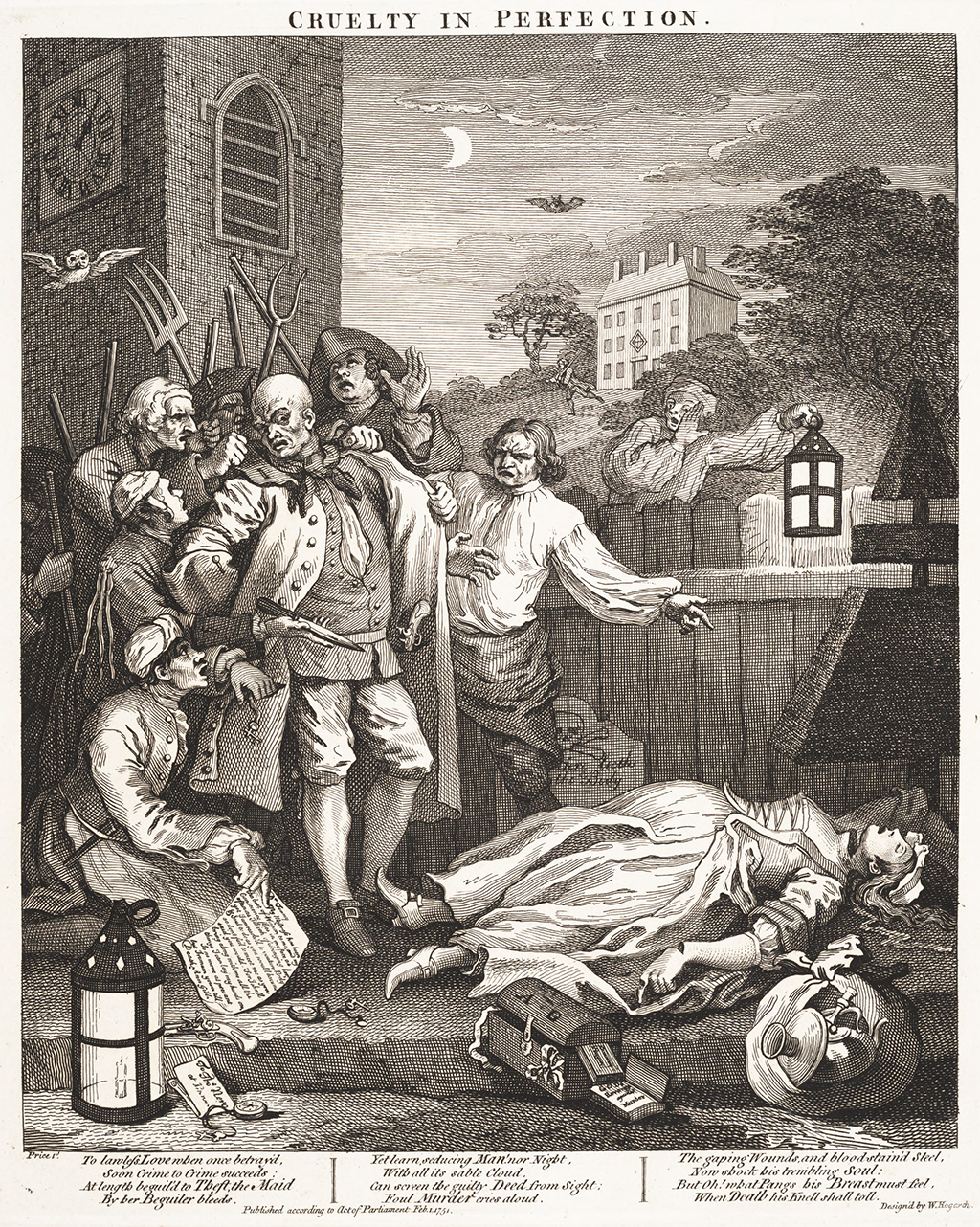 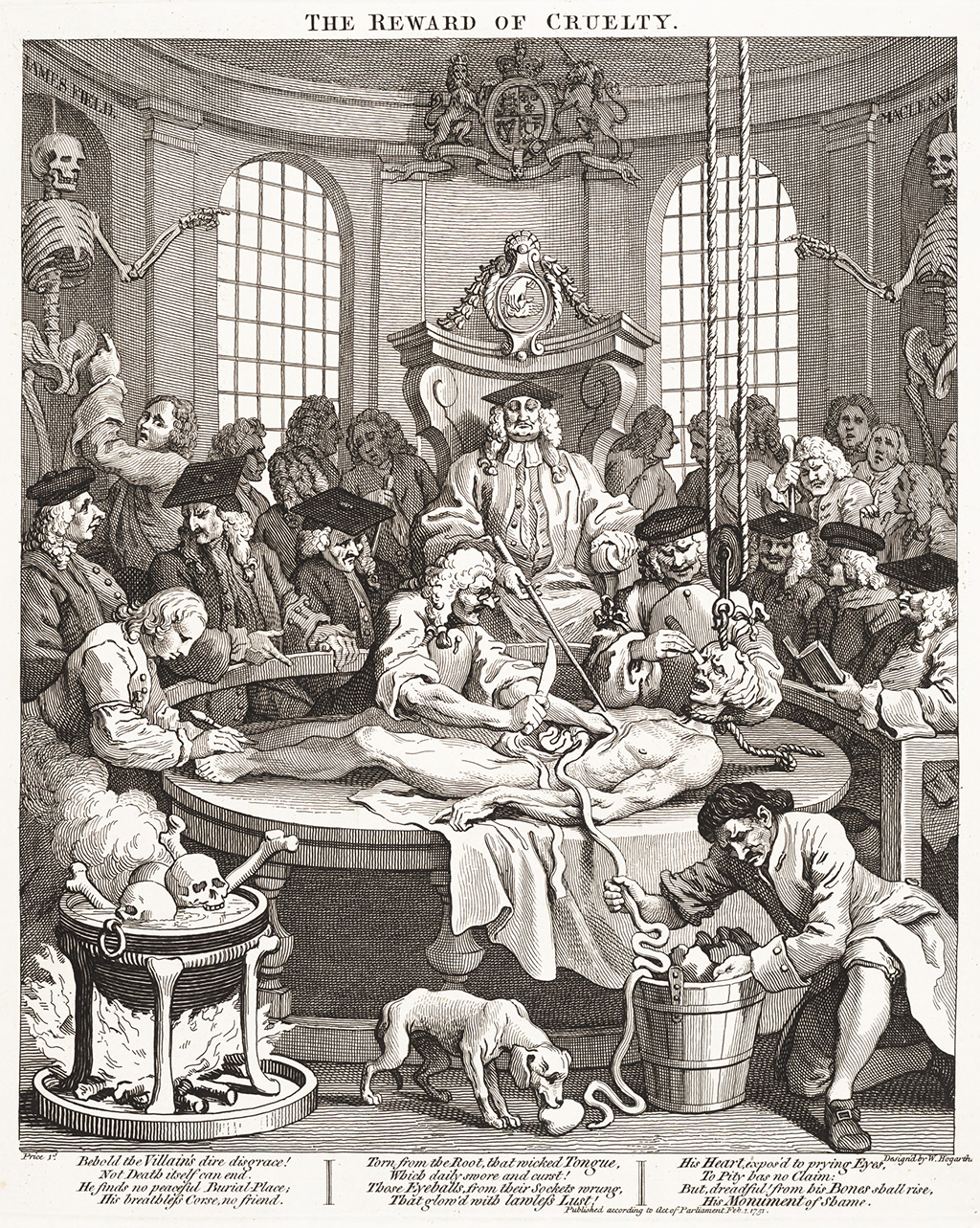