6. The Kid That Launched the Comics

The Yellow Kid was one of the first comic strip characters to appear in the innovative color Sunday supplements, which were pioneered by daily newspapers in the mid 1890s. An Irish immigrant street urchin living in the tenements of New York, the Yellow Kid was an instant sensation. The character was used to sell every kind of product imaginable, from cigars to toys, and from whiskey to ladies’ fans. He later starred in vaudeville plays and silent films. Creator Richard Outcault abandoned the character after only three years, in favor of the more middle-class Buster Brown. Outcault’s Yellow Kid cartoons often relied on stereotypes of the day, some of which are offensive and racist, such as his depictions of black children.

Compare the original with the printed version. 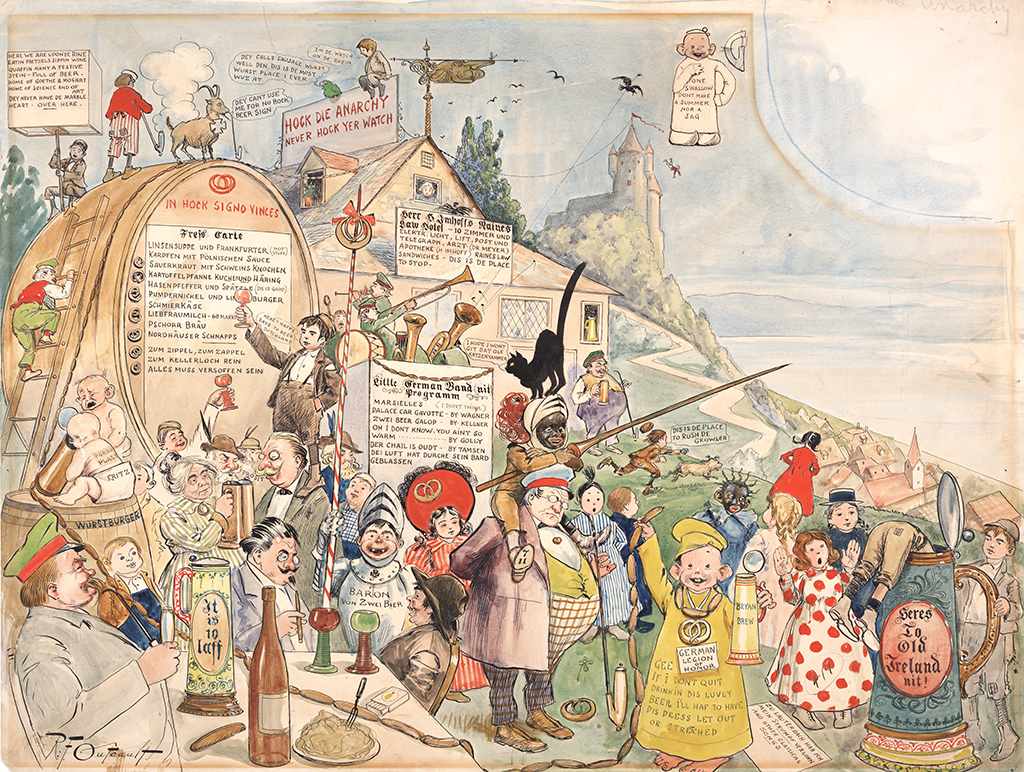 Richard F. Outcault
Around the World with the Yellow Kid:
The Yellow Kid Invades Germany
1897
Watercolor and ink on paper
International Museum of Cartoon Art Collection 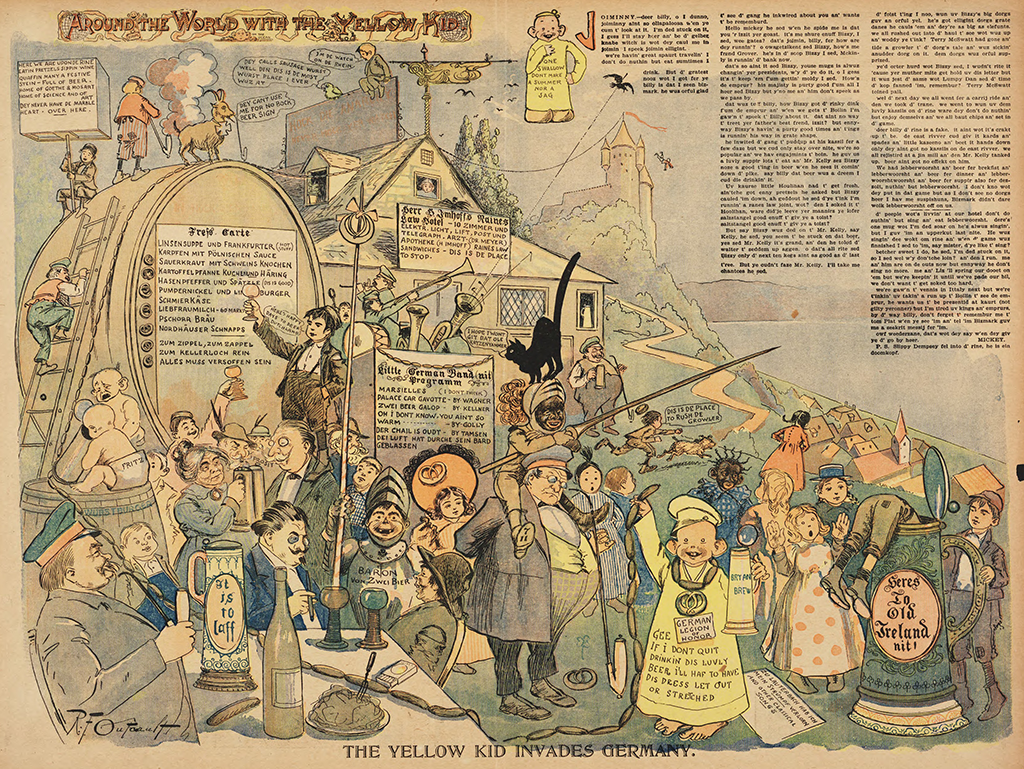