8. No Evil Shall Escape My Sight

Like all popular culture, comics reflect what is happening in society. During the Civil Rights era, the creators of superhero comics responded to the movement by adding more diverse superheroes to their universes and by tackling the issue of racism in their stories, most notably in this Green Lantern Co-starring Green Arrow issue.

In this story, the Green Lantern saves an old white man from being harassed by someone he assumes is a street thug, only to find out that the old man is a slumlord about to turn poor people out onto the street, including the grandmother of the young man he just arrested. In these pivotal pages, a black man who lives in the building asks Green Lantern why he has never once used his powers to fight the racism and discrimination faced by people of color in America.

Later, the Green Arrow accuses the Green Lantern and the Guardians, who guide him, of blindness to the evil of racism in America:

And remember America. It’s a good country…beautiful…fertile… and terribly sick! There are children dying, honest people cowering in fear, disillusioned kids ripping up campuses. On the streets of Memphis a good black man died… and in Los Angeles, a good white man fell. Something is wrong. Something is killing us all! Some hideous moral cancer is rotting our very souls. 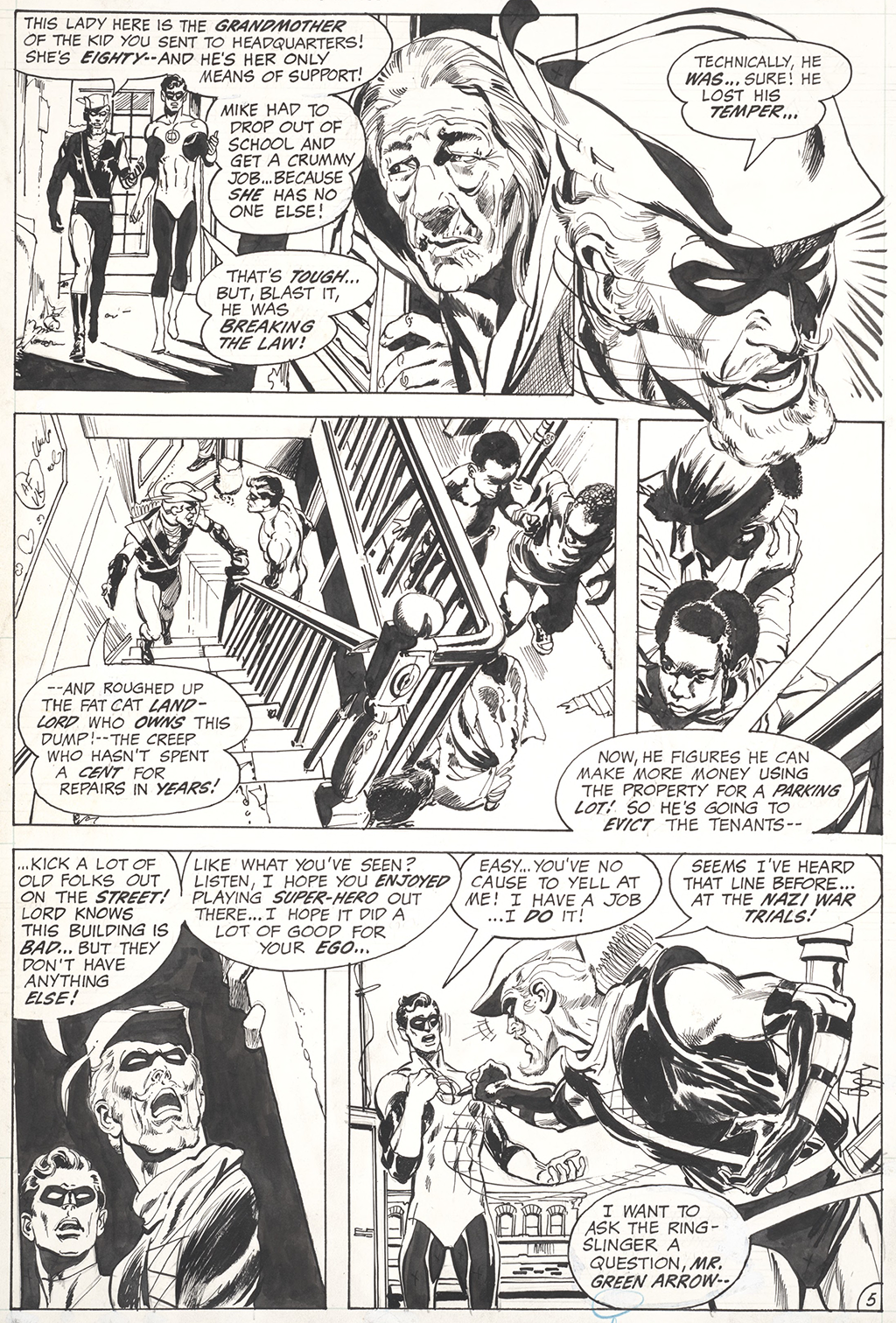 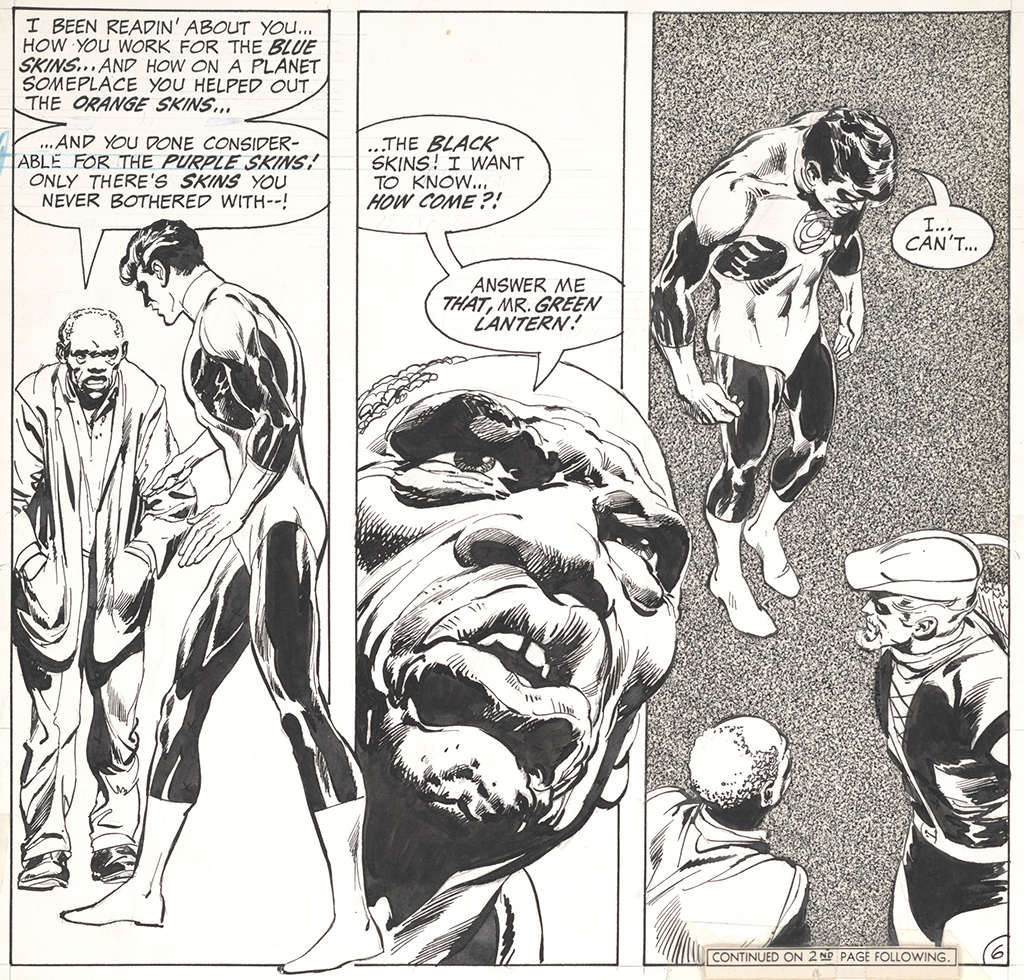 You can read the complete story in the book: Green Lantern/Green Arrow: Hard Travelin’ Heroes by Dennis O’Neil and Neal Adams, DC Comics, 2018. Find at your library.