From 1913-1944, George Herriman created Krazy Kat, one of the most imaginative, poetic, and visually inventive comic strips of all time. Herriman’s mixed-race family “passed” as white after moving from New Orleans to Los Angeles when he was ten. Throughout the strip’s run, Herriman played with the idea of identity, portraying fluid racial and gender identities for his characters.

In this strip, Krazy learns “what to do when it comes time for me to be a bride.” In this story Krazy adopts a feminine persona, but is also referred to as “him.” Herriman refused to assign a gender to his main characters. 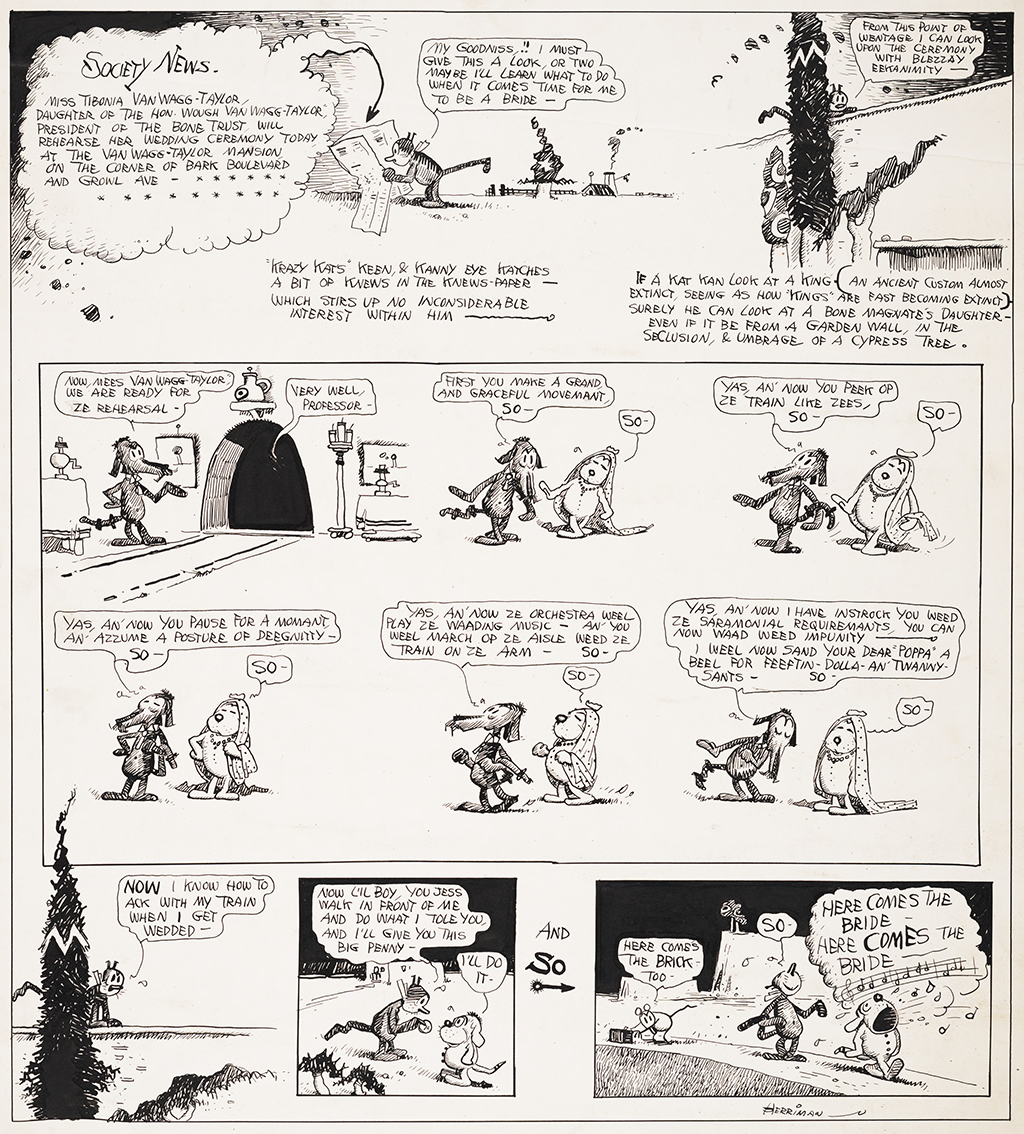