Milton Caniff’s groundbreaking Terry and The Pirates comic strip was innovative for many reasons, including its cinematic panel angles, use of chiaroscuro to create dramatic scenes and gripping story lines that stuck in the hearts and minds of readers across the country. Lesser known, however, is that Terry and The Pirates was host to one of the first lesbian characters in comic strip history. Caniff introduced Sanjak, evil villainess and “coded” lesbian, on February 12, 1939. Disguised at first as “Madame Sud,” a frumpy but feminine-appearing hotel owner, Sanjak reveals her true form in this page, after she successfully abducts the young and innocent April Kane, long-time love interest of the lead character Terry.

Sanjak not only cross-dresses, but her name has hidden meaning as well: Caniff claimed that Sanjak is also the name of an island next to Lesbos, the island from which the word “lesbian” originated. Caniff’s decision to make one of the first lesbian characters in a comic strip a villain shows us that innovative does not necessarily mean progressive, but her presence is meaningful nonetheless. The letters displayed here are a few of many written to Caniff in response to Sanjak’s debut, and they show her popularity among some fans. 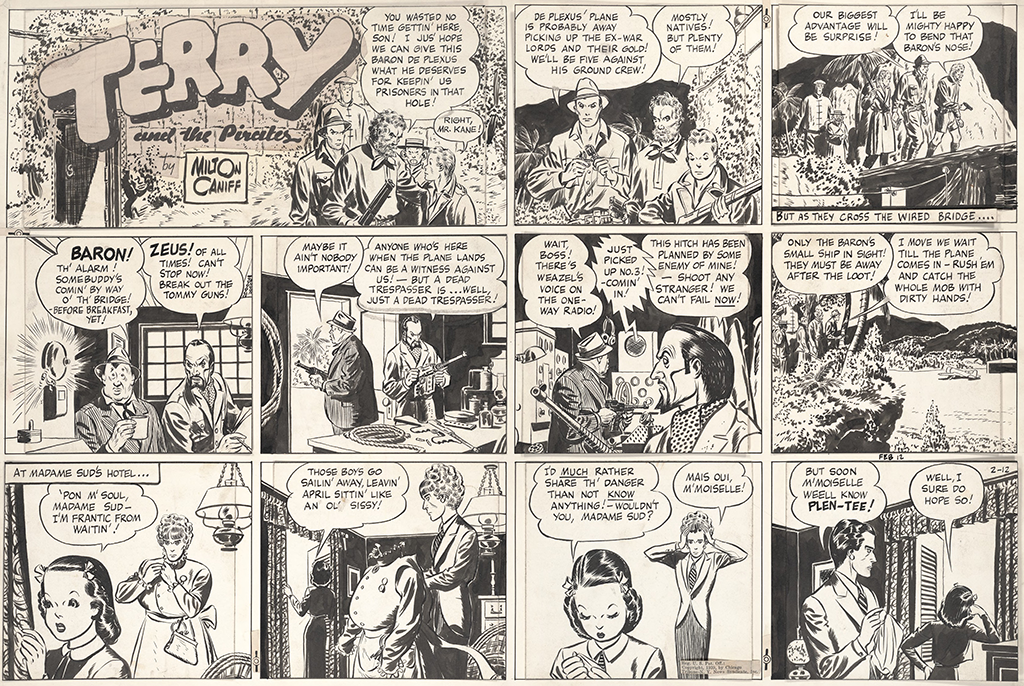 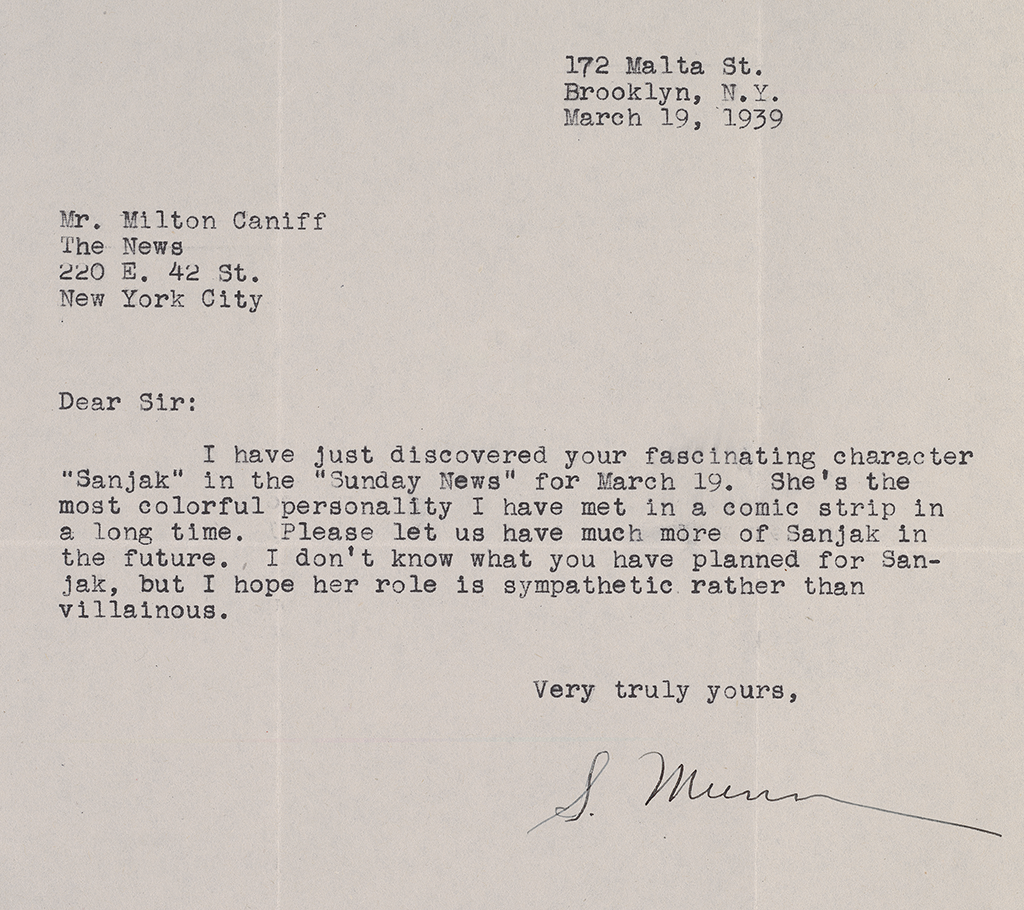 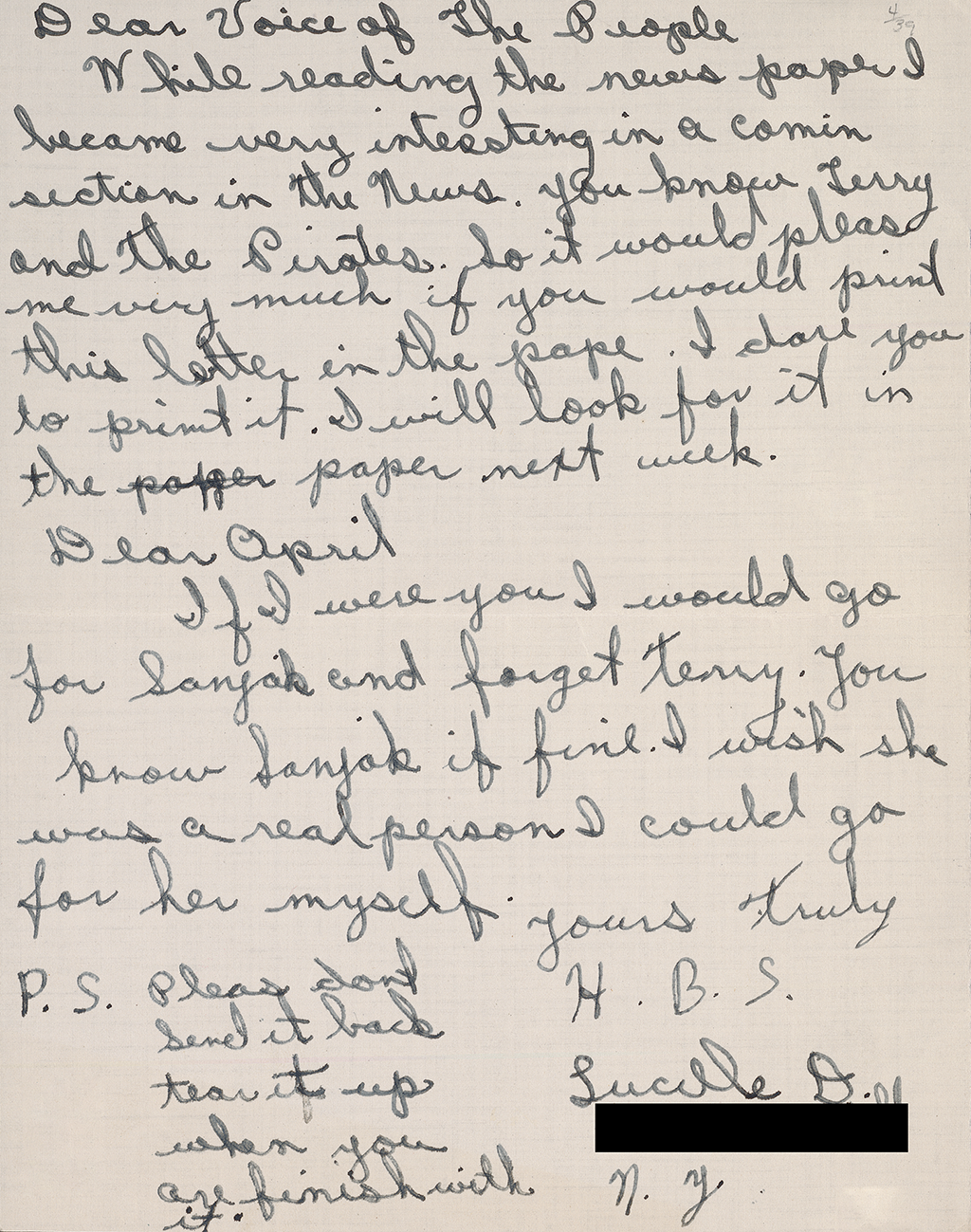 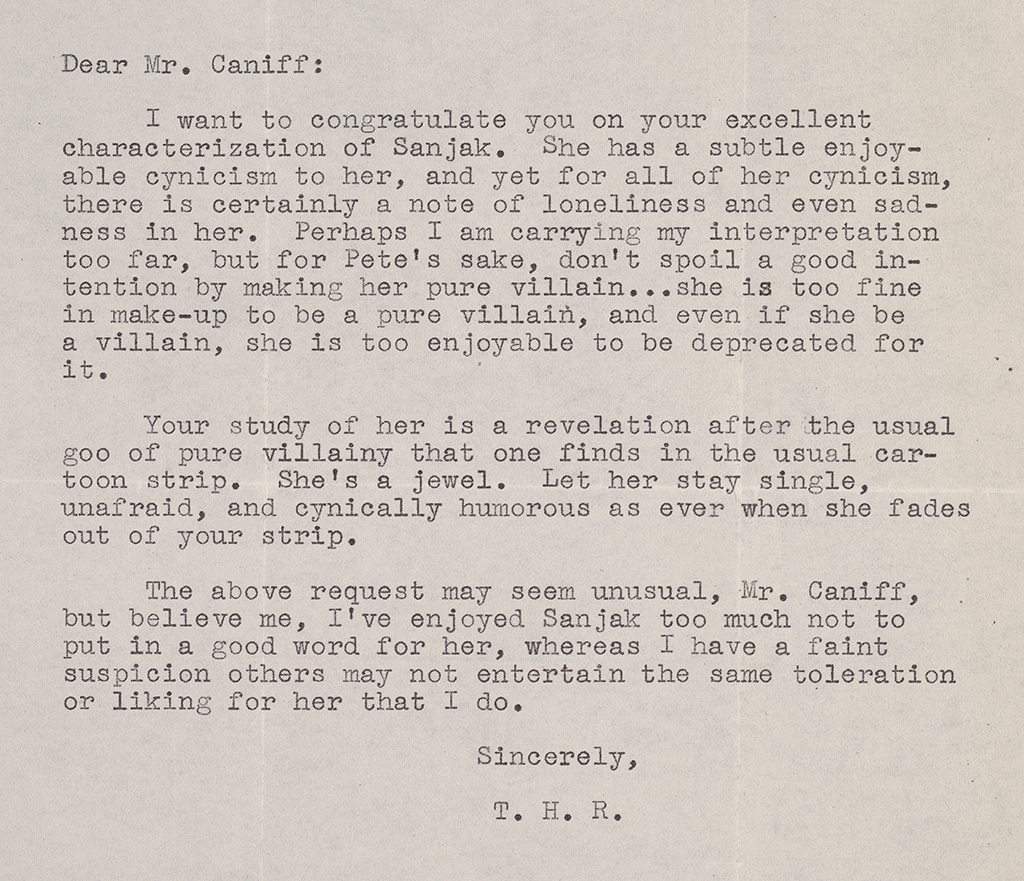