Jeff Smith debuted the comic strip Thorn in The Ohio State University’s newspaper The Lantern in 1982. After college, he attempted to get the strip syndicated to daily newspapers with no success. Inspired by opportunities he saw in the world of comic books, Smith decided to tell his story in serialized comic book format, adapting and expanding his college comic strip stories into what became Bone. He also made the unusual decision to self publish his books, making him one of the early pioneers of the comics self-publishing revolution of the 1990s, a movement that changed the face of comics publishing.  Bone went on to enjoy phenomenal success as a perennially-bestselling graphic novel for all ages. 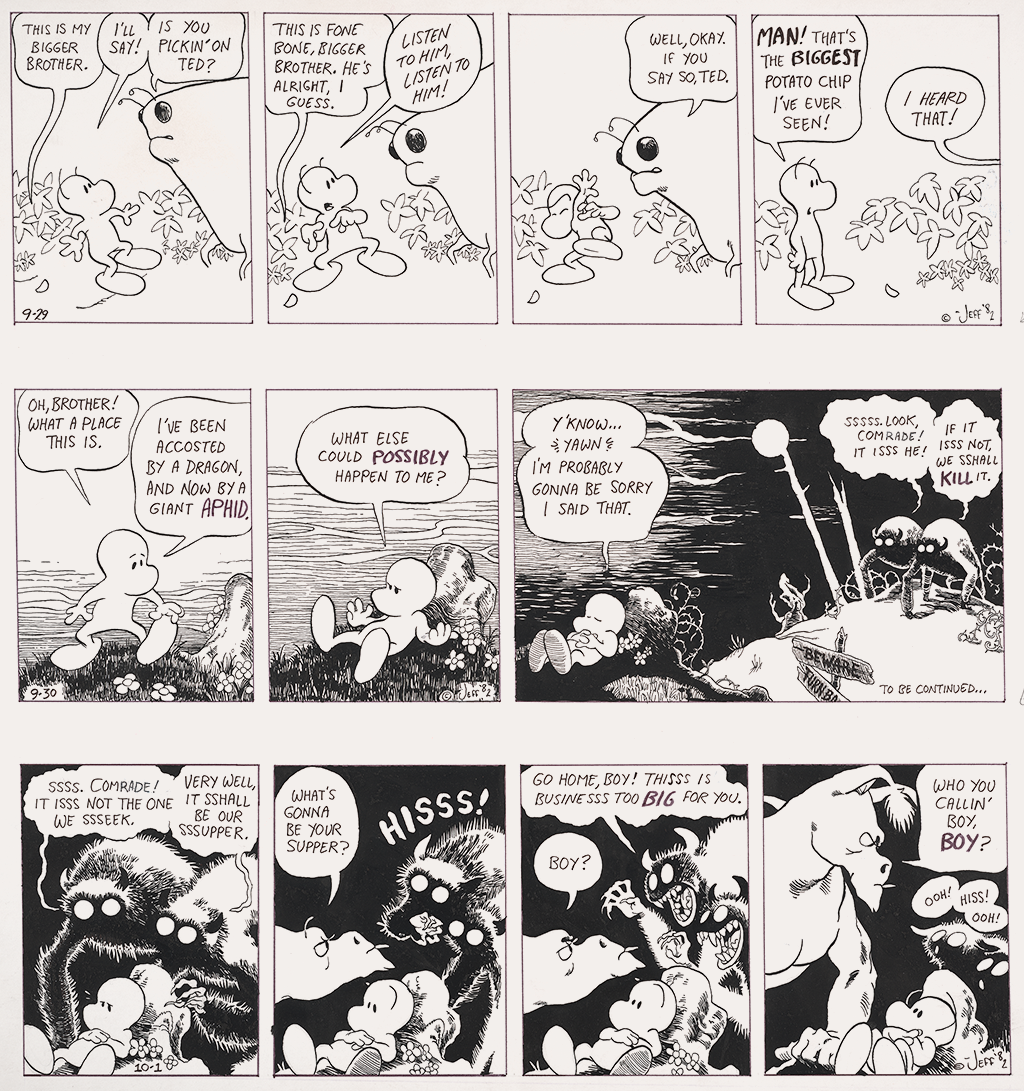 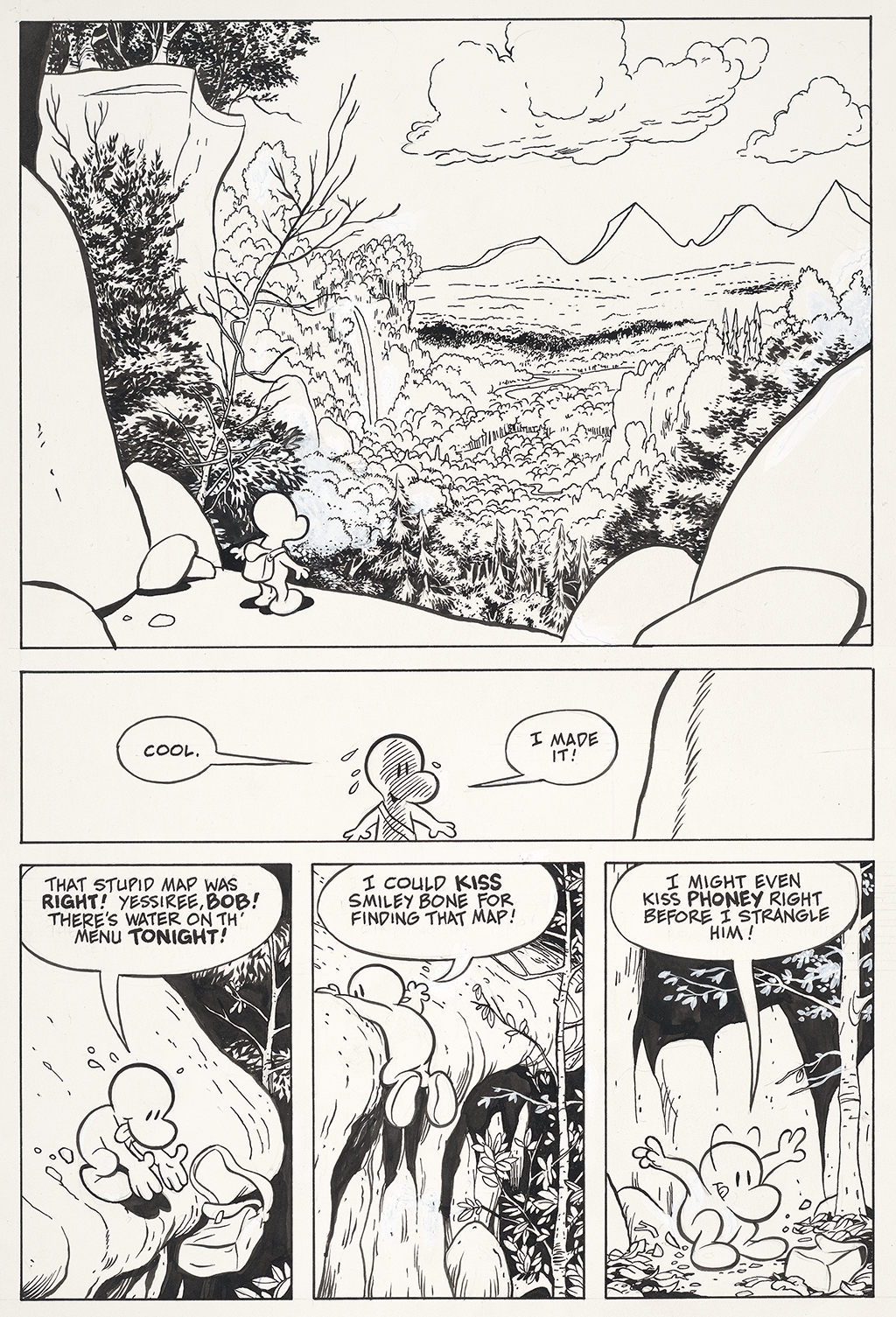 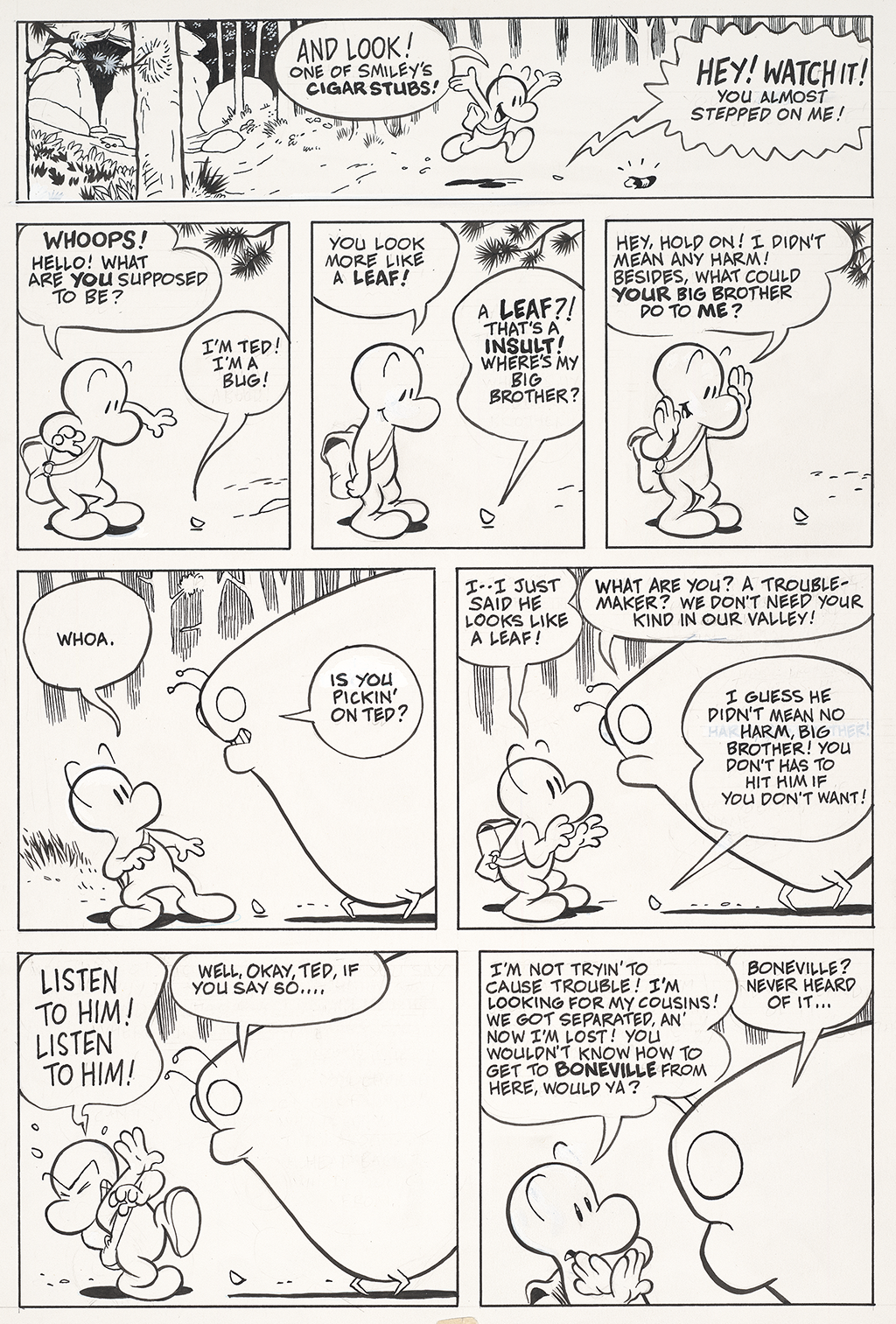