Death, illness, and trauma are not themes that most cartoonists choose to tackle in the “funny pages.” Lynn Johnston’s daily comic For Better or For Worse, which ran from 1979 to 2008, remains one of the few strips set in real time, meaning that the characters grow, age, and inevitably pass away. By 1995, the fictional Patterson family’s pet dog Farley had been a presence in the comic strip for much longer than an Old English Sheepdog’s typical lifespan. Over the course of a few weeks, Johnston wrote Farley’s death into the strip, allowing him to exit a hero after saving young April from drowning in a river. The combination of Farley’s age, the freezing water, and a strenuous feat contribute to Farley’s death while the Pattersons attend to their daughter April.

This sequence of strips, a mere handful out of the hundreds she drew in her career, garnered over 2,000 letters from fans, most of which are held at The Billy Ireland Cartoon Library & Museum. This selection reflects the spectrum of emotions triggered by the death of a fictional dog. Among this collection are sympathy cards and personal pet photographs, letters berating Johnston, and letters thanking her for her cathartic use of art to share a deep part of the human experience. 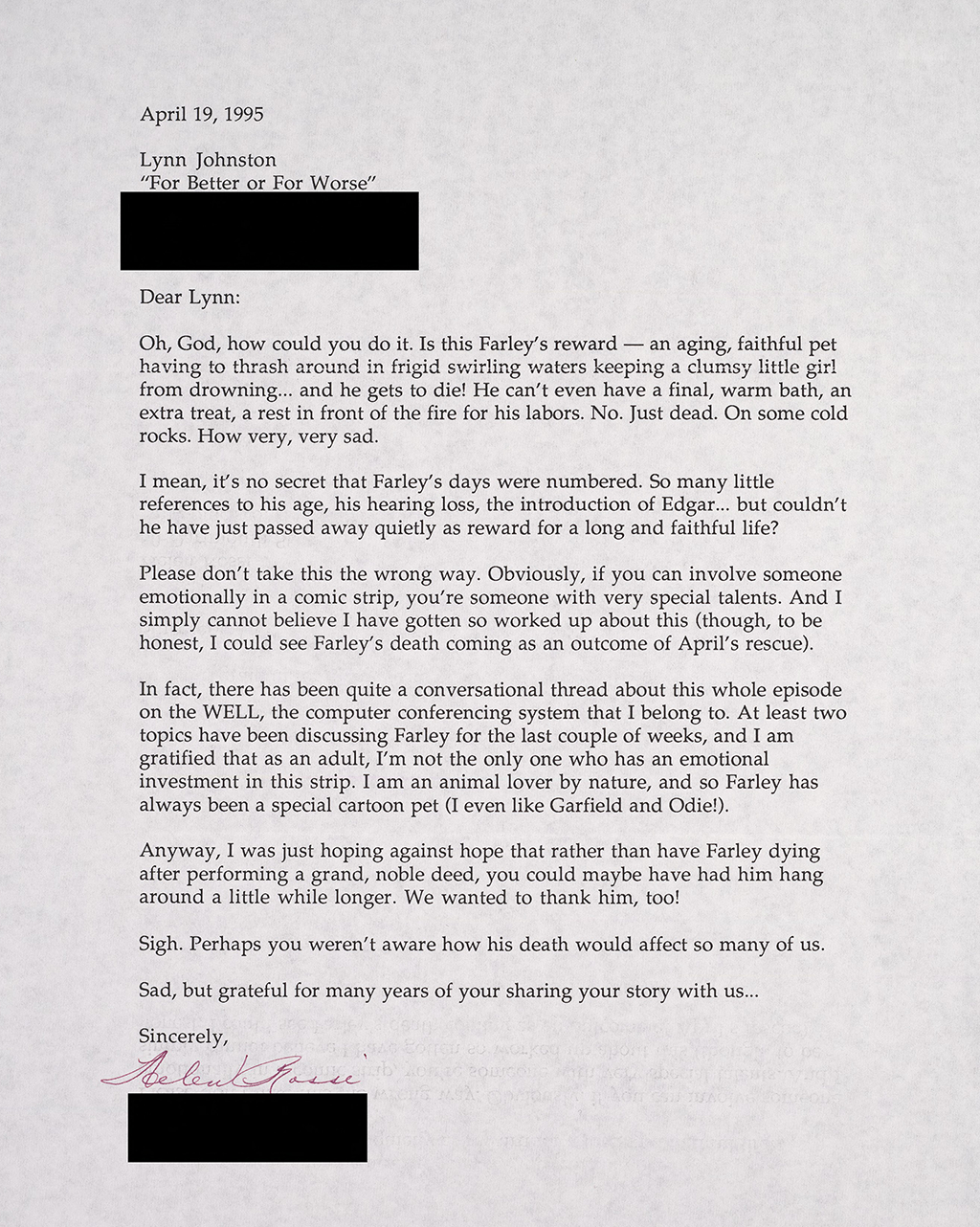 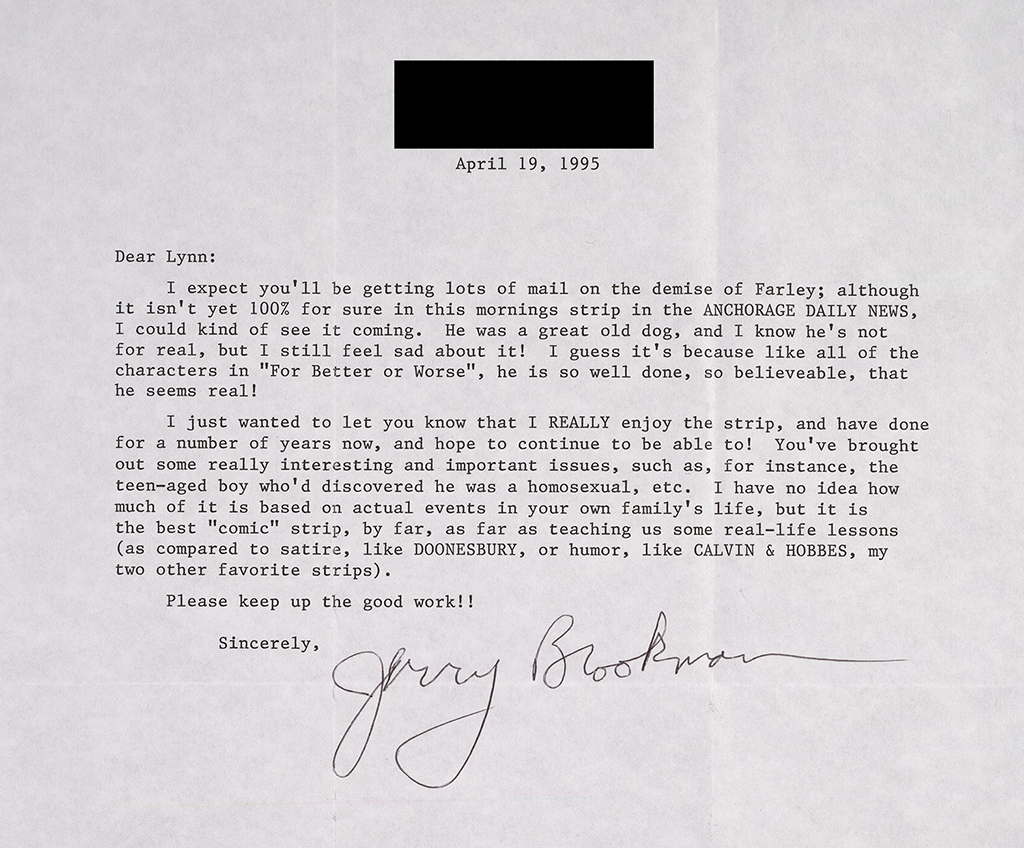 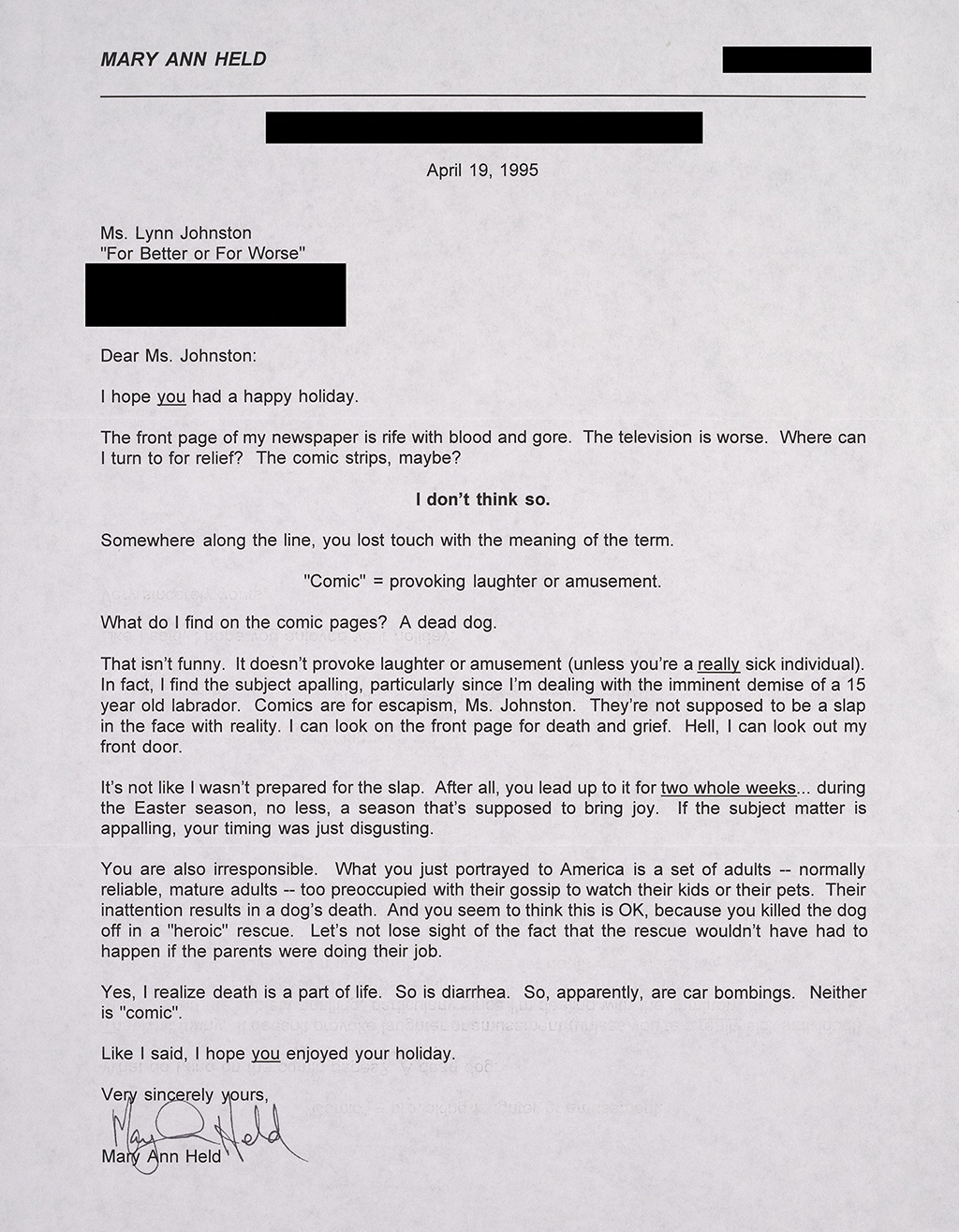 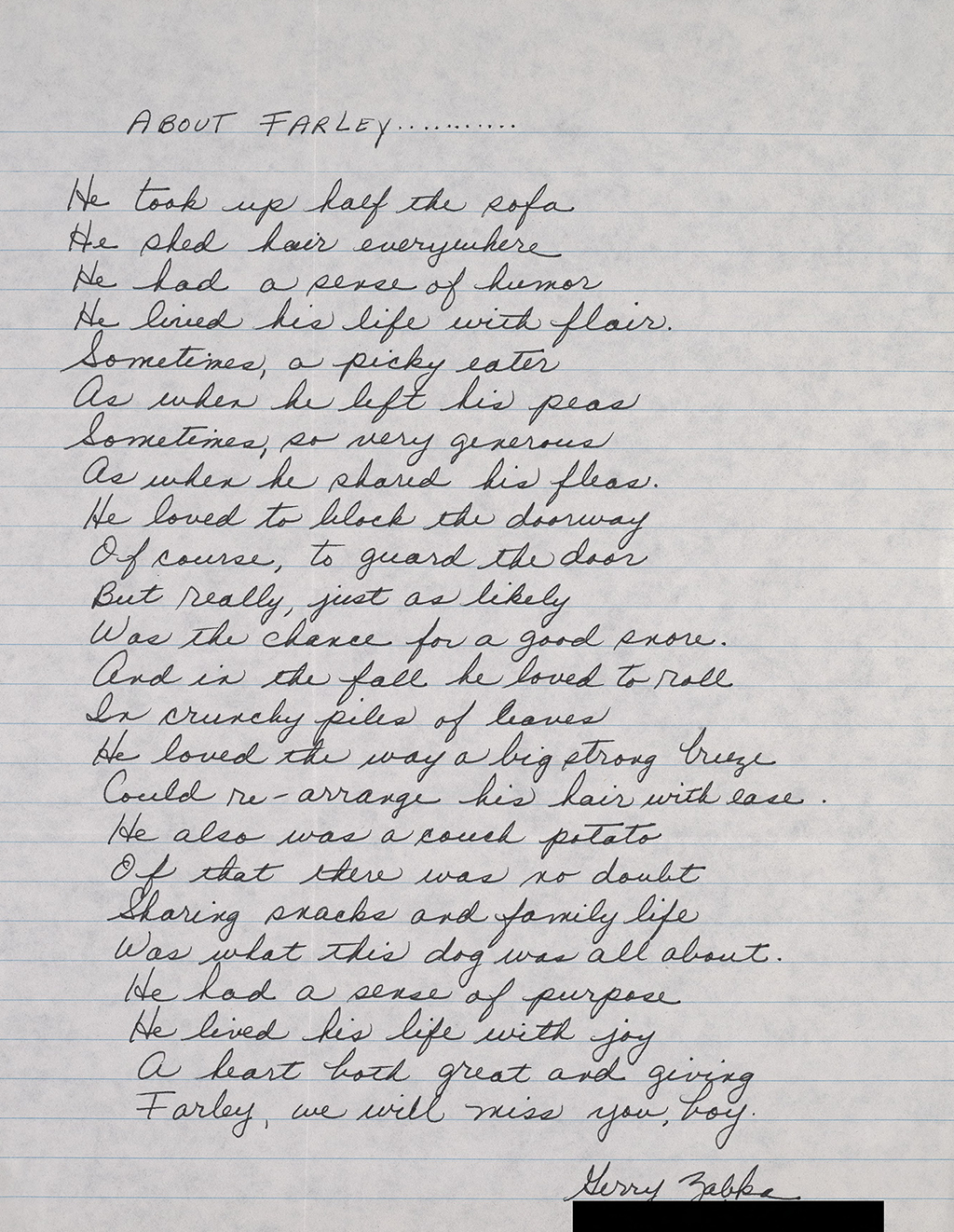