Lyonel Feininger is best known for his contributions to the Cubist and Expressionist art movements in the early 20th century. He was one of the founders of the Bauhaus School of art and architecture and a member of the Blue Four group of expressionists, along with Paul Klee and Vasily Kandinsky.

But before he turned to “serious” art, Feininger had a successful career as a cartoonist and caricaturist for magazines and newspapers. In 1906, the Chicago Tribune brought him on board with great fanfare to create the comic strip Kin-der-kids, a story about kids who embark on a rebellious round-the-world adventure in the family bathtub. The strip only ran for nine months but remains a masterpiece of visual innovation and style that displays hints of his later achievements in Cubism and Expressionism.

By 1907, Feininger left comic strips behind to focus entirely on fine art. A number of his paintings were featured in Adolph Hitler’s “Degenerate Art” exhibitions of the late 1930s. 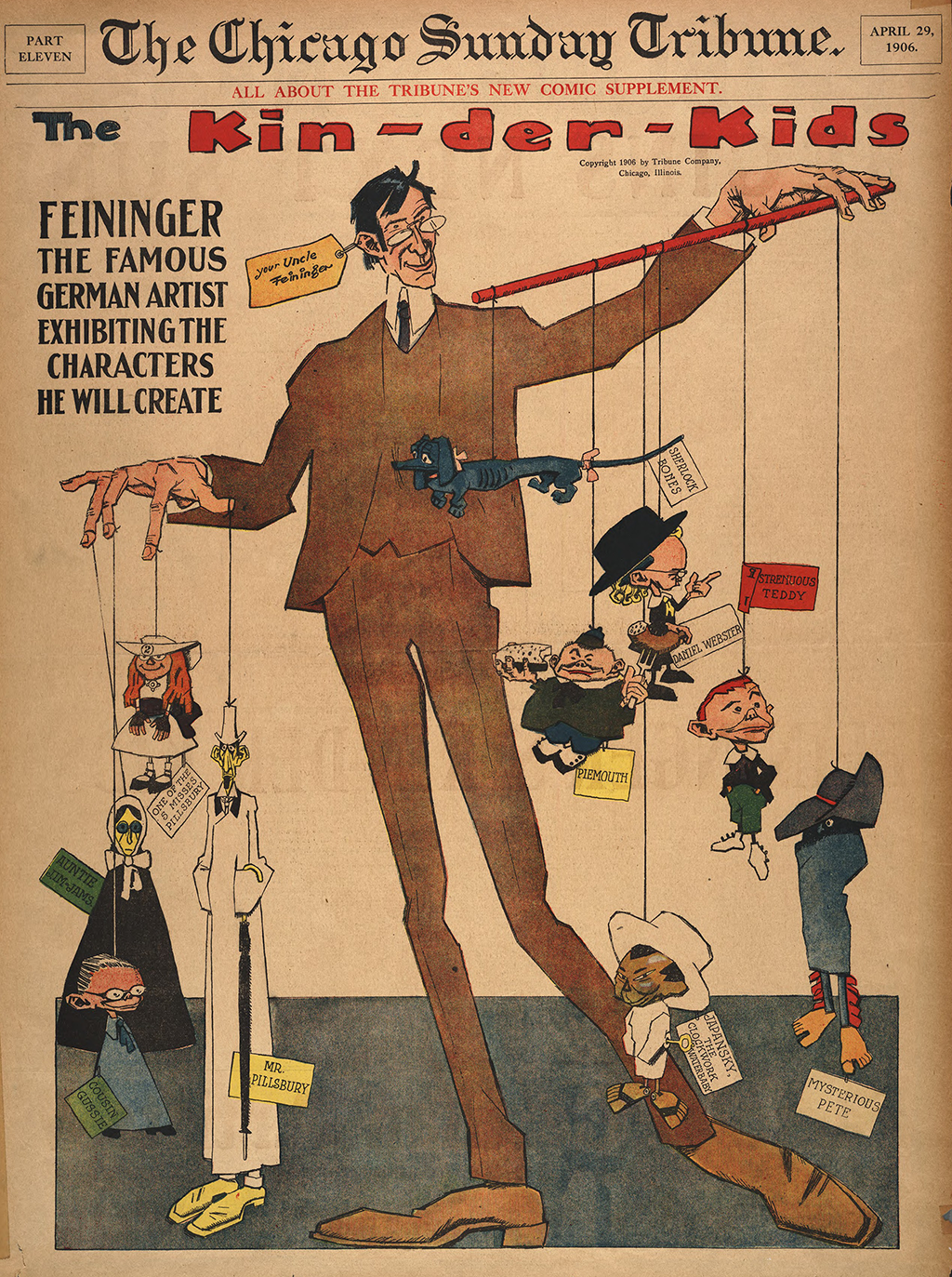