In the immediate aftermath of the assassinations, people all over the world began using the phrase “I am Charlie” or “Je Suis Charlie” to show solidarity with the victims and to denounce the attacks. The surviving staff published this issue of the magazine stating “All is Forgiven.”

These events raised issues surrounding the freedom of speech and the role of satire in society that are still being discussed and debated today. The magazine continues to publish and to challenge its audience with intentionally provocative cartoons. 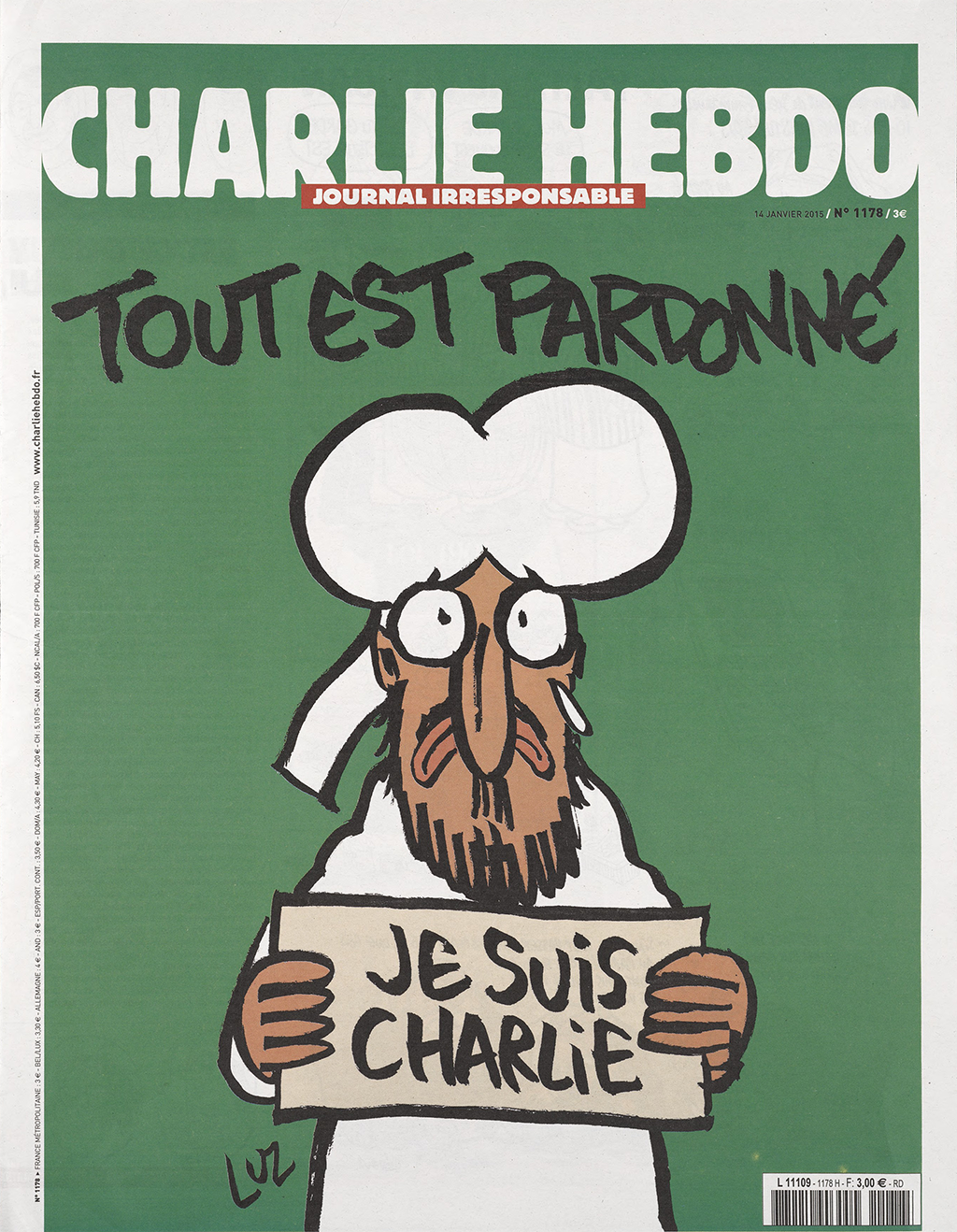