From Astrology to Astronomy: Cassini Maps the Stars

July 1, 2015 / stypinski.3@osu.edu / Comments Off on From Astrology to Astronomy: Cassini Maps the Stars 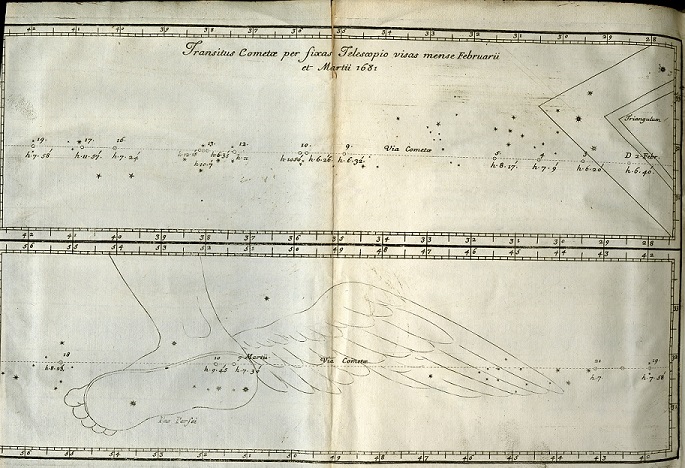 From Astrology to Astronomy:  Cassini Maps the Stars

Abregé des observations & des reflexions svr la comete qui a paru au mois de decembre 1680, & aux mois de ianveir, fevrier, & mars de cette Anneé 1681 was the first book I examined as I began working on the Provenance Project.  It is an account of observations of the path of a comet recorded over several months.  The author, Giovanni Domenico Cassini (also known by the French translation of his name, Jean-Dominque Cassini), was a 17th century astronomer.  He was born in Italy but eventually moved to France where he became a citizen (Zimmerman, 2012).  Cassini’s interest in astronomy derived from his study of astrology.  He was appointed a position at the Panzano Observatory in Bologna and later became a professor at the University of Bologna.  Cassini was known for many things including his observations of comets, planets, and orbital patterns. 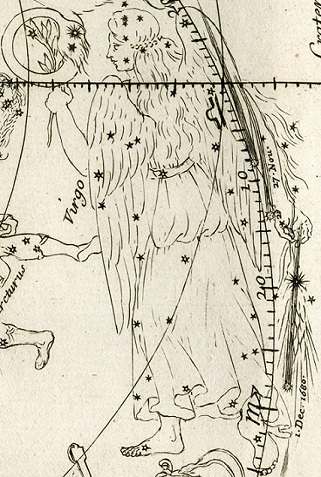 He was also a knowledgeable mathematician and engineer (Zimmerman, 2012).  He believed that the Earth was the center of the universe, which was reflected in his work.  He was the first to calculate the rotation of Jupiter and Mars and to see the spots and moons of Jupiter.  At the request of Louis XIV, Cassini moved to Paris to become head of the Paris Observatory where he made more significant discoveries such as finding four moons of Saturn and a gap in Saturn’s rings that has since been named the Cassini Division (O’Connor & Robertson, 2003).  His son eventually took over his position at the Paris Observatory.  Cassini started a family legacy of astronomers, and his influence continues to inspire scientists.

RBMS’ copy of the book, Abregé des observations & des reflexions svr la comete qui a paru au mois de decembre 1680, & aux mois de ianveir, fevrier, & mars de cette Anneé 1681, is a beautiful book with its gilded, leather binding, decorative borders, and detailed illustrations.  Some of the most fascinating parts of the book are the three foldouts.  The first is a chart of the path of the comet with an illustration of a winged foot.  The second is a map of constellations and stars.  The third is another chart.  The book was one of two works printed at E. Michallet, a publisher that appears to have specialized in scientific work, in that year (Open Library). 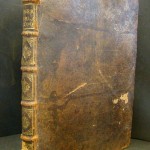 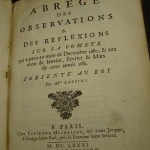 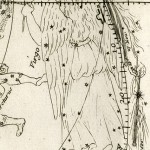 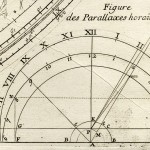 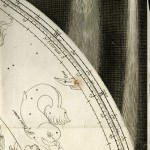 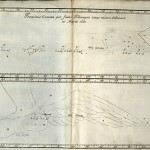 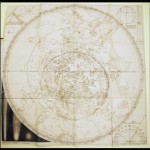 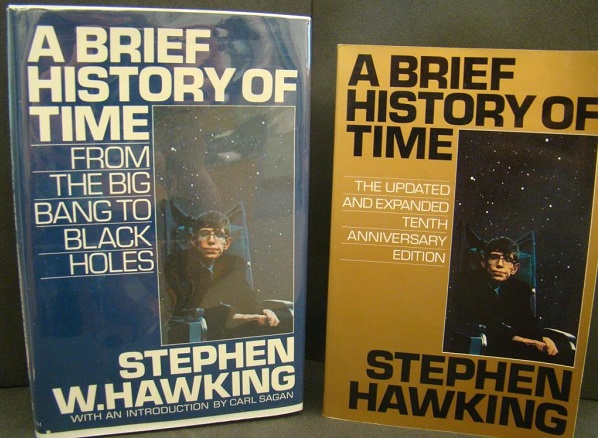 A Brief History of Time by Stephen Hawking

While working on the Provenance Project, I was fortunate to come across a copy of Stephen Hawking’s book, A Brief History of Time, in pristine condition.  It is not part of the Rare Books and Manuscripts Collection but is actually part of the collection belonging to the Theater Research Institute.   I thought it seemed a relevant topic, nonetheless, with the release of the movie, The Theory of Everything, based on a book written by Hawking’s ex-wife, Jane Wilde, about their life together.  It occurred to me that the movie has most likely renewed interest in the work.  From my personal observations, this seems to be the case.  I cannot speak on a national or global level, but when I attempted to check out a copy of the book from my public library, every copy in the system was already on loan.  Therefore, I thought it would be interesting to feature some elements of the book that has attracted such a large audience.   (See Coyle for more information about the importance of the book.)

Stephen Hawking began his work in physics in the 1960’s and has continued to contribute to the field despite suffering with Lou Gehrig’s disease.  The book was first published in 1988 by Bantam Books and was a best seller.  It presents some of science’s most fascinating questions in a way that is accessible to the everyday reader.  This is a major factor in the book’s ongoing success, selling over 10 million copies, as well as turning Hawking into “a curious kind of cultural icon” (Benford, 2002, Coyle;  BBC page).  In fact, in an article written about the book for the Wall Street Journal, Hawking talks about what a long and arduous process it was to complete the book and how surprised he was at its immediate success.  Hawking states that, “It was on the New York Times best-seller list for 147 weeks and on the London Times best-seller list for a record-breaking 237 weeks, has been translated into 40 languages, and has sold over 10 million copies world-wide” (Hawking, 2013).

The book, in itself, is a fascinating object.  A photograph of Hawking sitting in front of a starry background graces the front of both copies held in Special Collections, the book jacket of the original edition and the updated paperback from 1998.  Inside there are numerous illustrations, graphs, and diagrams to enjoy.  Interestingly, when discussing the reasons people have purchased the book, Hawking claims that some have admitted that they just thought it would look nice on their bookshelf or coffee table (Hawking, 2013). 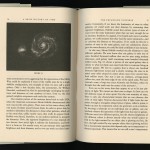 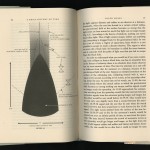 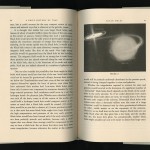 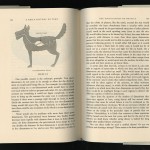 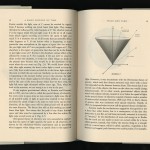 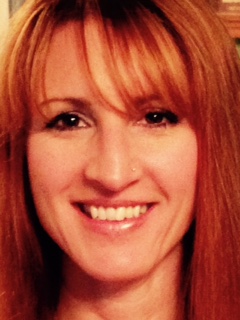 Hello!  My name is Megan Stypinski, and I am interning with Eric Johnson, Curator of Early Books and Manuscripts, at Ohio State Univeristy this summmer to learn about working with Rare Books and Manuscripts Library and Special Collections department.  I am currently a graduate student at Kent State University.  This opportunity is fulfilling my Culminating Experience requirement for the Masters of Library and Information Science degree.

My specialization is in museum studies, so I will be working with social media to highlight some unique and interesting pieces that I discover while learning about the collections held here at the university.  I will also be working on a small exhibit as my final project that I hope to share as well.

Aside from my studies at Kent State, I work as a part-time Circulation Assistant for the Worthington Libraries.  I also have a MA in Liberal Studies from Ohio Dominican University as well as a BA in English and a BS of Ed. in Secondary Language Arts from Ohio University.  Spending time in the Rare Books and Manuscripts Library and learning from the valuable professionals in Ohio State University’s Special Collections is a wonderful way to combine my interest in museums with my work experience in a library setting.  I am grateful for the time that I have been granted to learn about the profession, and I hope you enjoy my contributions.