Charles Nelan (1858-1904) was a native of Akron, Ohio.  He was hired as the cartoonist for the Cleveland Press in 1888, and his work was soon distributed by the Scripps-McRae League.  He is considered the nation’s first syndicated editorial cartoonist.  In 1897 Nelan began work at the New York Herald and the cartoons he drew for this newspaper during the Spanish-American War were compiled into his only book, Cartoons of our War with Spain.  He went to the Philadelphia North American in 1901 where his caricatures of Samuel Pennypacker motivated the Pennsylvania legislature to pass an anti-cartoon law.  Nelan was hired by the New York Globe in 1903, but illness forced him to retire shortly thereafter. 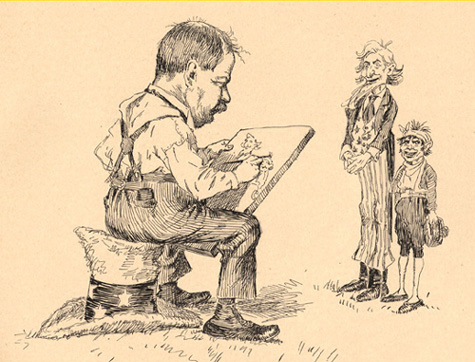