Conference: “Saints and Holy Places in the Balkans”

An  international conference was held June 14-16, 2012, which was organized as part of the Encyclopaedia Slavica Sanctorum project by the Department of Cyrillo-Methodian Studies, Sofia University “St. Kliment Okhridski,” and the Institute of Literature of the Bulgarian Academy of Sciences. 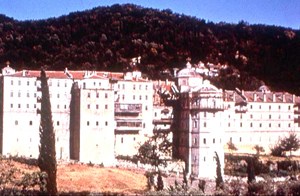 Panel topics focused on cults of saints in relation to history, images, hymnography, interfaith communication, ritual and culture in Bulgarian lands, and texts in the Balkans. Other panels included: Saints and Holy Places in Popular Culture, Hagiographic Texts and their Translations, Linguistic Features and Textual Versions of the Works Dedicated to Saints, the Martyr Saints, Hagiographic Texts on Women Saints; Hagiography and Culture;  and Cult, Commemoration, and Calendars: East and West.

Time was also given to project presentations and new books on hagiography. On the 16th there was discussion of the Encyclopaedia Slavica Sanctorum project and a demonstration of this electronic reference.

A History of “Cyrillic Manuscript Heritage”