The genre of educational manga is also very diverse. Some are created with the explicit goal of teaching a new topic. For instance, Kadokawa Shoten created their own in-house “History of Japan” series with the expressed focus of teaching history.  Similarly, Ohmsha’s “The manga guide to” series  is solely devoted to helping readers learn about science and mathematics. In addition, many manga are intended as tangentially educational. For example, the Rose of Versailles is considered by many to be educational in that it portrays many historical events relatively accurately. Manga is also capable of inspiring readers to learn more about a subject. For example, Hikaru no Go, a manga about the Go board game, spurred a sudden increase in youths interested in the game.

The Libraries at Ohio State has a great number of educational manga, covering subjects as varied as history and art to math and science and even fishing and tea ceremonies.

Here are some educational manga available in the Japanese Studies Collections:

A fresh hire at a construction company learns the ins-and-outs of concrete construction through various experiences at the construction site. The reader joins him as he learns quality and site control of industrial construction. The manga explains the different characteristics of concrete and is a good introduction for beginners. The manga format allows readers to easily digest the material with easy-to-follow descriptions and pictures.

This manga helps readers understand the foundations of statistical indicators such as average values, statistical estimations, and hypothesis testing. It is targeted at absolute beginners and tries to help them understand and use basic statistical concepts through relatable examples and a breezy conversation style.

This manga introduces readers to the Japanese tea ceremony through vignettes of the legendary historical tea master, Sen no Rikyu, and other historical references including “Tea Shogetsu Collection” and “Minamikata Record.” It contains twenty fun short stories with Rikyu, and ease readers into the esoteric and often strict world of tea ceremony.

The manga includes biographies of famous martial artists and describes how current budō (martial arts) has developed from the teachings of past great masters. Although budō is commonly thought to be about the domination of another, professionals conceptualize the martial arts differently. For them, the core of budō is about self-improvement and challenging oneself.  This manga shows some of the great masters’ various attitudes and philosophies on budō.

This anthology is a collection of short comics from popular manga artists from the post-WWII era. It divides post-WWII Japanese history into four parts: the reconstruction, the rapid economy growth, the prosperity, and the future. The anthology collects manga from each time period and gives you a sense of the Showa period. Stories include people who were hurt because of the war and a tale of a pet dog being treated as a member of the family. The topics vary and each short manga comes with commentary from the author.

The manga explains the “CLMB,” which is a group of developing countries in Asia consisting of  Cambodia, Laos, Myanmar and Bangladesh.  Given their recent economic growth and geographic location, they will later play important roles in the development of the region. The manga gives recent economic and geopolitical information along with clear graphs with further insights on the region.

This book introduces the history of modern Japan through 200 representative satirical manga.  It takes a look at historically and culturally important political cartoons such as “Japan Punch,” which was published from 1862-1887 by the English painter and cartoonist Charles Wirgman.  Among other historical publications covered in this volume is the series “Marumaru chinbun,” which founded in 1877, was connected to the Freedom and People’s Rights Movement. 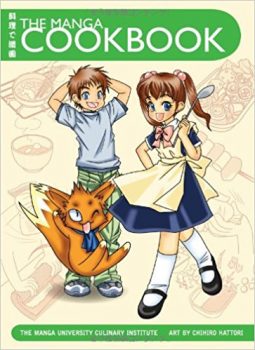 Noh, which translates literally as “skill” or “talent,” is a type of musical drama that was first performed in Japan in the fourteenth century.  It is the oldest type of Japanese theater that is still regularly performed today.  Many noh stories are written in archaic Japanese, which can be very difficult to read, but the manga format of this book makes it easier for beginners. It is especially helpful for noh novices to read both before going to see the play as well as after the show.

This is a guide book for fishing beginners. The book introduces elementary fishing skills and describes the different ways you can fish, whether it be on a riverbank, by the beach, or in the ocean.

The book explains the complex, sometimes difficult, relationship between Japan and China through the lens of politics, economics, and diplomacy.

This book introduces the many different fields of law such as Juvenile Law, Commercial Law, Social Security Law, and Legal Sociology with examples  from Japanese popular comic books. For example,  it uses the famous manga “Blackjack” to illustrate criminal law and the issue of euthanasia problem. The book uses manga to inspire and motivate readers to think about what law is.

This volume introduces Japanese history from the beginning of the Paleolithic age to the early modern and contemporary periods.  A five-volume series, it covers many important historical events but is not too detailed and is thus easy to read.  Aimed at spurring kids’ interest in history, it leaves out complicated and difficult terms.