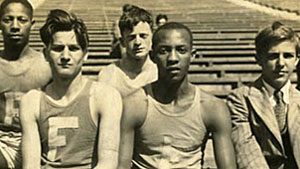 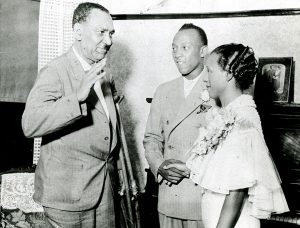 1932: Owens competes in the Midwestern preliminary trials at Northwestern University. Owens loses all three events in which he competes.

1932: [Autumn] Owens is elected president of his senior class and captain of the track team.

1933: [Spring] Owens finishes first in 75 of the 79 competitions he enters. He breaks the long-jump record at the state interscholastic finals. 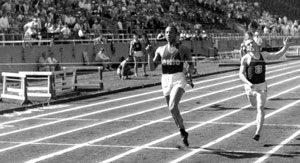 1935: Owens is appointed as an honorary page for a legislative committee at the Ohio Statehouse.

1936: [June 15] Owens finishes his last quarter at OSU before the Olympics.

1937: [January] Jesse signs a contract with Consolidated Radio Artists as an entertainer.

1940: [October 1] Owens returns to OSU but he is soon placed on academic probation.

1942: [January] Owens is appointed the Director of National Fitness by the U.S. Office of Civilian Defense.

1943: Ford Motor Co. hires Owens as Assistant Personnel Director of African-American workers. He is then promoted to director, then later works in public relations.

1949: Owens and his family move to Chicago, where he establishes a public relations agency. 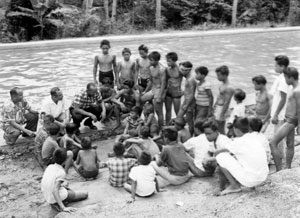 1950: The Associated Press names Owens the greatest track athlete of the past half-century.

1955: Owens travels to India, Philippines, and Malaysia to lead running clinics, but also to promote the economic and political freedoms of the United States. 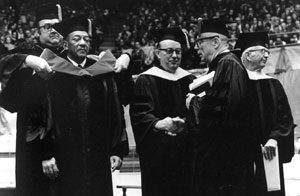 1970: Owens’ memoir, Blackthink: My Life as Black Man and White Man, is published.

1971: President Richard Nixon sends Owens to the Ivory Coast in West Africa to lead running clinics and promote economic and political freedoms of the United States.

1972: OSU awards Owens with an honorary doctorate of athletic arts “for his unparalleled skill and ability” as an athlete and for “his personification of sportsmanship ideals.”

1973: U.S. Olympic Committee appoints Owens to its board of directors. He spends most of his time in this position pushing for funding to equip and train U.S. athletes. 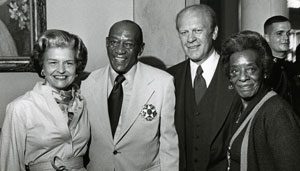 1974: Owens is inducted into the U.S. Track and Field Hall of Fame.

1976: President Gerald Ford presents Owens with the Presidential Medal of Freedom, the highest civilian honor given by the U.S. government.

1979: Owens, a lifetime smoker, is diagnosed with lung cancer.

1984: [May 4] The Jesse Owens Memorial Plaza is dedicated outside of Ohio Stadium.

2009: [November 6] At a hearing held at OSU, state lawmakers hear testimony on why Owens should be chosen for a statue to be placed in the Nation Statuary Hall in the U.S. Capitol.