In Japanese folklore, yōkai (妖怪) refers to legendary ghosts, monsters, and spirits.  Rooted in Japanese animism, ancient Japanese religion, and the providence of nature, these mythical creatures are attributed with strange behaviors to explain the otherwise mysterious phenomena encountered in ancient life. Shedding light on the meaning of this word, the two kanji for yōkai, mean “attractive, bewitching” (妖)  and “mystery, wonder” (怪) respectively.  Because of their connection to human nature, yōkai were often depicted as strange embodiments of ordinary individuals or creatures — some resembling humans, for example, with altered features such as a long neck or three eyes.  Others looked like strange animals, plants, insects, or household goods. 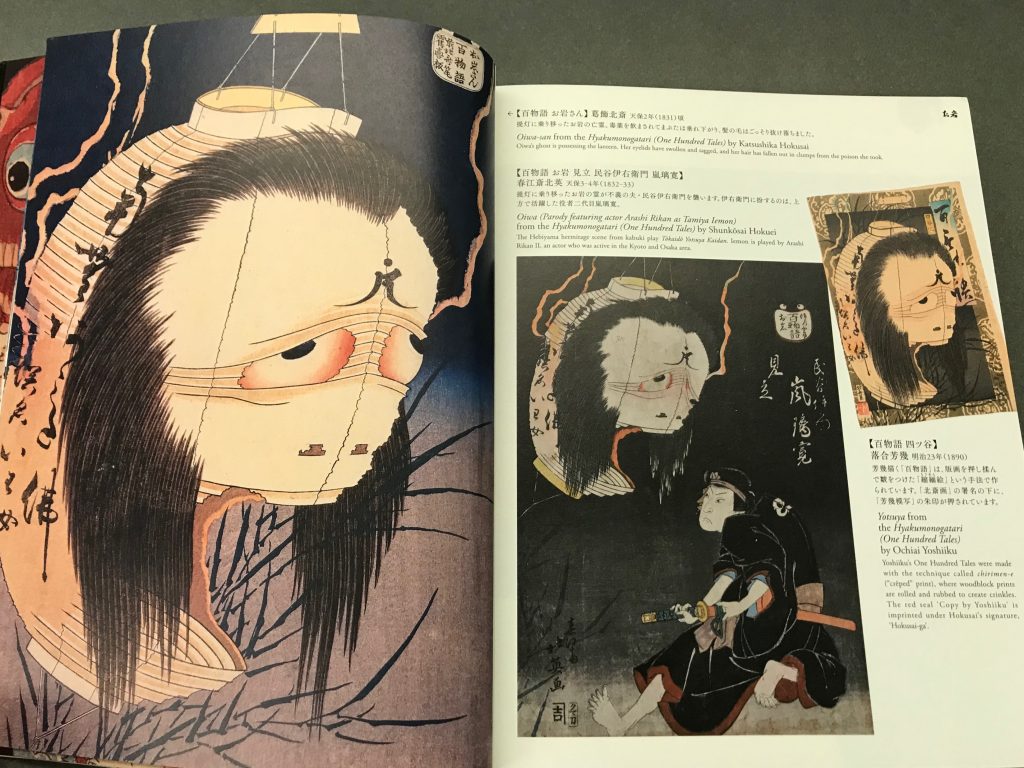 Most yōkai were also believed to have supernatural abilities that surpassed human understanding.  Some were evil, and others were simply mischievous.

While the history of yōkai stretches back to the 8th century, visual representations of them only started to appeared in Japan’s medieval period (1185-1600 CE).  Some of the most famous examples of early depictions yōkai can be found in the illustrated handscrolls (emaki, 絵巻) called “Night Parade of One Hundred Demons” (Hyakki Yakkō, 百鬼夜行), which feature numerous creatures.  Depicted over many years, the strange yōkai in these various scrolls were once manmade objects (such as musical instruments, kitchen utensils, and human clothing) who were discarded by their owners.  Eventually, they transformed into animate objects, paraded around at night, committed pranks, and sought  revenge.  According to art historian Elizabeth Lillehoj, the hyakki yakkō scrolls, with their mischievous and sometimes hostile yōkai, have been reproduced by various artists since the fourteenth century — and perhaps even earlier — and document a great reverence for tools in Japan (Lillehoi, 8). 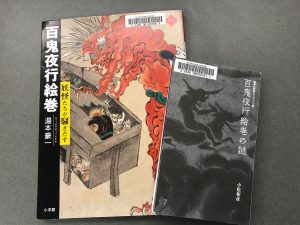 While yōkai were traditionally connected to Japanese religion, the strange creatures eventually became the focus of popular entertainment and art. In the Edo era (1603-1868), many woodblock print artists started drawing yōkai in their works.  Meanwhile, in more contemporary times, the cartoonist Mizuki Shigeru (1922-2015) has created the manga series Gegege no Kitarō  (ゲゲゲの鬼太郎), in which the main characters are all mythical creatures. In the late 1960s, Mizuki’s work became increasingly popular and was adapted for animation, live-action film, and other audiovisual formats.  Many books about yōkai and/or Mizuki Shigeru were published as a result and are now available at OSU Libraries. 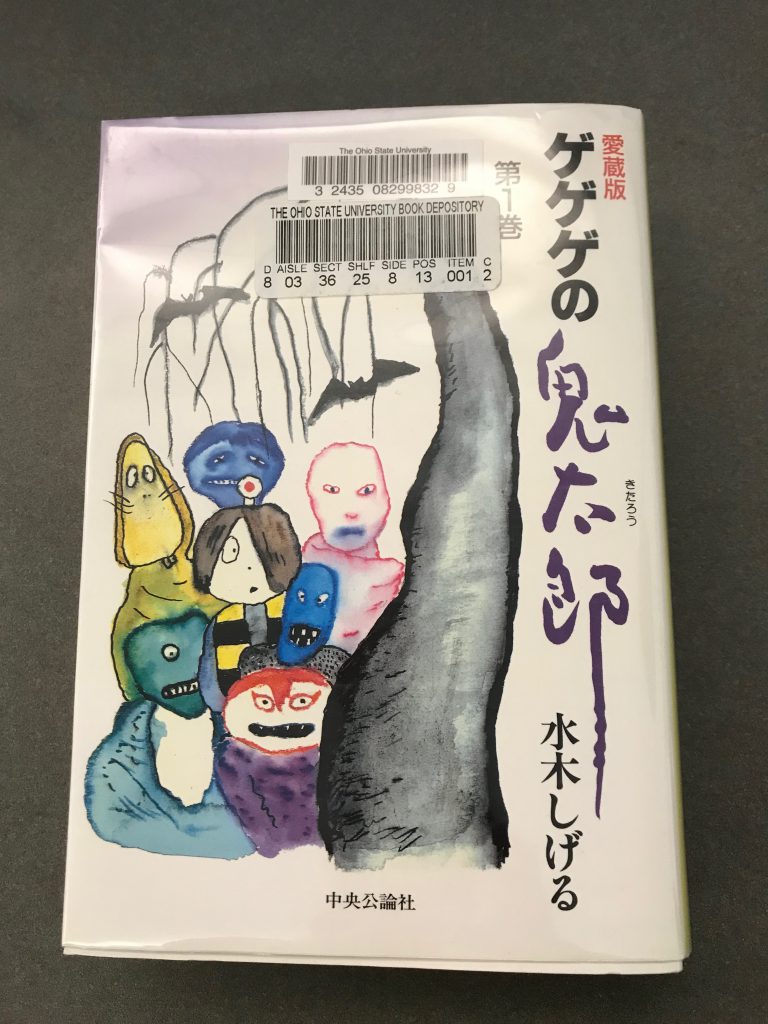 Yōkai are just one of many types of popular Japan monsters–such as Godzilla and Pokémon –that have had tremendous global appeal .  On November 19, 2019, OSU Libraries will partner with the Institute of Japanese Studies and the Department of East Asian Languages and Literature to hold a lecture on Godzilla, a modern-day monster, by distinguished guest, Professor William Tsutsui. At that time, we look forward to presenting a small pop-up exhibit on monsters including Yōkai, Godzilla, and Pokémon.  Come by to see and hear all about Japan’s monsters, past and present, in Room 165!

Yōkai-related materials can be found in the OSU Library catalog (https://library.osu.edu/) by simply searching the term “yōkai” as a key word.  Among these, popular titles (including those mentioned above) available at OSU Libraries are:

Original research on the hyaki yakkō scrolls can be found in the article: 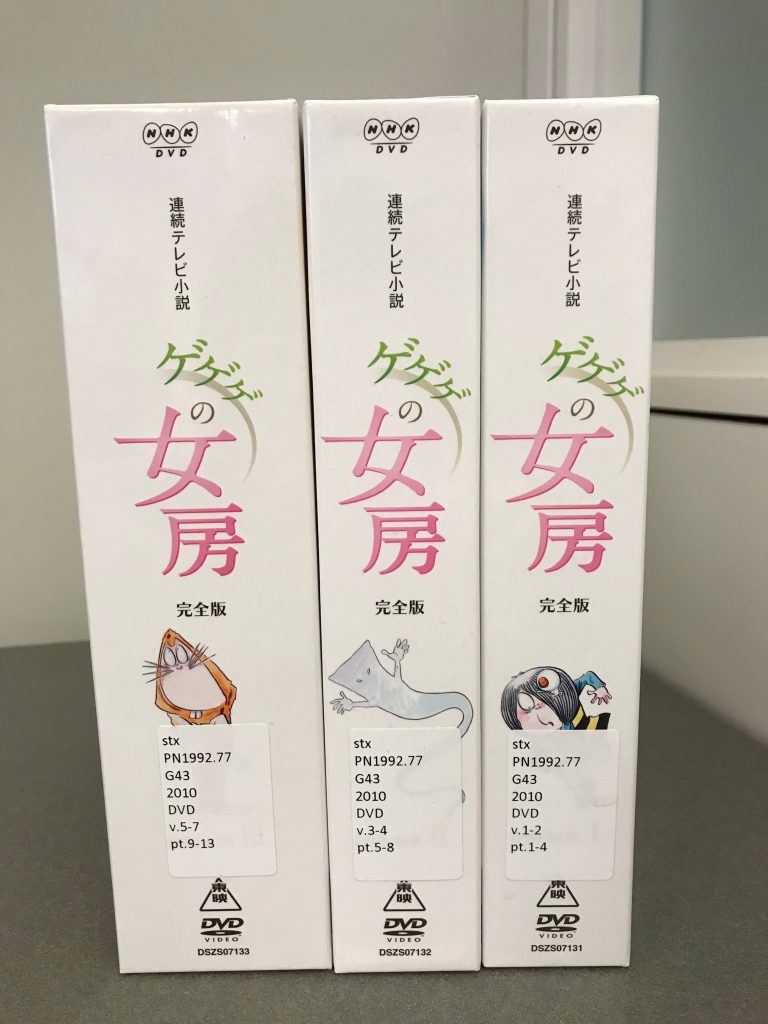