August 28, 2015 / Maria Scheid / Comments Off on Copyright and Accessibility

Many educational institutions, including Ohio State, share the mission of advancing and encouraging the spread of knowledge. At times, however, the exclusive rights of copyright owners can impede this mission by conflicting with the important objective of making works accessible to all, particularly to individuals with disabilities. Even with the emergence of new technologies that facilitate instantaneous copying and dissemination of materials, owner control over reproduction and distribution of works has continued to create an obstacle to the growth of works in formats accessible to individuals with print, hearing, or other disabilities. Statistics from the World Blind Union reveal, for example, that of the approximately 1 million books published per year, less than 5% are made in formats accessible to the print-disabled.[1] Given the significant societal benefit that is achieved by promoting equal access, it is important to understand the provisions of copyright law that currently support the growth of works in accessible formats and identify opportunities for further change.

Current U.S. copyright law lacks a blanket exception for accessibility, relying instead on a patchwork of statutory exceptions and the doctrine of fair use. This blog will cover some of these current key exceptions, as well as potential developments under national and international law.

The Chafee Amendment and Performance of Literary Works under §110

One important provision in copyright law that promotes accessibility to copyrighted works is the Chafee Amendment. The Chafee Amendment (17 U.S.C. § 121) permits an authorized entity to reproduce or distribute copies of previously published nondramatic literary works if the copies are reproduced or distributed in specialized formats exclusively for use by blind or other persons with disabilities.

Section 1201 of the Digital Millennium Copyright Act (DMCA) prohibits any individual from circumventing technological protections measures placed on a work. For example, you cannot decrypt DVDs protected by Content Scrambling System (CSS). The law, however, provides exemptions to this anti-circumvention rule. One current exemption, in effect from 2012-2015, allows for the circumvention of electronically distributed literary works that are protected by technological measures when those technological protection measures prevent the enabling of read aloud functionality or interfere with screen readers or other assistive technologies. Literary works must be lawfully obtained by a blind or other person with a disability (for nondramatic literary works the work must be lawfully obtained and used by an authorized entity under the Chafee Amendment) and the rights owner must be appropriately remunerated for the price of the mainstream copy of the work. A renewal of this exemption has been requested in the 2015 triennial review.[3]

Another current exemption permits the circumvention of motion pictures and other audiovisual works that are on DVDs protected by the Content Scrambling System (CSS) or distributed by an online service that is protected by technological measures, in order to facilitate research and development of players that are capable of providing captioning or descriptive audio.

The Important Role of Fair Use

The statutory exceptions listed above are relatively narrow in their applications, including limitations on who may reproduce or transmit a work, the type of work that may be reproduced or transmitted, and who may benefit from such activities. One exception in copyright law that has been instrumental in filling in the gaps left by these narrow exceptions and promoting accessibility for copyrighted works has been fair use.[4] A recent decision by the Court of Appeals for the Second Circuit has reinforced the significant role of fair use in increasing the accessibility of copyrighted works.

In Authors Guild, Inc. v. HathiTrust,[5] HathiTrust created a shared digital repository of collection materials from academic and research member institutions, allowing full access to patrons with qualifying disabilities. The district court held this activity was permissible under the Chafee Amendment, stating that educational institutions “have a primary mission to reproduce and distribute their collections to print‐disabled individuals…[making] each library a potential ‘authorized entity’ under the Chafee Amendment.” The court held, however, that HathiTrust was not precluded from relying on the defense of fair use in the event that they were not authorized entities or did not otherwise fall within the permissible categories of the Chafee Amendment. On appeal, the Second Circuit held that providing full digital access to print-disabled patrons was protected under fair use. [6]

U.S. copyright law may also be influenced by international agreements. One international treaty directed to making works more accessible is the Marrakesh Treaty to Facilitate Access to Published Works by Visually Impaired Persons and Persons with Print Disabilities (“Marrakesh VIP Treaty”). The Marrakesh VIP is an international treaty administered by the World Intellectual Property Organization (WIPO) which would obligate signatory countries to create mandatory limitations and exception to their copyright laws pertaining to “the right of reproduction, the right of distribution, and the right of making available to the public…to facilitate the availability of works in accessible format copies” for the benefit of people with print disabilities.[7] The treaty would also permit exchange of accessible works across borders by authorized entities serving the blind, visually impaired and otherwise print disabled. Finally, the Treaty provides that contracting parties take appropriate measures to ensure that any anti-circumvention restrictions do not prevent the blind, visually impaired, or print disabled from enjoying any of the exceptions provided for in the Treaty.

Making copyrighted works available in accessible formats can present a challenge to the exclusive rights of copyright owners. Absent a blanket exception that would allow for the creation of accessible formats for all persons with disabilities, individuals and educational institutions must navigate the existing narrow statutory exceptions or rely on a fair use defense in order to make works accessible. While society recognizes the importance of incentivizing creators to create new works, we must also recognize the importance of establishing equal access to those works in order to advance public knowledge and encourage further creation of works.

[2] Section 504 of the Rehabilitation Act of 1973 provides that no qualified individual with a disability, solely by reason of his or her disability, be excluded from participating in, or be subjected to discrimination under any program or activity receiving federal funding. 29 U.S.C. § 794(a). The Americans with Disabilities Act of 1990 requires public entities to make reasonable modifications when necessary to avoid discrimination on the basis of disability. 28 C.F.R. Sec. 35.130(b)(7).

[4] The House Report on the Copyright Act of 1976 also identifies making accessible copies of works for the blind as an illustrative application of the fair use doctrine (“…the making of a single copy or phonorecord by an individual as a free service for a blind persons would properly be considered a fair use under section 107.” H.R. Rep. No. 94-1476, 94th Cong., 2d Sess. (1976). 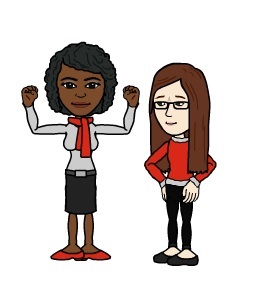