Telegram of August 4, 1928, from James West, Chief Scout Executive, to the six boy scouts selected as finalists in the competition to go with Byrd's expedition to Antarctica, Richard E. Byrd Papers, #4430. 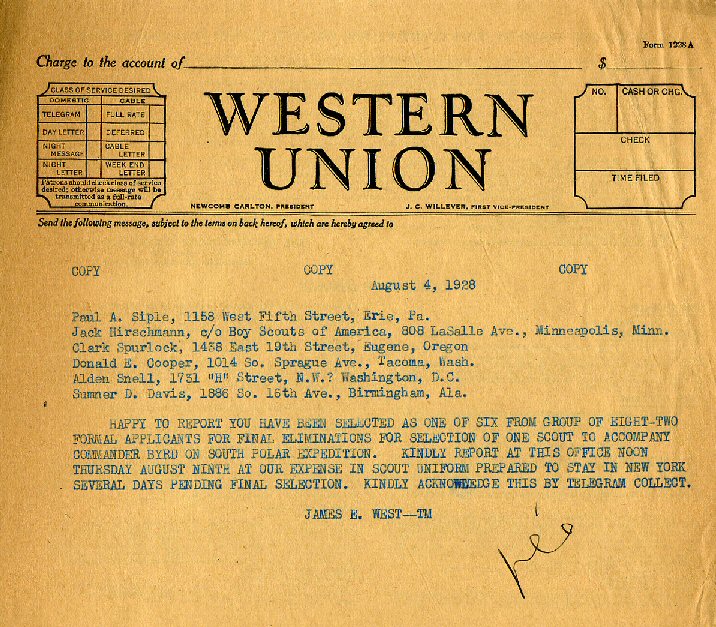