Byrd was heroic in the eyes of most, including his mother -- Excerpt of letter from Byrd's mother to Byrd, undated, ca. 1928. Richard E. Byrd Papers, #5346. Transcription: My splendid son, I am very proud of you and I am thankful God has given me men for sons who can do something in the world. You were perfectly right to go and I believe few men in the world could carry this expectation through as you will. I shall live in hopes you will find something in this frozen world worth having. 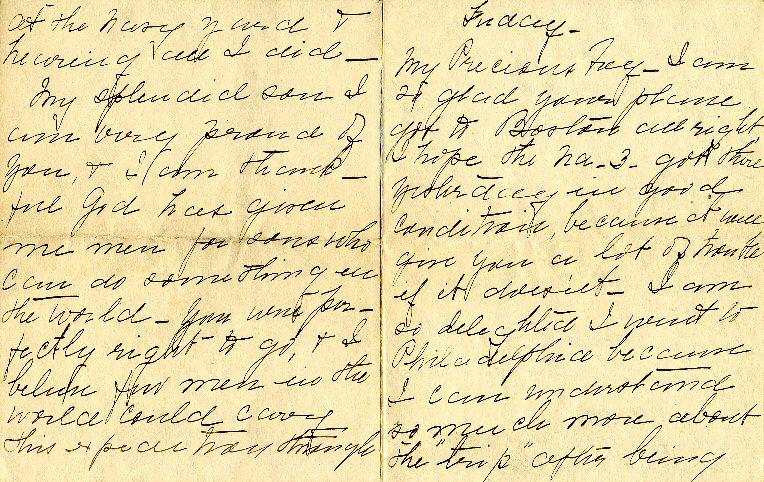