Letter from Amelia Earhart to Byrd, July 30, 1928, Richard E. Byrd Papers, #2901. Amelia Earhart pledged not only her good wishes, but also money she earned from a cigarette ad, to Byrd's Antarctic Expedition. 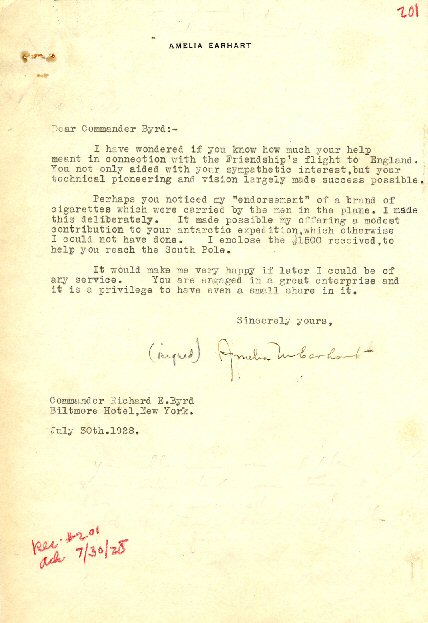