Letter by James A. Michener, 1930, Richard E. Byrd Papers, #4852. Michener was a young school teacher at the time he entered the contest. Although his letter was not a prize winner, Michener would win the Pulitzer Prize for fiction seventeen years later. 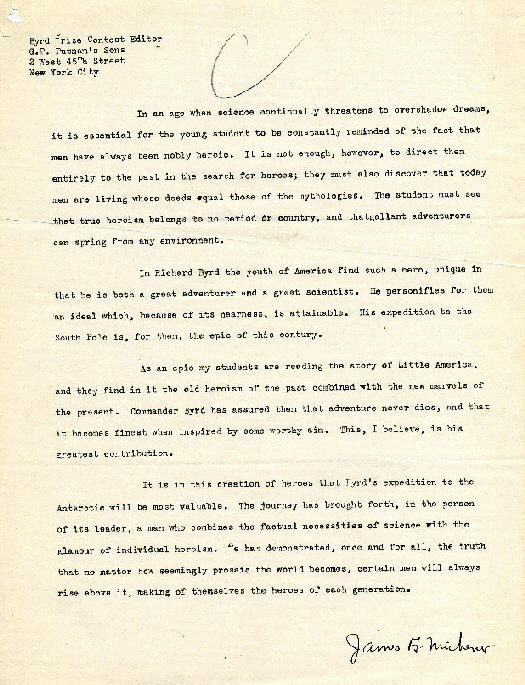