The planes had to be assembled once the expedition reached Antarctica. This image shows Byrd and his dog Igloo, unpacking crates, with the City of New York and the Bolling in the background, 1928. Richard E. Byrd Papers, 7773_18. 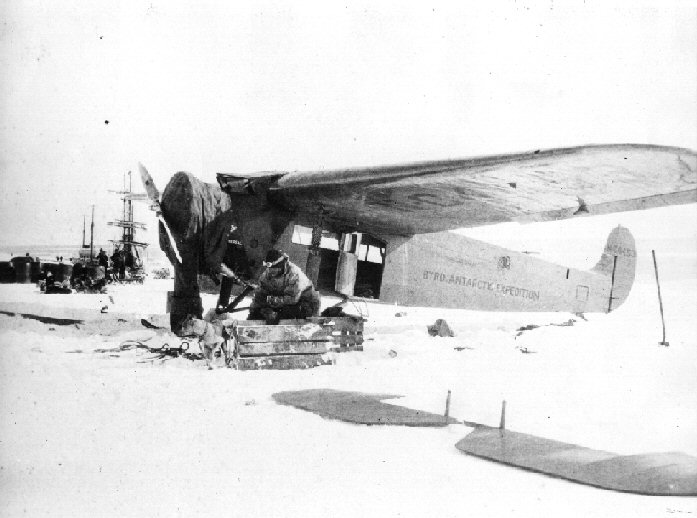