March 5, 2020 / li.272@osu.edu / Comments Off on Chinese Newspapers Collection on ProQuest 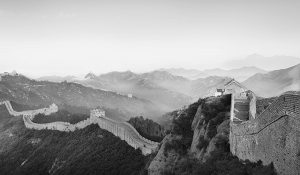 Gain insight into Chinese political and social life during the turbulent 120 year period from 1832 to 1953 with 12 English-language Chinese historical newspapers. Included are critical perspectives on the ending of more than 2,000 years of imperial rule in China, the Taiping Rebellion, the Opium Wars with Great Britain, the Boxer Rebellion and the events leading up to the 1911 Xinhai Revolution, and the subsequent founding of the Republic of China. In addition to the article content, the full-image newspapers offer searchable access to advertisements, editorials, cartoons, and classified ads that illuminate history.

Each newspaper has its own critical stance on these turbulent moments of Chinese history. To analyze different groups’ and individuals’ interpretations of the events that transpired is a great aid in broadening historical perspectives.

This unique collection is cross-searchable with all ProQuest historical and current newspapers, as well as with other resources your library subscribes to on ProQuest. 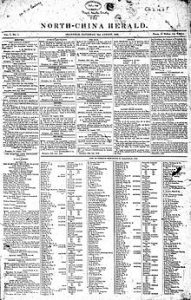 Front page of the inaugural edition

From Our Shelves: Republican Era Resources

January 8, 2018 / Jiewen Yu / Comments Off on From Our Shelves: Republican Era Resources

The Republican Era of China lasted from 1912 to 1949, and covered the brief period between the end of the Qing dynasty and the establishment of the People’s Republic of China and the Republic of China. It was a time characterized by rapid societal changes, internal political struggles, and outside foreign threats threats.

END_OF_DOCUMENT_TOKEN_TO_BE_REPLACED 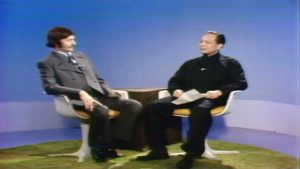 Dr. Fred Ming-an Wu (吳民安)(1916-2000), a graduate of the Ohio State University (OSU), was a biochemist, a researcher in horticulture, an active member of the Asian American community, and a master of martial arts. Many of the books and video recordings he collected were donated to the OSU Libraries in 2009 by his wife Sandra Jones Wu, MD. The entire collection can be found in the OSUL catalog by searching the Dr. Fred Ming-an Wu and Dr. Sandra Jones Wu collection. END_OF_DOCUMENT_TOKEN_TO_BE_REPLACED

From Our Shelves: Shen Hong(洪深) and the Hong Shen Collection

April 8, 2016 / Cameron Clark / Comments Off on From Our Shelves: Shen Hong(洪深) and the Hong Shen Collection 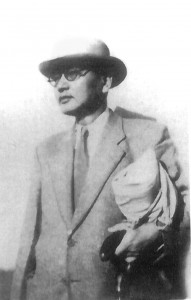 Shen Hong (洪深) was a Chinese playwright, director, and screenwriter. Hong, who is considered to be a key figure in the development of modern Chinese theatrical arts, was also an Ohio State University student. Hong graduated from Tsinghua School (present day Tsinghua University) and came to Ohio State to study ceramic engineering. During his time at OSU, he wrote two English language plays,  The Wedded  Husband (为之有室) and Rainbow. The Wedded Husband was then performed by Chinese students from Ohio State and neighboring Oberlin College. Hong further continued his education, studying drama at Harvard before returning to China. He wrote several books, screenplays, and even directed films, making significant contributions to modern entertainment, performance, and literary arts.

END_OF_DOCUMENT_TOKEN_TO_BE_REPLACED

The Yi people (彝族) are one of the major ethnic minorities in mainland China. Data from the 2010 population census (中国 2010 年人口普查数据) conducted by the National Bureau of Statistics of the People’s Republic of China (中华人民共和国国家统计局) shows there were around 7.8 million Yi people residing in China, making it the 7th largest ethnic group in the country. 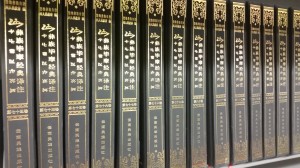 As one of the strategic goals for the Chinese Studies Collections, OSUL has been collecting research materials on the Yi people. We currently have about 282 books on the subject.

One of the featured titles in our collections is the multi-volume set of annotated translated Bimo (毕摩) scripture: 彝族毕摩经典译注(云南民族出版社, 2007). As indicated in the WorldCat catalog, currently only two other libraries in the US has this title.  This 106 volume set covers the religion, social history, politics, economy and many other aspects of the Yi culture.

The following two books in OSUL provide more information on the Bimo religion, as well as the social life and rites of the Yi people.

Other books on the social and cultural aspect of the Yi people: 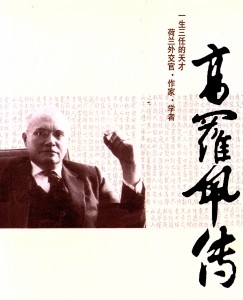 Dr.  Robert van Gulik (高罗佩, Gao luo-pei) was born in The Netherlands in 1910. He was a diplomat, writer, and scholar.

According to microfiche catalog guide, Robert van Gulik managed to build a private Chinese collection during his long stay in Asia with the support of his diplomatic status.  His full collection archived at the Sinological Institute of the University of Leiden consists of 2500 book titles in nearly 10000 volumes, and covers fine arts, classical music, literature, and folk novels. Of these titles, 117 folk novels (pt. 1) and 132 books on literature, painting, calligraphy and history (pt. 2.1) can be viewed in the Mircoform Reading Room at Thompson Library.

Robert van Gulik  earned his reputation among Chinese scholars due to his different approach to popularizing Chinese culture. Below are some OSUL resources on van Gulik’s works and his perspectives on Chinese culture:

Studies and books by van Gulik include:

One of van Gulik’s  works is a series of detective novels named “Judge Dee Mysteries”, of which he borrowed the main character: Judge Dee, from a 18th-century Chinese detective novel “Dee Goong An”(狄公案).

OSUL has much of this mystery fiction written by Robert Van Gulik. Here are a few titles:

The Chinese Studies Collections at the Ohio State University Library are posting New to the Collections lists on our website. The lists are monthly updates of materials and resources added to our catalog. They include books, films, music records, and e-resources OSU library has acquired or received as gifts.

The titles are sorted by call numbers, and the hotlinks will take you to the item record in the OSU library catalog.  A new list is typically uploaded within the first week of each month, and most materials take a couple of weeks to be processed before reaching the shelves.

Please contact us if you have any questions or if you would like to suggest books or other resources for the library.

The Non-Roman Cataloging Section has complete the cataloging of the following 75 online journals (mostly Taiwan based). Bibliographic records are created for each title with URLs to the online journal access.

NOTE Though the catalogers have tested (or searched for working) URLs before loading the record, due to the nature of the Web, we can not guarantee the accessibility of the URLs. Broken links may occur. Please kindly report any broken links (to chen.1140), so we can update the records.

Note: Each title has a separate bibliographic record and is searchable on OSCAR.