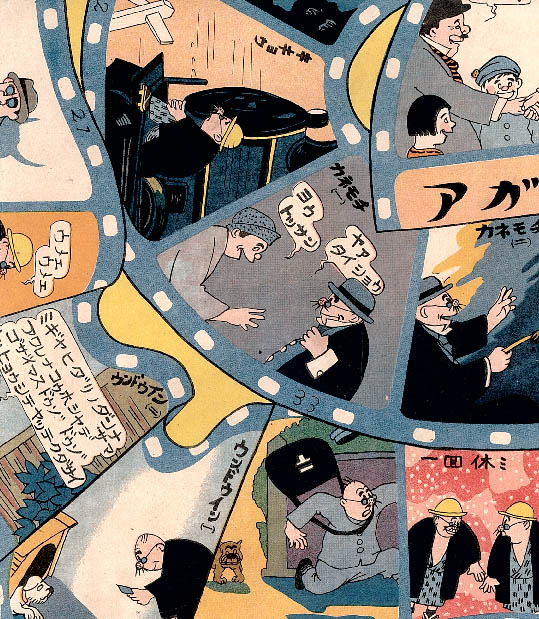 Monday, October 27th4:30-6pmWill Eisner Seminar RoomThe Billy Ireland Cartoon Library & MuseumSullivant HallCome explore the rare treasures of one of the largest university manga collections in the world, right here at OSU! The Ohio State University Billy Ireland Cartoon Library & Museum holds over 20,000 manga materials spanning its history, genres, and formats. This event is a special opportunity to view these works up-close with specialists on hand to provide the context. Items on display will include early Japanese newspaper comics of the 1920s (Jiji manga), original art by Osamu Tezuka, Sugoroku (Japanese board games), original sketches by Sugamo Prison inmates, contemporary mangaka portfolios, and more!From 5-5:30pm there will be a brief presentation on the history of the collection and how to access it for classes or your own pleasure from The Billy Ireland Cartoon Library & Museum reading room.

FREE AND OPEN TO THE PUBLIC 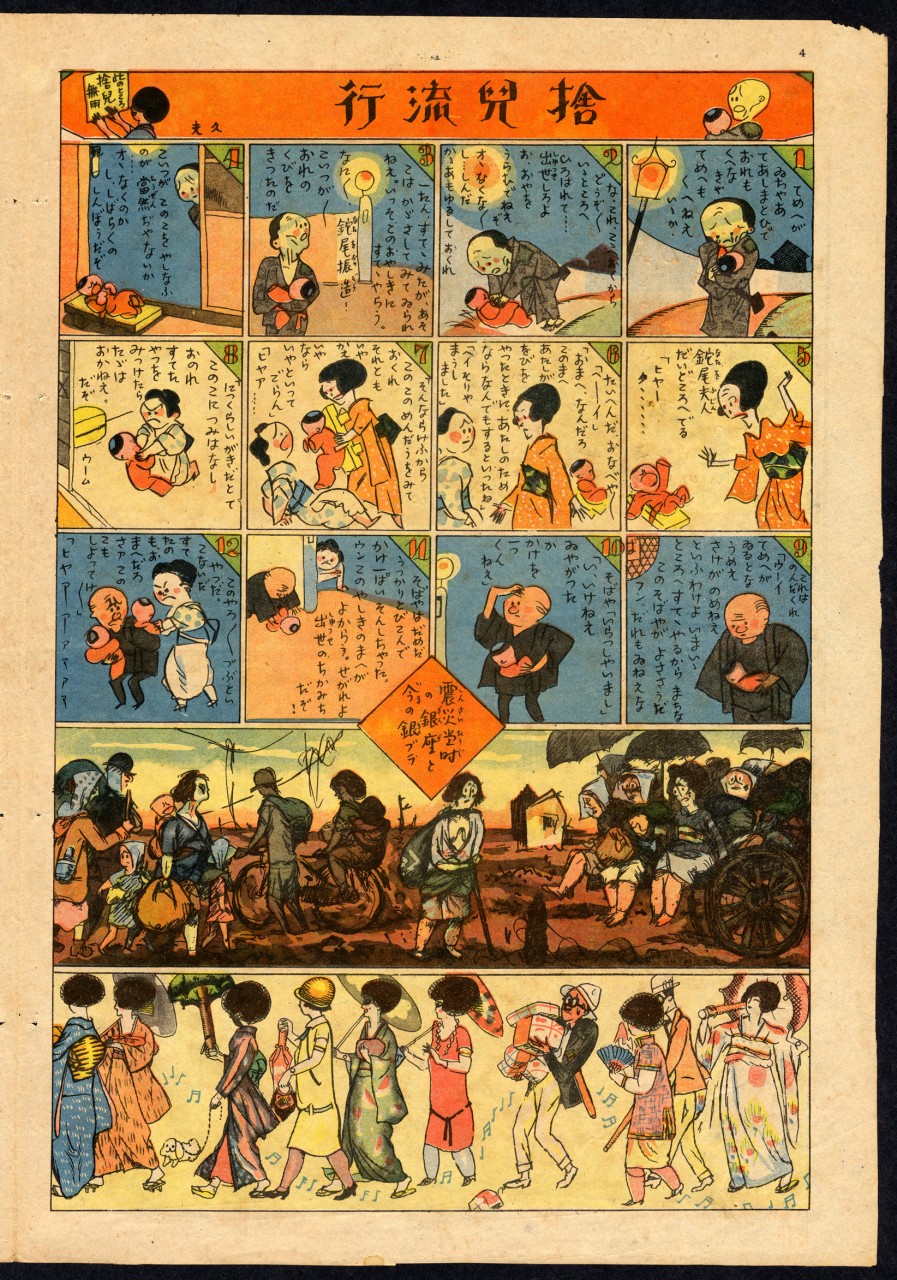 The Billy Ireland Cartoon Library is home to one of the largest Japanese-language manga collections outside of Japan, amounting to over 18,000 manga items. This includes an incredible 500+ issue run of Jiji Manga, a weekly supplement that was added to the Jiji-Shinpo newspapers in 1900. This would be the first time that the word manga appeared in the title of a publication, inaugurating it’s popular use.

The image below is from the front cover of the February 11th, 1921 issue of Jiji Manga, a beautifully designed cartoon piece on Japanese women’s liberation. 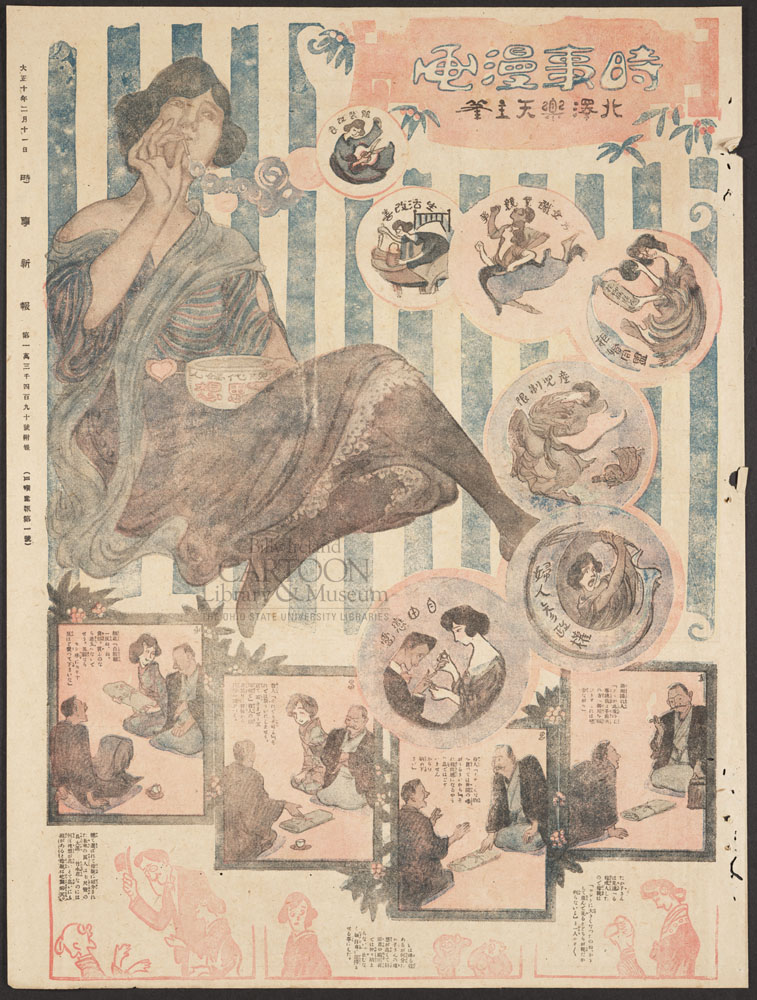 With the help of our amazing manga cataloger, Misty Alvaro, we were able to decipher the meaning of some of the kanji, while other archaic characters are unknown to us for the time being. If any readers would like to offer their expertise, feel free to comment!

The first bubble that the woman is blowing depicts a Japanese woman cutting off the long, restrictive sleeves of her traditional kimono, a rebellious act, while the next image refers to labor reform for women. The definite meaning of the third bubble is still unknown to us. The fourth bubble is about sexual freedom and STDs, and the fifth represents the reform of childbirth laws. The sixth bubble deals with women’s suffrage, and the seventh is for choosing your own partner based on love: marriage freedom.

Below, scans of the inside pages of this time-faded issue: 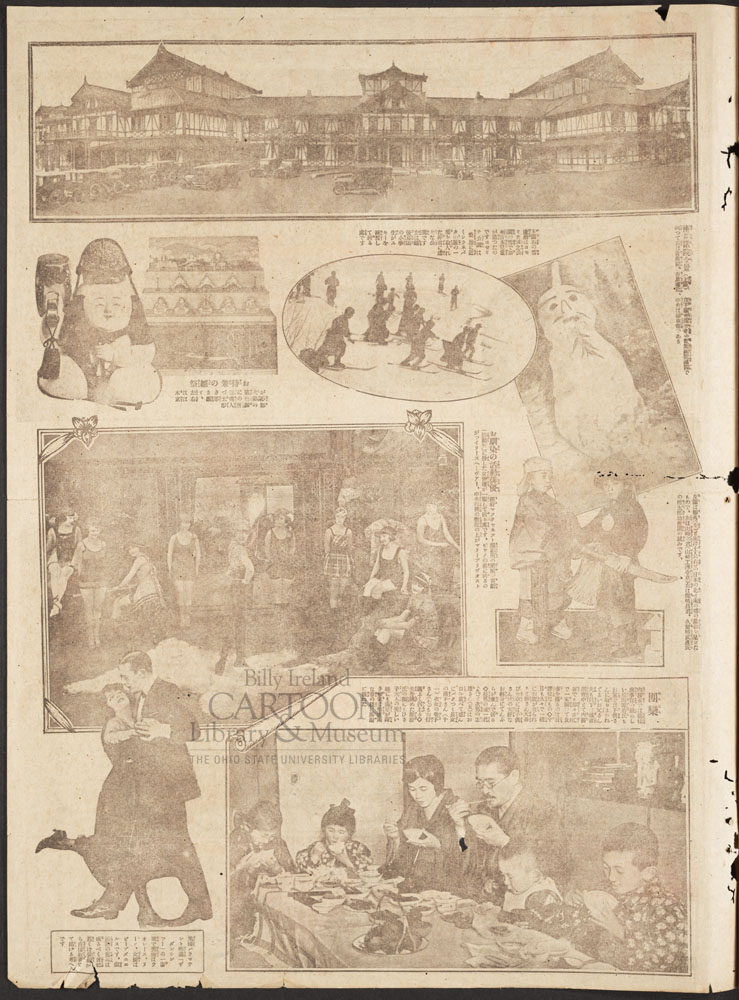 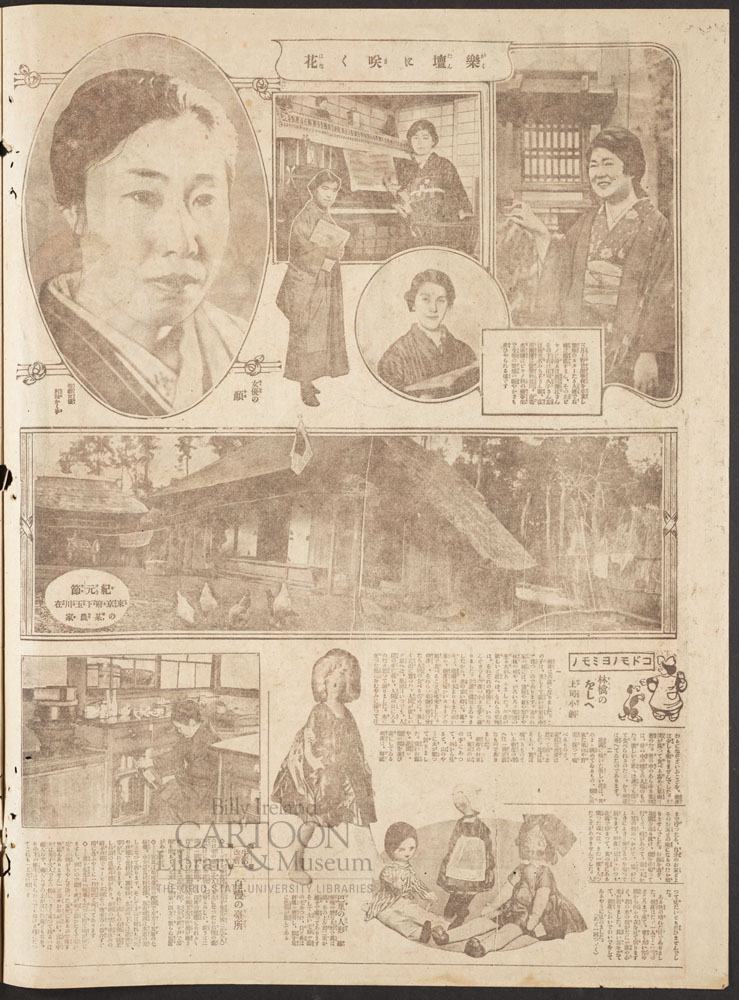 To learn more about our manga collection, you can view our collection development policy here.