Richard Denison Taylor, or “R. Taylor” as much of his work was signed, is another less-celebrated New Yorker cartoonist (though not nearly as elusive as our beloved Barbara Shermund). Taylor came to New York from his birth place in Ontario in 1935, and during his peak his work could be seen in The New Yorker, Esquire, Collier’s, The Saturday Evening Post, Playboy and more. His characters were known for their “poached egg eyes”, with low-hanging eyelids and often perverse sensibilities. 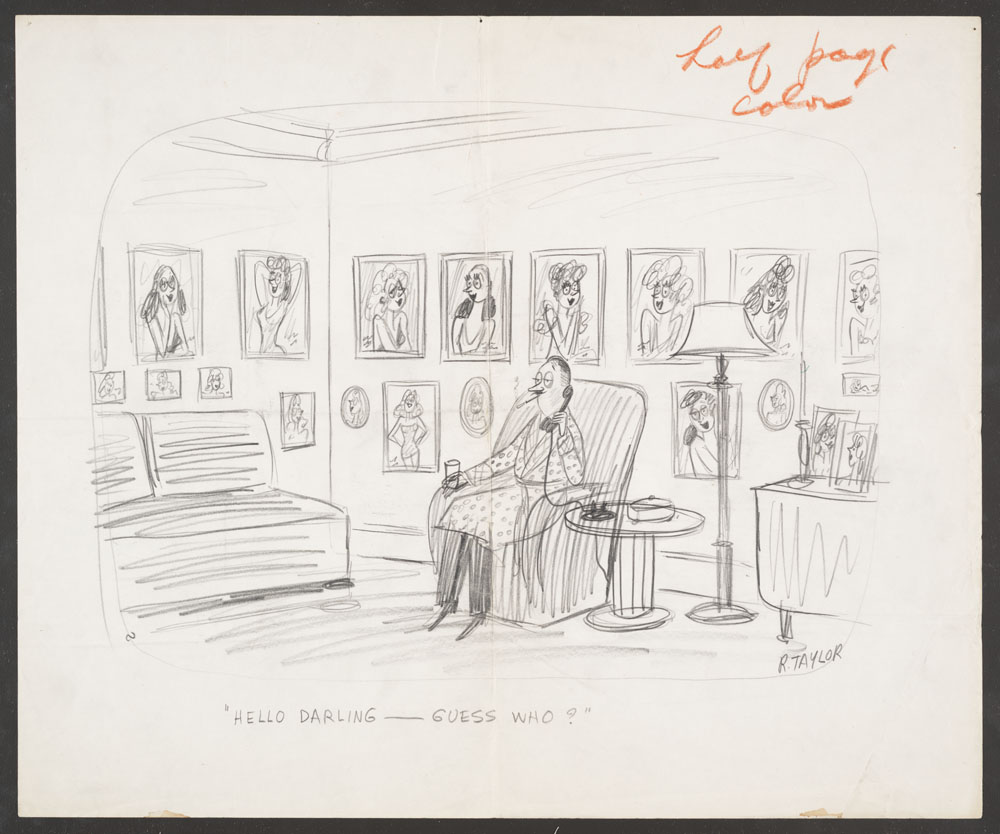 Although Taylor is most known for his gag cartoons which poked fun at society, and humorous illustrations for a variety of books (Fractured French, My Husband Keeps Telling Me To Go To Hell, Half a Dollar Is Better Than None  etc), it seems his private passion–and one he would pursue til late in life without seeking commercial benefit–was fantasy art. Taylor created a fantasy world called Frodokom, in which he based an entire series of watercolor, print and oil paintings that featured surrealistic creatures and landscapes. Maurice Horn’s Encyclopedia of Cartooning says of Taylor’s work “There is an individuality to his large-eyed, heavy lidded characters that makes one think of fairy tales and other worlds…”  In the mid 1930s, he created 40 illustrations for Worm’s End, an adult fantasy book by Lionel Reed.

Gag cartooning, it would seem, was pursued at least initially in order to make ends meet. We can find his earliest gag work in 1927 in the Toronto humor magazine Goblin (akin to America’s Puck, Britain’s Punch and Mexico’s Multicolor) which ran from 1921-1929. Taylor’s illustrations in those days would range in style, and he would sign under many different names- most commonly Ricardo and Rick Taylor. Much later in life, he wrote and illustrated his own how-to book, entitled Introduction to Cartooning. Whether he felt more compelled by his surrealist work or not, Taylor’s incredible sense of humor was omnipresent. In the introduction to his own book By The Dawn’s Ugly Light: a Pictorial Study of the Hangover, Taylor writes: “In these the latter days it may be truly said that anyone never visited by the hang-over is not of the times… Life, as it is experienced in circles directly in contact with contemporary affairs, is largely a matter of interludes between hang-overs.” 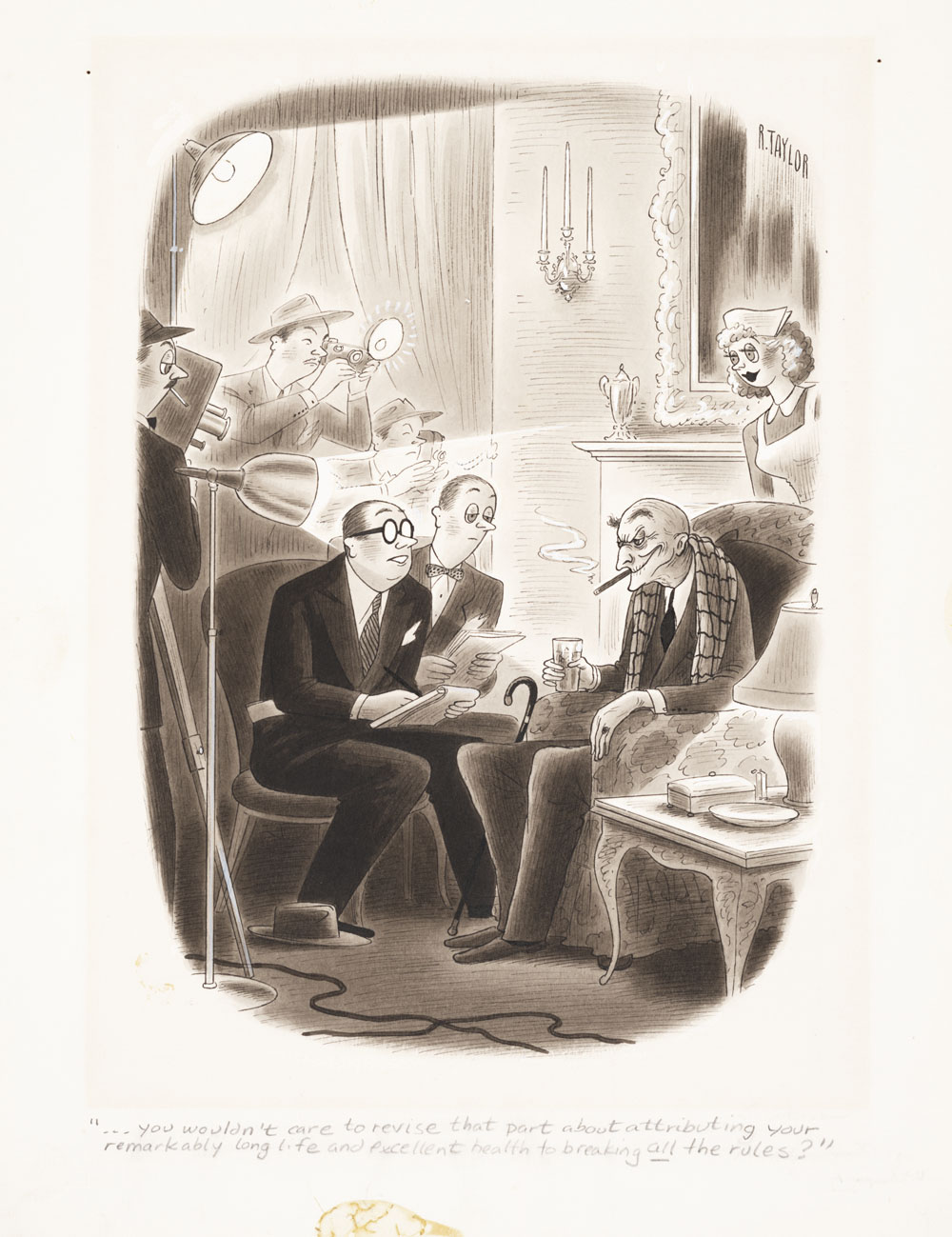 "...You wouldn't care to revise that part about attributing your remarkably long life and excellent health to breaking all the rules?" Richard D. Taylor original art, from the International Museum of Cartoon Art Collection, The Ohio State University Billy Ireland Cartoon Library & Museum (click to enlarge)

Oddly enough, R. Taylor’s first income as an artist came from coloring magic lantern slides for Sunday schools, which makes me wonder if laboring over those beautifully illuminated standalone images wasn’t an influence for his later work as a single-panel cartoonist.

Richard D. Taylor’s collection is part of the Canadian Library & Archives, though we are fortunate enough to have a small number of his gag cartoon originals and a wide range of his bound books here at the Cartoon Library.