Found in the Collection: Political Cartoons on Police Brutality

June 4, 2020 / Caitlin McGurk / Comments Off on Found in the Collection: Political Cartoons on Police Brutality

Cartoonists across the world right now are using their chosen medium to comment on systemic racism and police brutality, to express their pain and their solidarity with the protest movement, and to voice their concerns and critiques.

Today on the blog, we take a look at the way that police brutality has been explored through political cartoons from the U.S. and beyond over the past few decades, and invite you to think about what has changed and what has stayed the same. A political cartoon conveys the opinion of its creator and has a specific point of view. The cartoon might reinforce what the reader already believes or might persuade the reader to think differently about an issue, person or event.

This is only a small sampling from the collections of the Billy Ireland Cartoon Library & Museum. If you are interested in finding additional cartoons on this topic, please search our Art Database by keyword.

For more recent and contemporary political cartoons, websites like The Nib and Cagle.com are excellent resources. Politico has a weekly roundup, and Counterpoint provides cartoons from different political perspectives via digital newsletter. 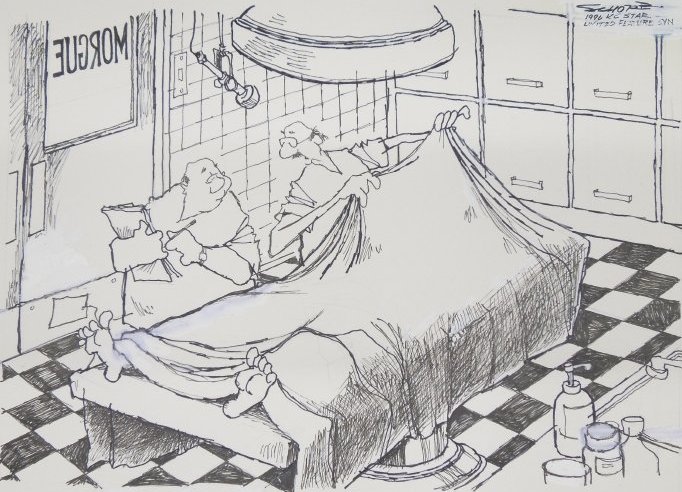 “Put it down as assisted suicide…he talked back to a California cop…” by Bill Schorr, 1986, for the Kansas City Star. From the International Museum of Cartoon Art Collection. 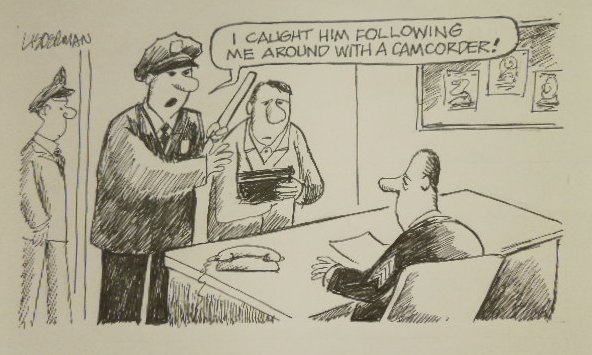 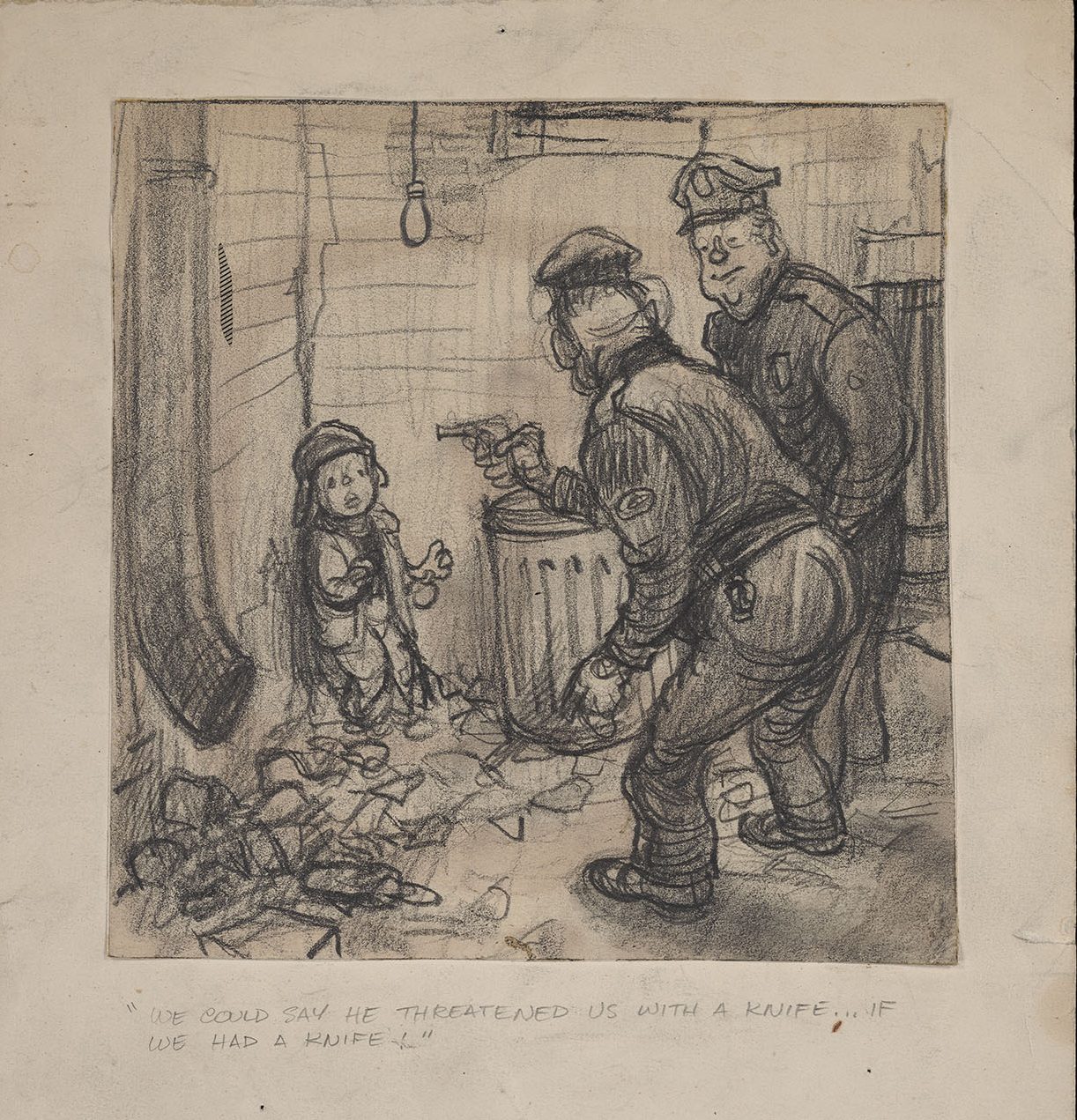 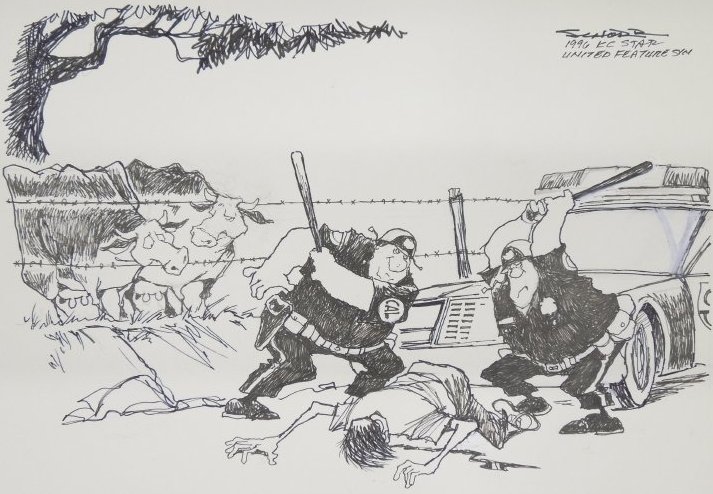 “Hmm…looks like another outbreak of mad cop disease…” by Bill Schorr, 1996, for the Kansas City Star. From the Rob Rogers Collection. 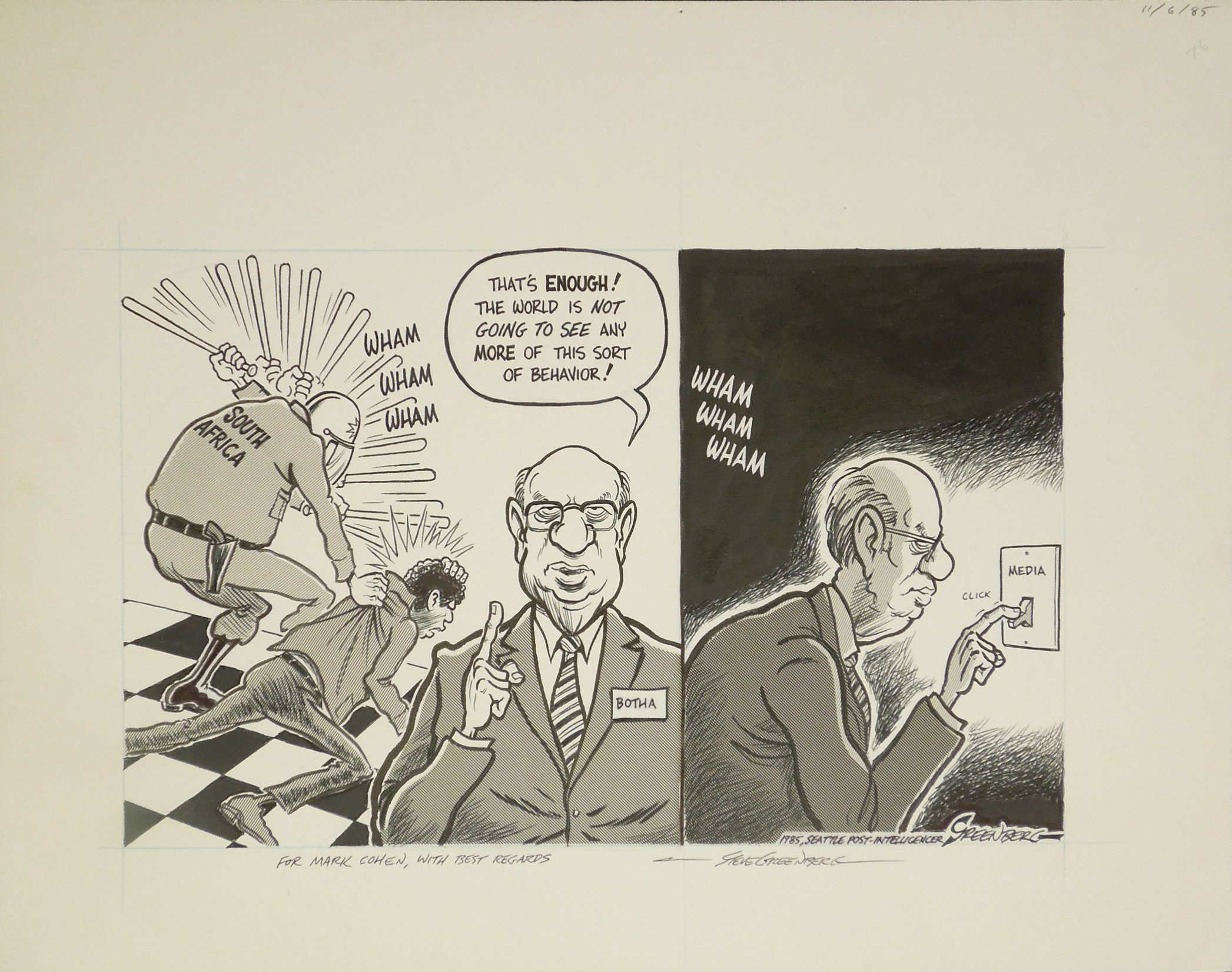 by Steve Greenberg, 1985, for the Seattle Post Intelligencer. From the Mark J. Cohen and Rose Marie McDaniel Collection 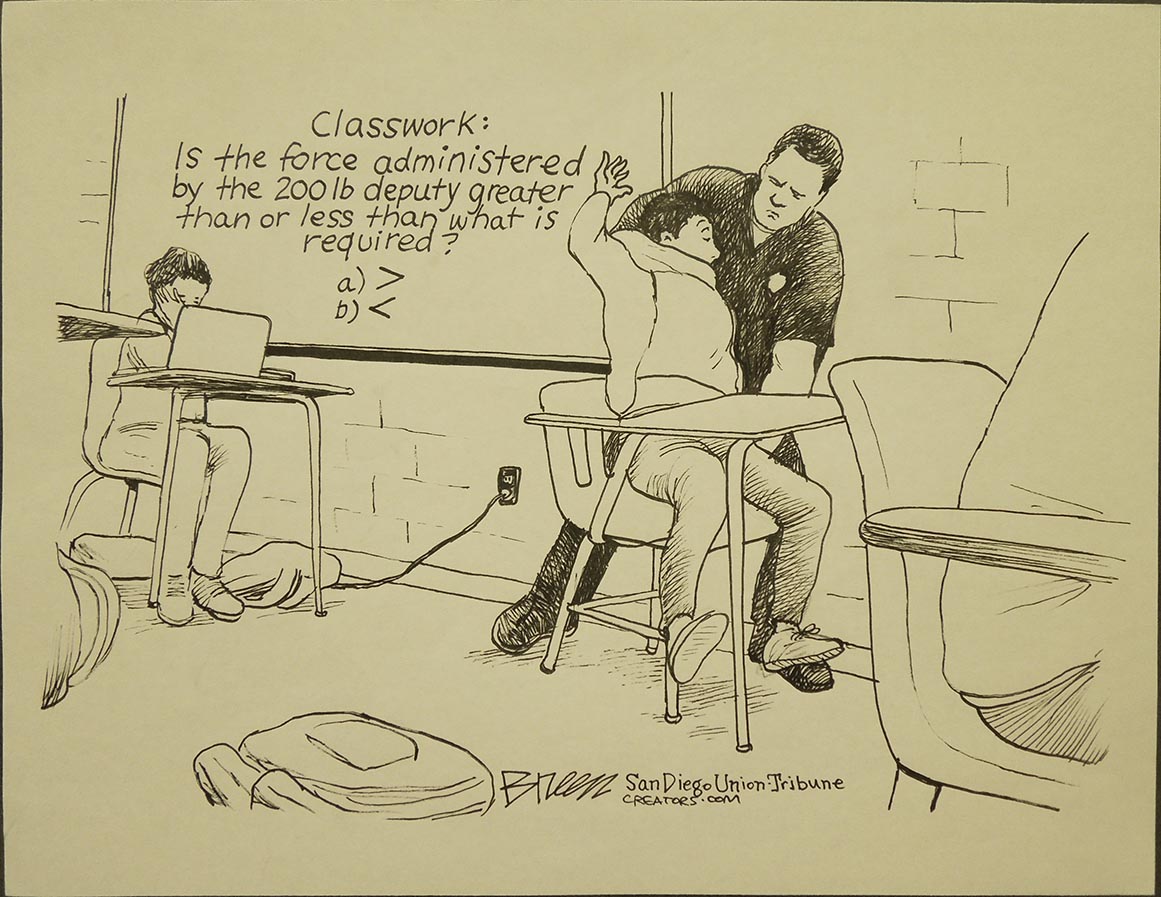 by Steve Breen, 2015, for the San Diego Union Tribune. From the Jimmy Margulies Collection 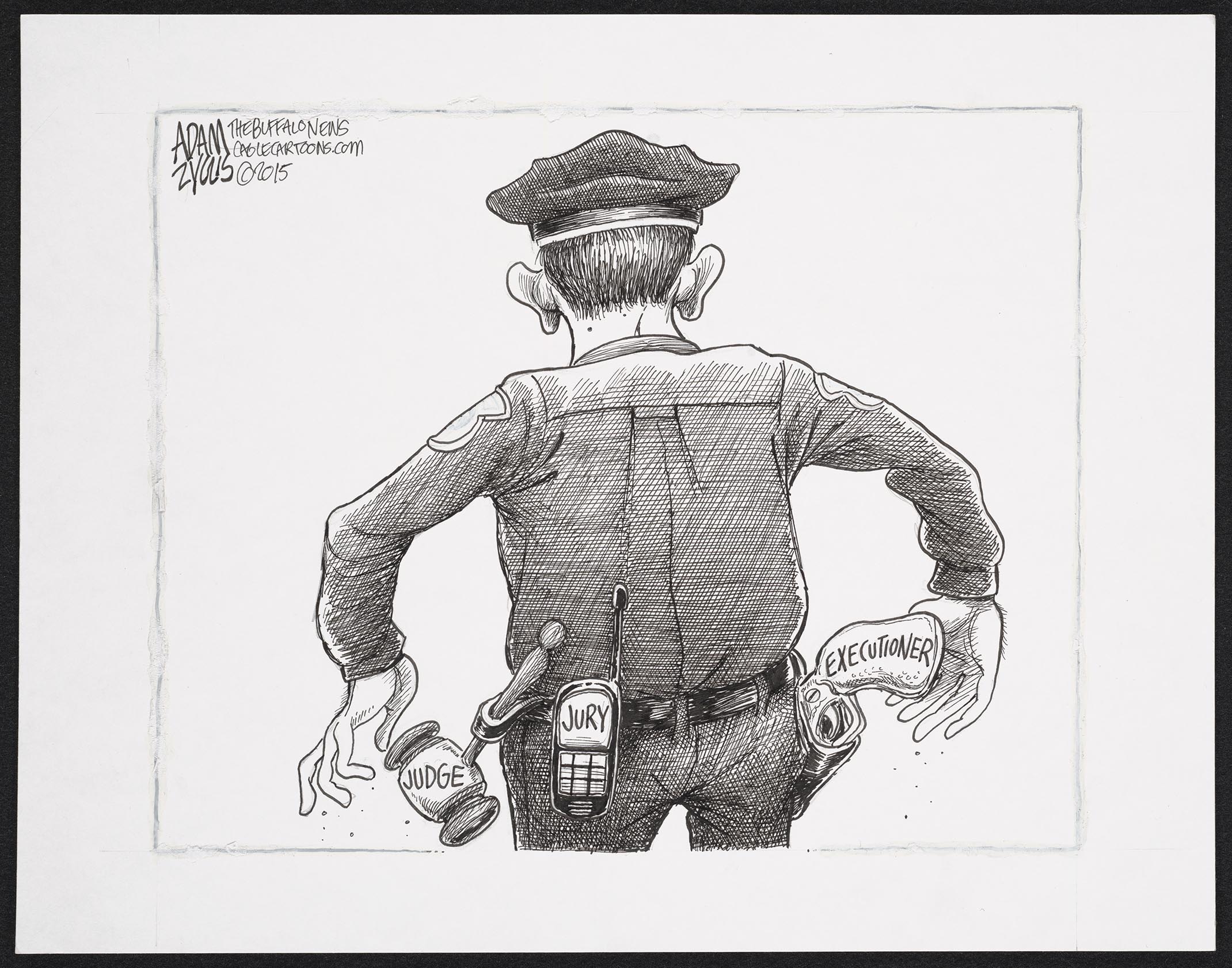 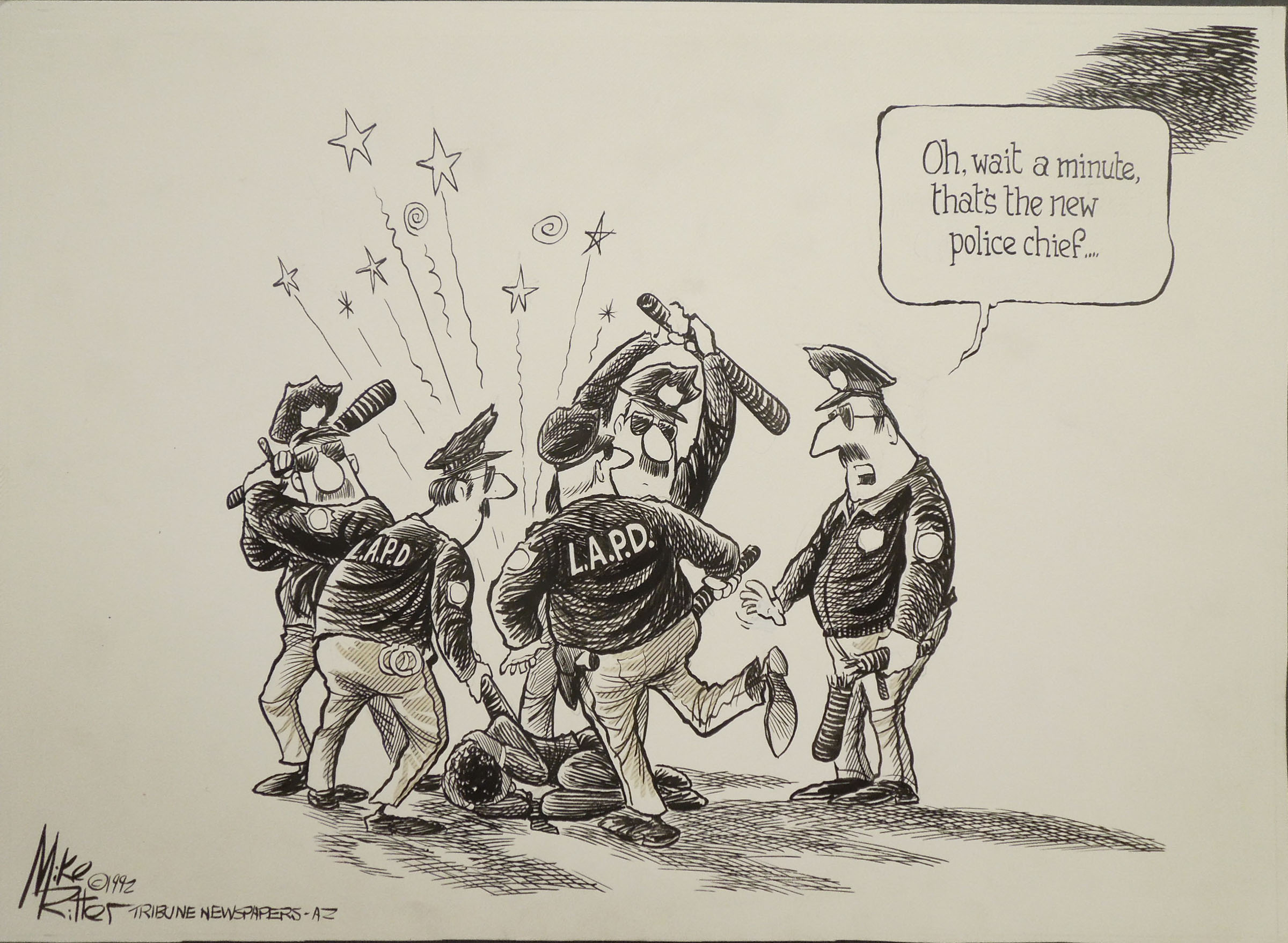 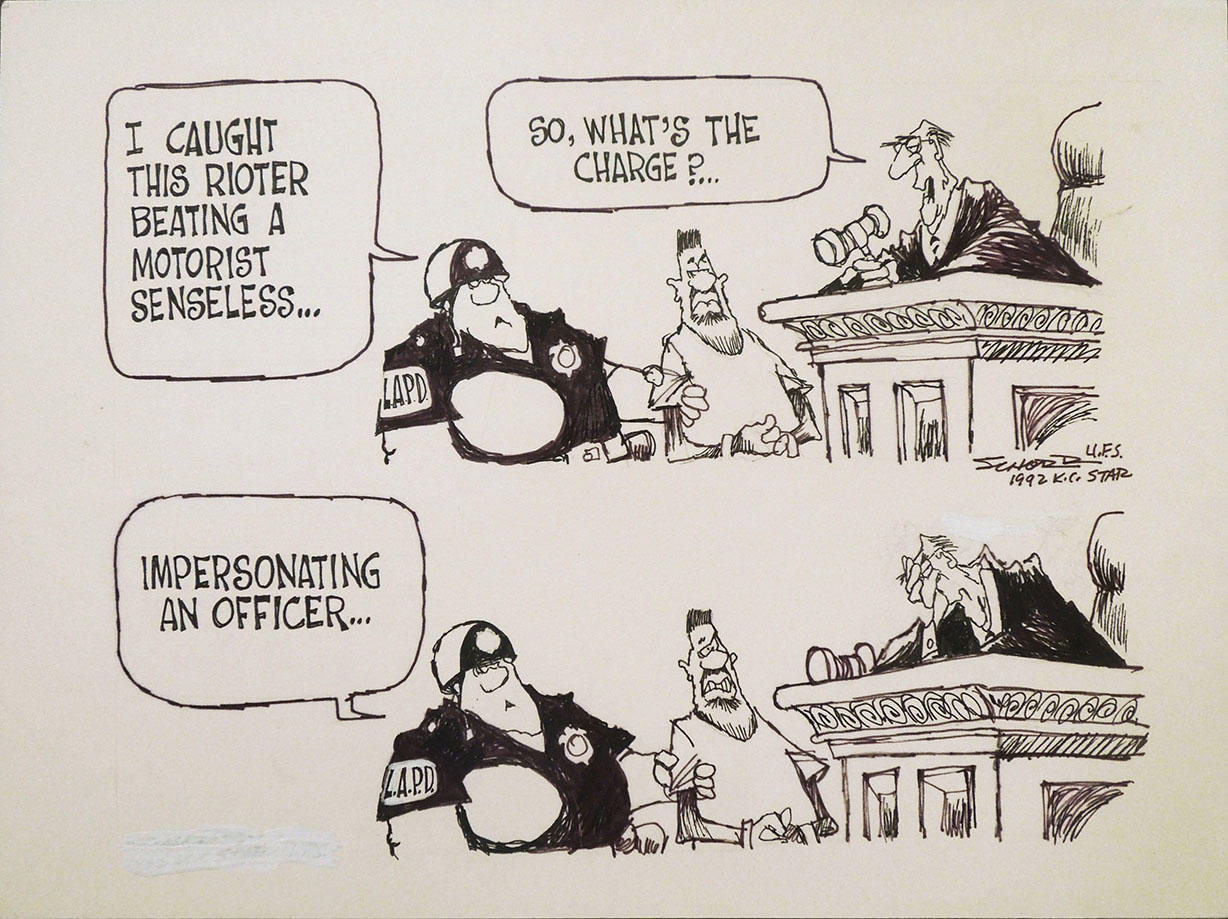 by Bill Schorr, 1992, for the Kansas City Star. From the Bob Englehart Collection 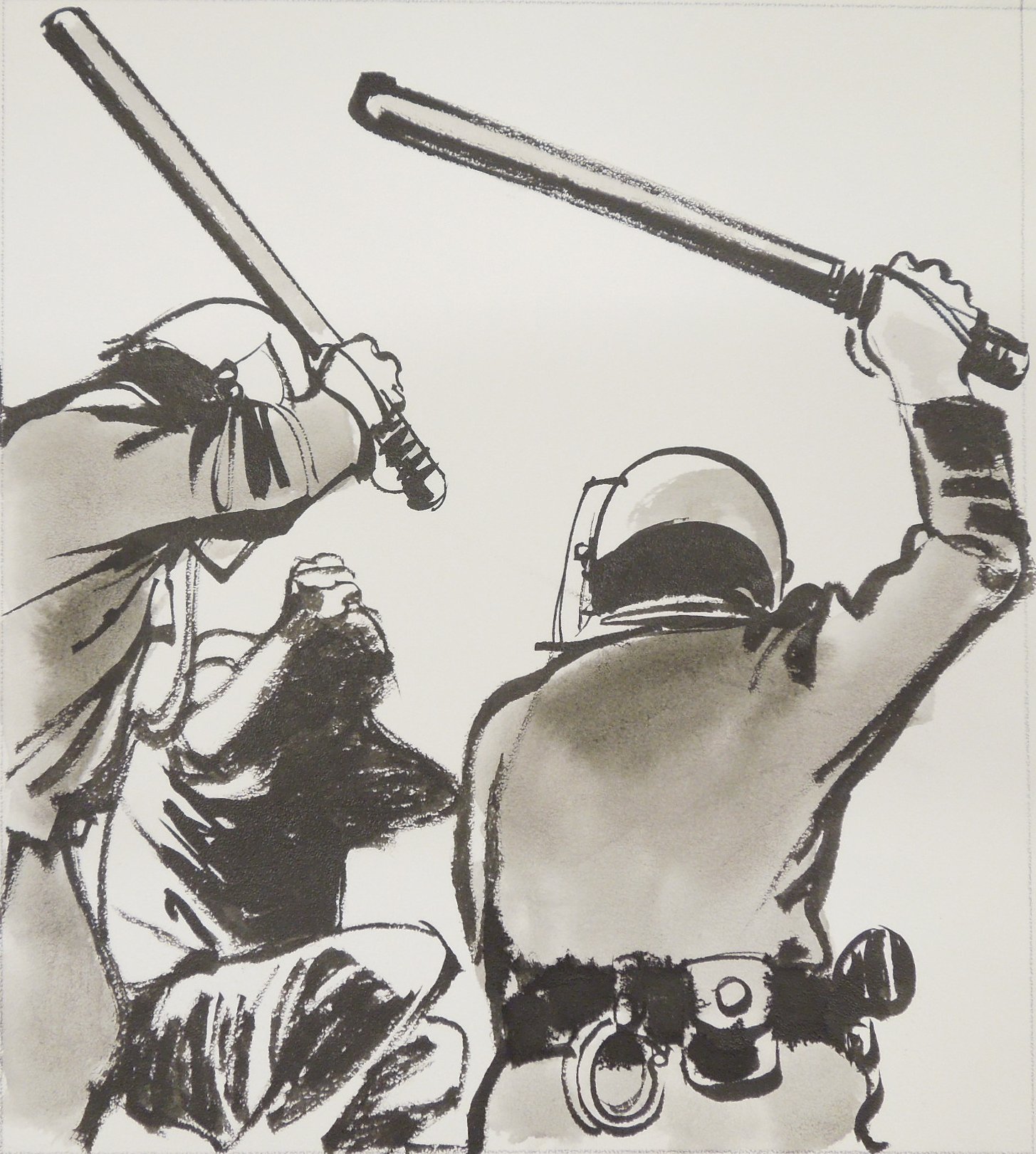 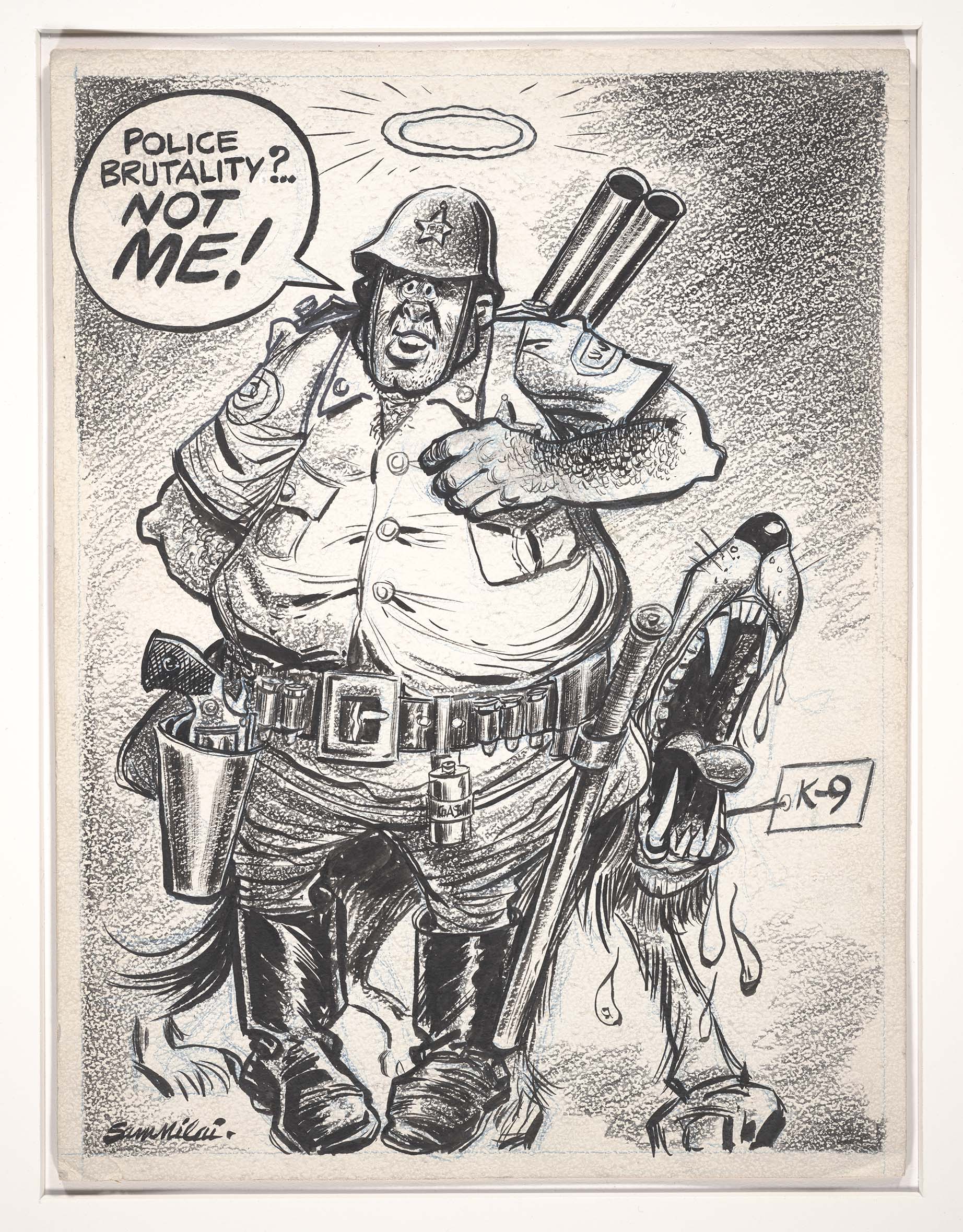 by Sam Milai, 1968, for the Pittsburgh Courier. From the Sam Milai Collection. 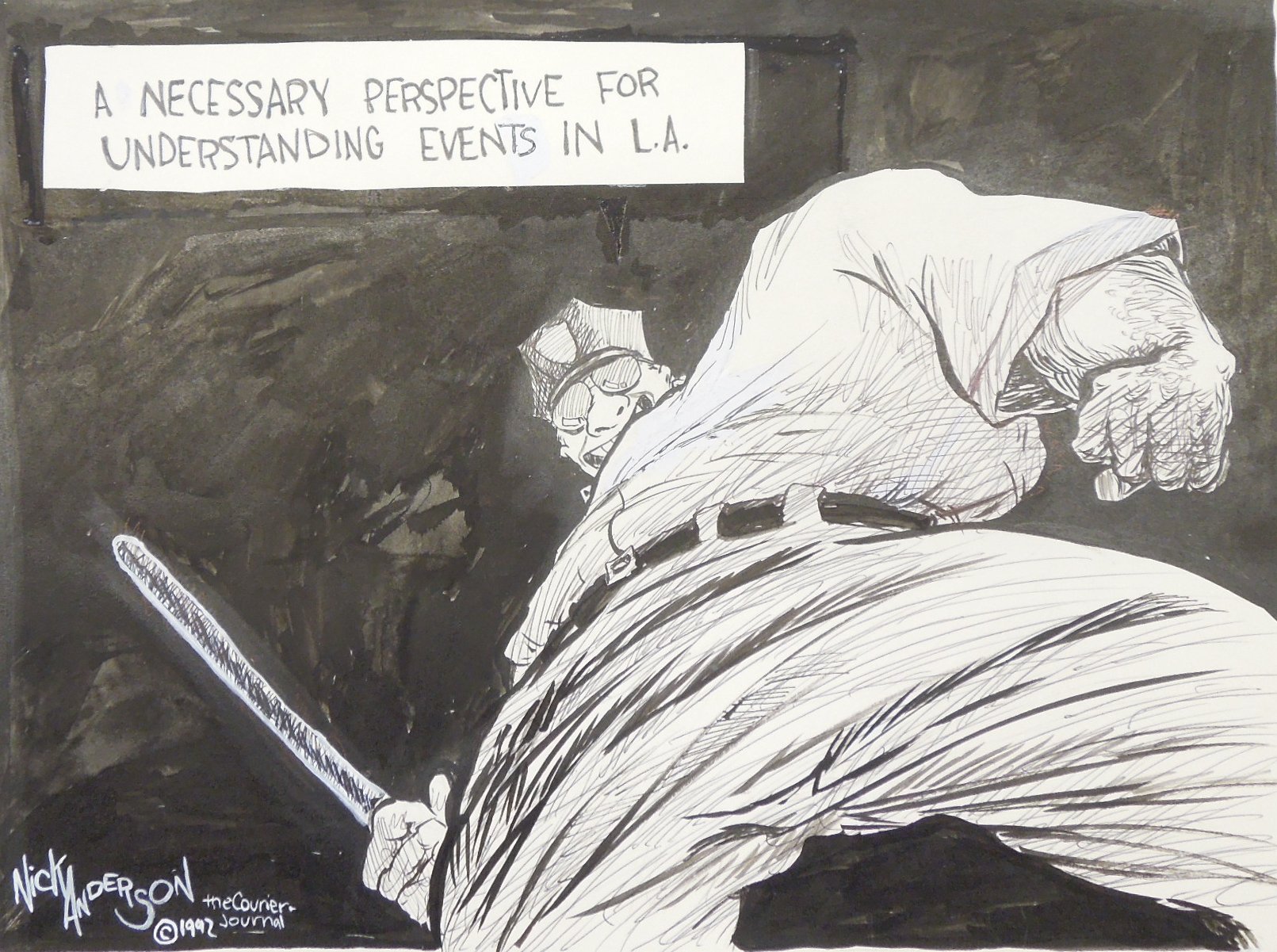 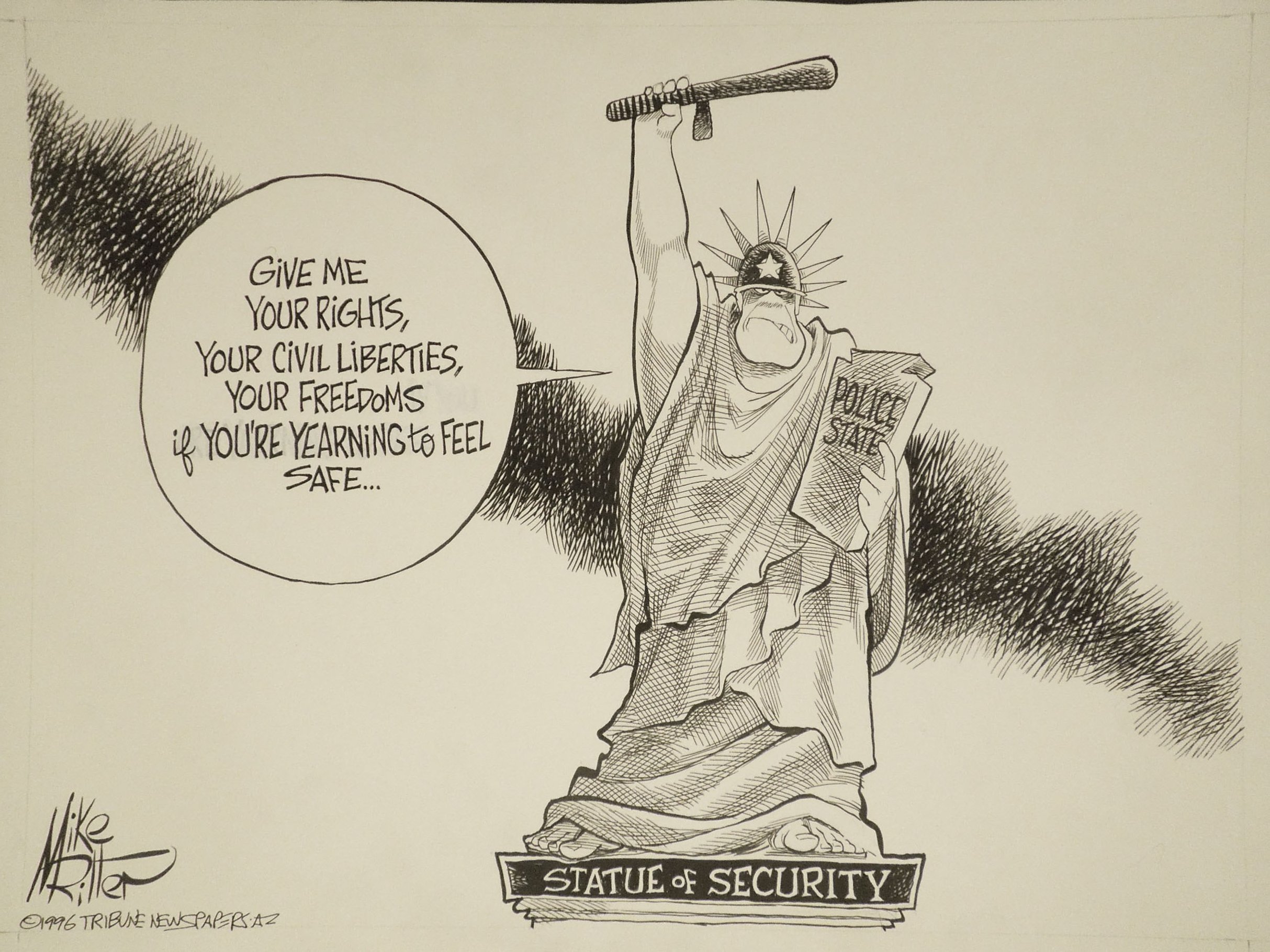 by Mike Ritter, 1996, for Tribute Newspapers (AZ). From the Michael Ritter Papers and Collection of Original Art.