Ebon: An African American Superhero from the Underground Comix Scene 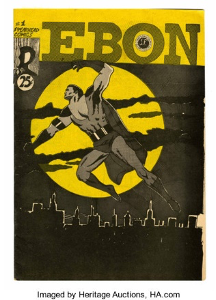 An interesting item found in our stacks, we have the underground comic Ebon. Created by Larry Fuller and largely believed to be the first Black superhero to star in his own title, Ebon takes on current-day issues with a lens that reflects a sensibility rarely represented in mainstream comic books.

After moving to the San Francisco area after serving in the U.S. Air Force in the 1960s, Fuller wanted to create a comic featuring an “authentic” African-American superhero. He just had one problem: he couldn’t find anyone to draw it for him, despite being in the hotbed of the underground comix industry. So in true do-it-yourself fashion, he used his G.I. Bill funding to learn how to draw, and created Ebon himself.

Fuller masterfully paints a portrait of the struggles of those who live in poverty, those who are disenfranchised or are afraid of their surroundings while acknowledging that the plights of African Americans were not all strife. He then introduces us to a man named Valentine who is grieving the death of his mother. Unbeknownst to him, he is the last-human living descendant of an alien race that has chosen to eschew violence, but needs a defender who is worthy of taking on the mantle and the immortal heart of Jom. 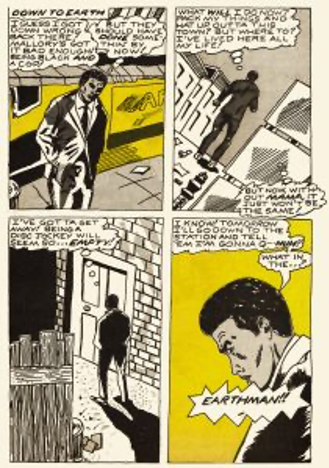 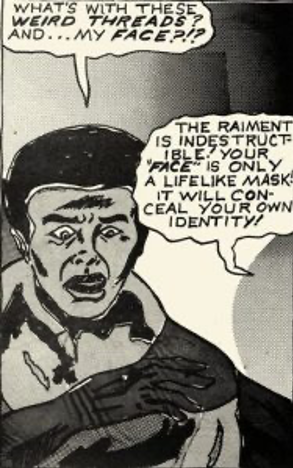 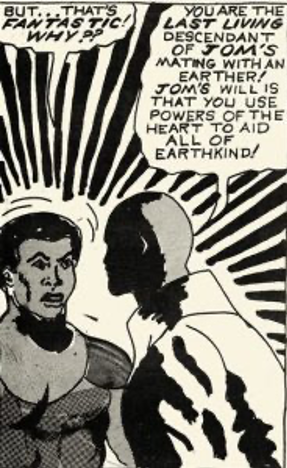 The hero of this tale speaks in current-day slang which renders his character as a relatable person and not a caricature. Unlike other depictions of superheroes that can be problematic, Ebon presents a complicated figure that is given powers (and then tested, to boot) while in the midst of mourning the loss of his mother. Larry Fuller wanted a superhero that reads as authentic, and he does so with true aplomb. We are left to wonder what exploits Ebon would have experienced had the series continued.[iii]

Larry Fuller moved on to produce an adaptation of an H.P. Lovecraft tale for Last Gasp in 1971 and, subsequently, a number of adult-themed comics and comic anthologies into 1991.[iv]  And while Fuller stopped contributing to comics at that point, he left readers with a groundbreaking piece of comics history.

[i] Image is from https://comics.ha.com/itm/memorabilia/miscellaneous/ebon-1-fanzine-spearhead-comics-san-francisco-comic-book-co-1970-condition-vf/a/121132-12548.s

[iii] I learned from another site that amongst the credited creators of this comic are Gary E. Arlington, Rory Hayes, and Jay Lynch. https://comixjoint.com/ebon.html

[iv] This came from here: https://en.wikipedia.org/wiki/Larry_Fuller_(cartoonist)