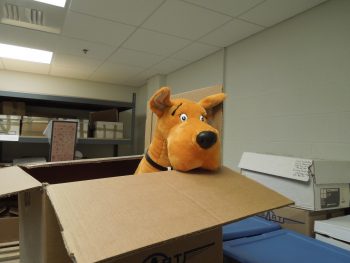 Look who came along!

In 2018 we received an exciting delivery: the Brad Anderson Collection! This amazing new acquisition features over 16,000 original Marmaduke cartoons from 1954 to 2010, in addition to other original art, business correspondence, fan mail, books, newspaper clippings, memorabilia, merchandise and more. 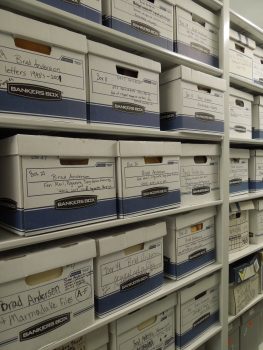 A sampling of the boxes containing the Brad Anderson Collection

Brad Anderson (1924-2015) is a cartoonist best known for the long-running family-favorite, Marmaduke, featuring a lovable Great Dane. The comprehensive body of work found in this collection allows scholars and fans alike to trace the evolution of the well- known character as Marmaduke’s scowl turned into a smile, and as he continued to wreak havoc while remaining completely lovable.

“Marmaduke is one of the most beloved comic strip characters of all time. We’re grateful to the Anderson family for this generous donation. As we’ve begun cataloging the collection, it’s been wonderful to see how much the characters have evolved over the years and the breadth of Anderson’s body of work. The accompanying correspondence and archival materials will provide interesting primary source materials for future researchers,” said Curator Jenny Robb. 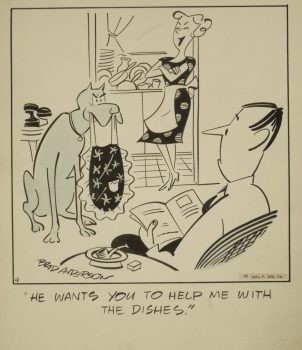 “He wants you to help me with the dishes.” Cartoon from 1954 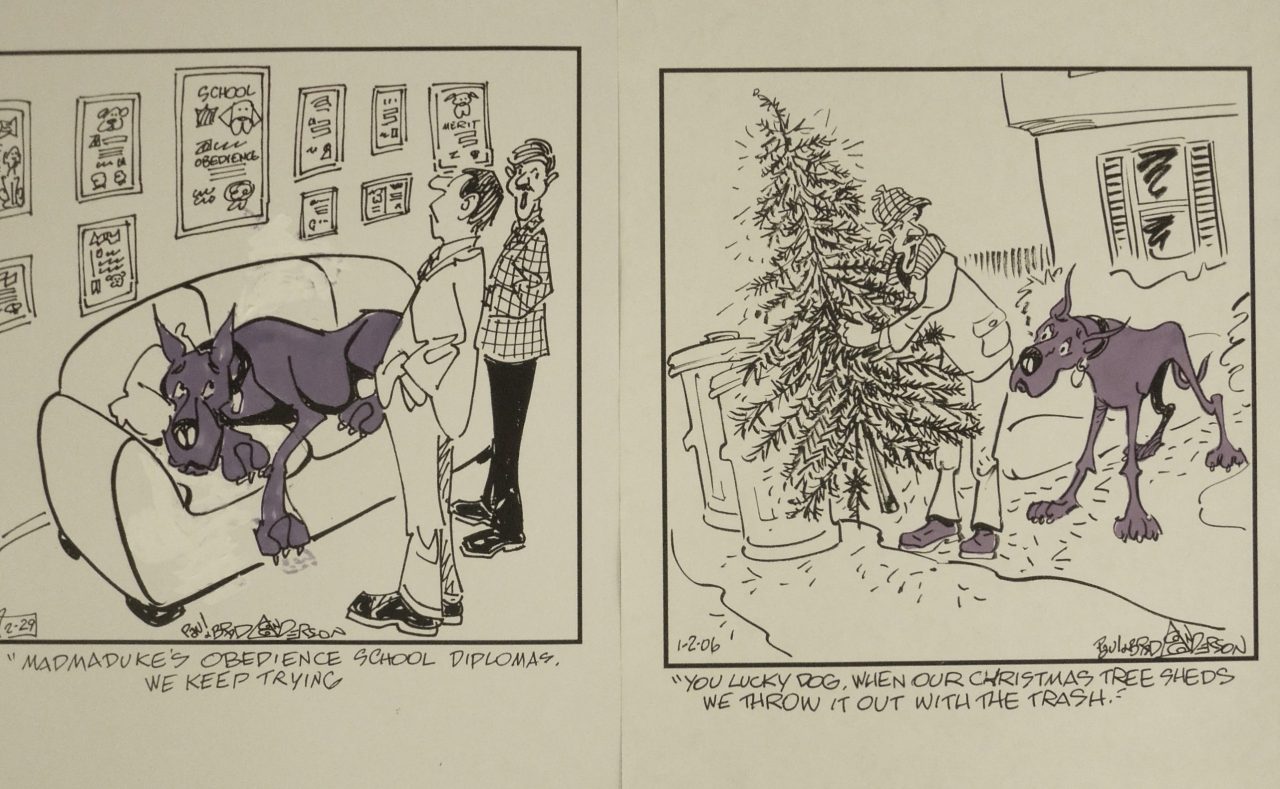 Left: “Marmaduke’s obedience school diplomas. We keep trying.” From 2006. Right: “You lucky dog, when our Christmas tree sheds we throw it out with the trash.” From 2008.

Brad Anderson grew up drawing cartoons in Jamestown, New York and sold his first cartoon at age 15 to the aviation magazine, Flying Aces. After serving in the Navy during World War II, Anderson graduated from Syracuse University in 1951 with a Bachelor’s of Fine Arts degree. While working in advertising, Anderson sold cartoons to major publications such as Collier’s magazine and Saturday Evening Post. We are fortunate enough to have over 3,000 examples of Anderson’s magazine cartoons. 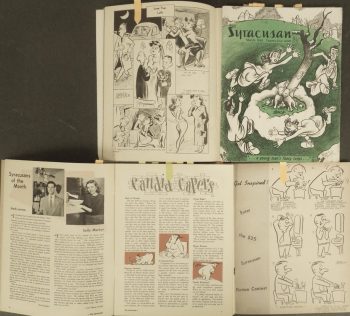 Cartoons by Brad Anderson while a student at Syracuse from the university magazine The Syracusan, 1948-1949 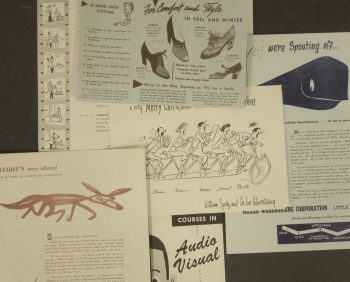 Examples of Anderson’s artwork for advertising, circa 1952

The Anderson family had said this about the donation, “Brad Anderson’s wish was that his life work would find a home at the Billy Ireland Cartoon Library and Museum where the collection would be in a safe environment and enjoyed by kids of all ages. Our family feels privileged to fulfil his wish and donate the works of his 75 year labor of love. Some of our special memories include his earliest published airplane drawings when he was a teenager, the water color paintings from his undergraduate years at Syracuse University, the magazine cartoons from the 1940’s through the 1970’s and, of course, the Marmaduke dailies and Sundays over the decades. ” 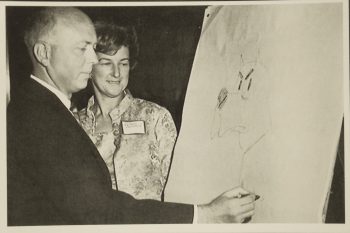 Brad Anderson and his wife, Barbara

Besides the wonderful artwork displaying a wide range of his artistic styles, the collection contains lots of fan mail demonstrating the enormous popularity of the strips. For everyone who wondered if their favorite cartoonist kept the fan letter they wrote so long ago – if it’s Anderson, he did! 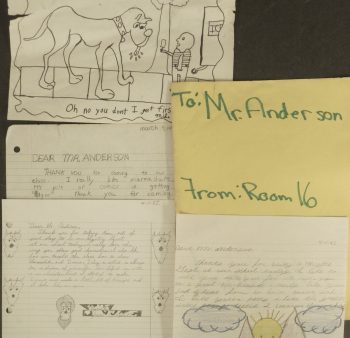 Thank you letters to Brad Anderson from kids.

For such a prolific cartoonist, organizing decades of artwork is no small task. The Billy Ireland Cartoon Library & Museum will be very busy in the coming year as we work to make this treasure trove available to all to study and enjoy.

About the Billy Ireland Cartoon Library & Museum: The BICLM is one of The Ohio State University Libraries’ special collections. Its primary mission is to develop a comprehensive research collection of materials documenting American printed cartoon art (editorial cartoons, comic strips, comic books, graphic novels, sports cartoons, and magazine cartoons) and to provide access to these collections. The BICLM recently moved into its newly-renovated 30,000 sq. ft. facility that includes a museum with three exhibition galleries, a reading room for researchers and a state-of-the-art collections storage space. The library reading room is open Monday-Friday 9 a.m. to 5 p.m. and Sunday 1 p.m. to 5 p.m. The Museum is open Tuesday-Sunday from 1 – 5 p.m. See http://cartoons.osu.edu/ for further information.