Drawing for The Essential Jack Ziegler, published in 2007.

COLUMBUS— Renowned cartoonist Jack Ziegler has donated his personal collection of original art and archival materials to the Billy Ireland Cartoon Library & Museum (BICLM). Ziegler is best known for his contributions to The New Yorker; since 1974, the magazine has published over 1,500 of his cartoons. His work has also appeared in eight collections, the children’s book Mr. Knocky, and the anthology The Essential Jack Ziegler, which was published in 2000.

This collection spans half a century of cartooning, from the sketchbooks of a budding artist and early days at The New Yorker to recent work. Ziegler says about his donation, “It was important to me to locate a place that would properly preserve all my original published cartoon art from The New Yorker magazine, et al., along with related miscellany, for future scholars and the general public or other interested parties to peruse.” When considering where to house his artwork permanently, Ziegler visited the BICLM.

“Jenny Robb and Wendy Pflug were kind enough to give me the grand tour and I was greatly impressed with the care and seriousness of their and OSU’s approach,” he says, “so impressed in fact that I decided then and there to donate my archives.”

The donation includes 4,148 original drawings, contracts and paperwork, personal correspondence and journals, and manuscripts for an unpublished memoir. “Since I am still a practicing cartoonist, much of my unpublished (as well as some published) material is still here for possible use in my own future projects,” Ziegler says, “and going through my archives for eventual inclusion at OSU is an ongoing project.”

“We are so pleased to have this comprehensive collection of original cartoons, roughs, and papers from Jack Ziegler’s impressive and prolific career,” says curator Jenny Robb of the collection. “He is a truly talented and funny cartoonist who brought a unique style and sensibility to the New Yorker starting in the 1970s.  Because of this generous gift, Jack’s archives will be available for future study and exhibition.” 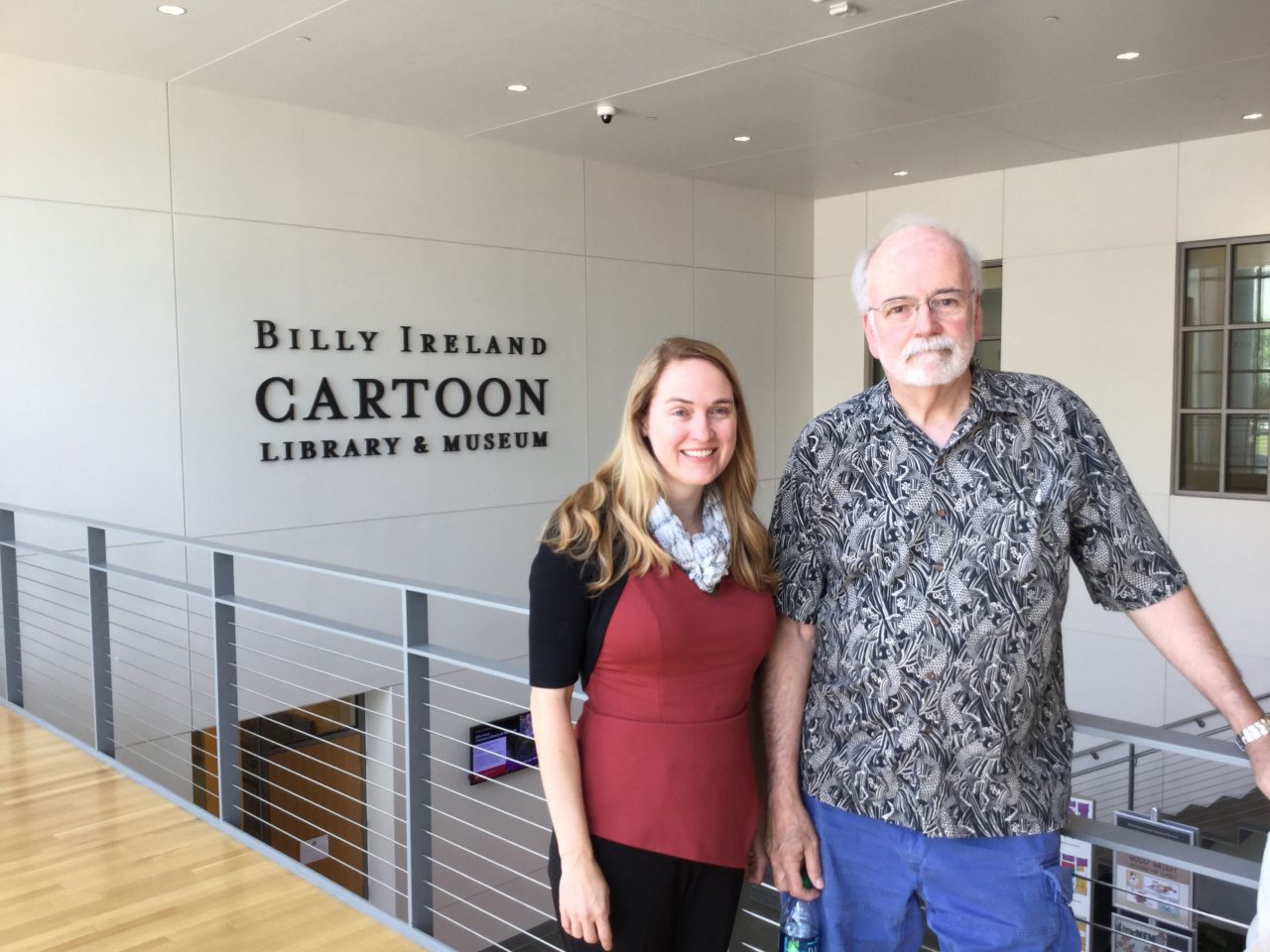 Our curator Jenny Robb with Jack Ziegler during a visit to the museum galleries. 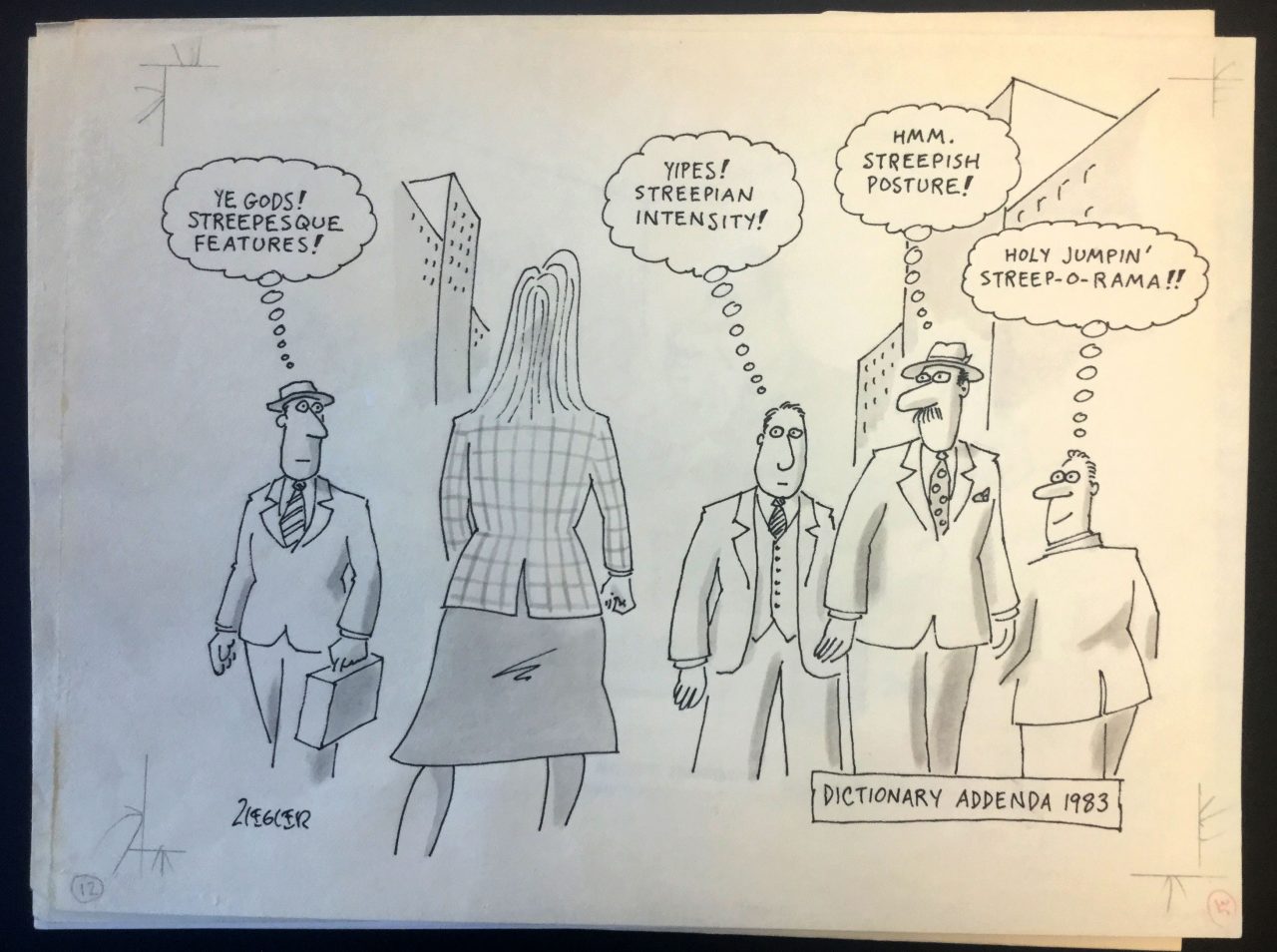 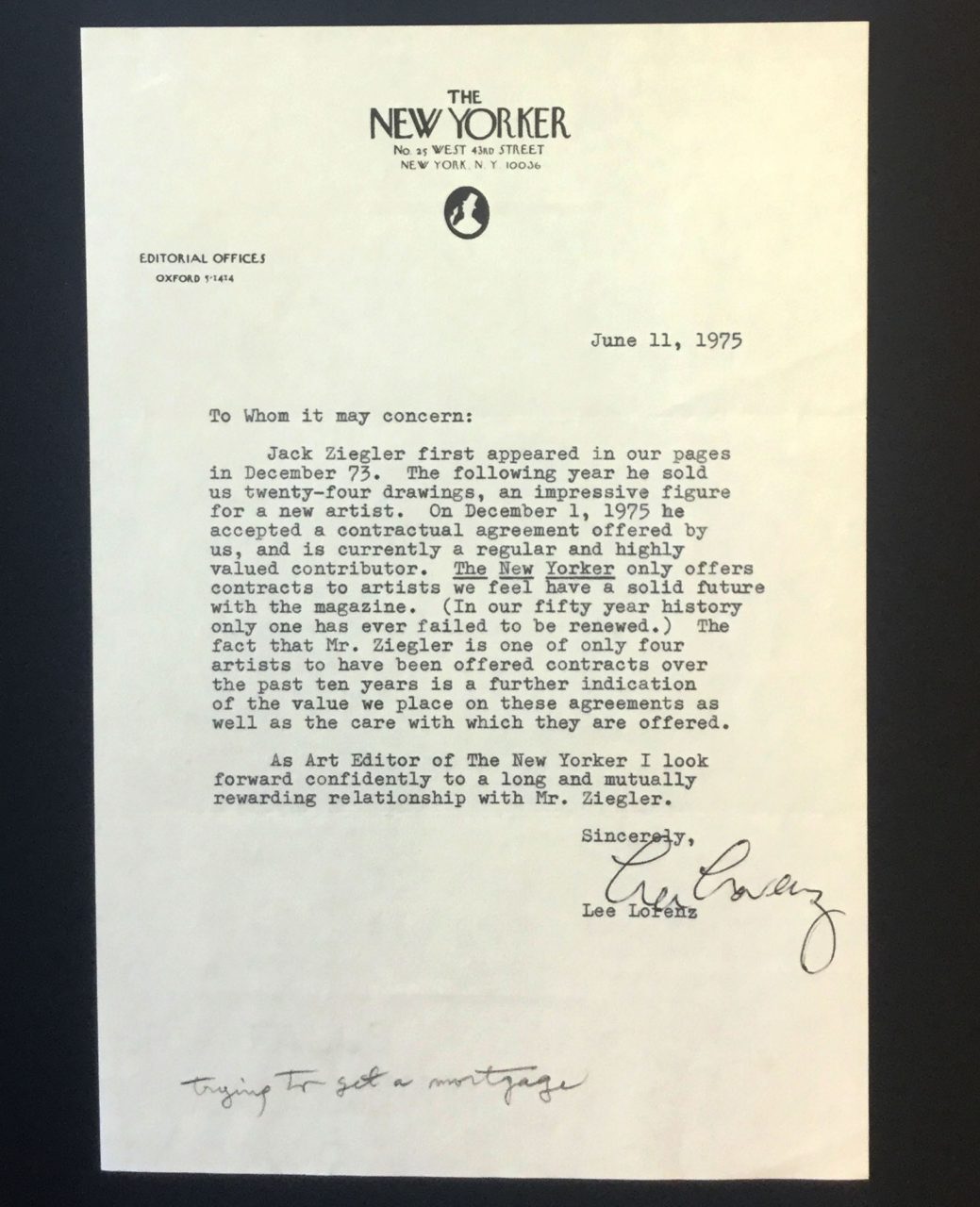 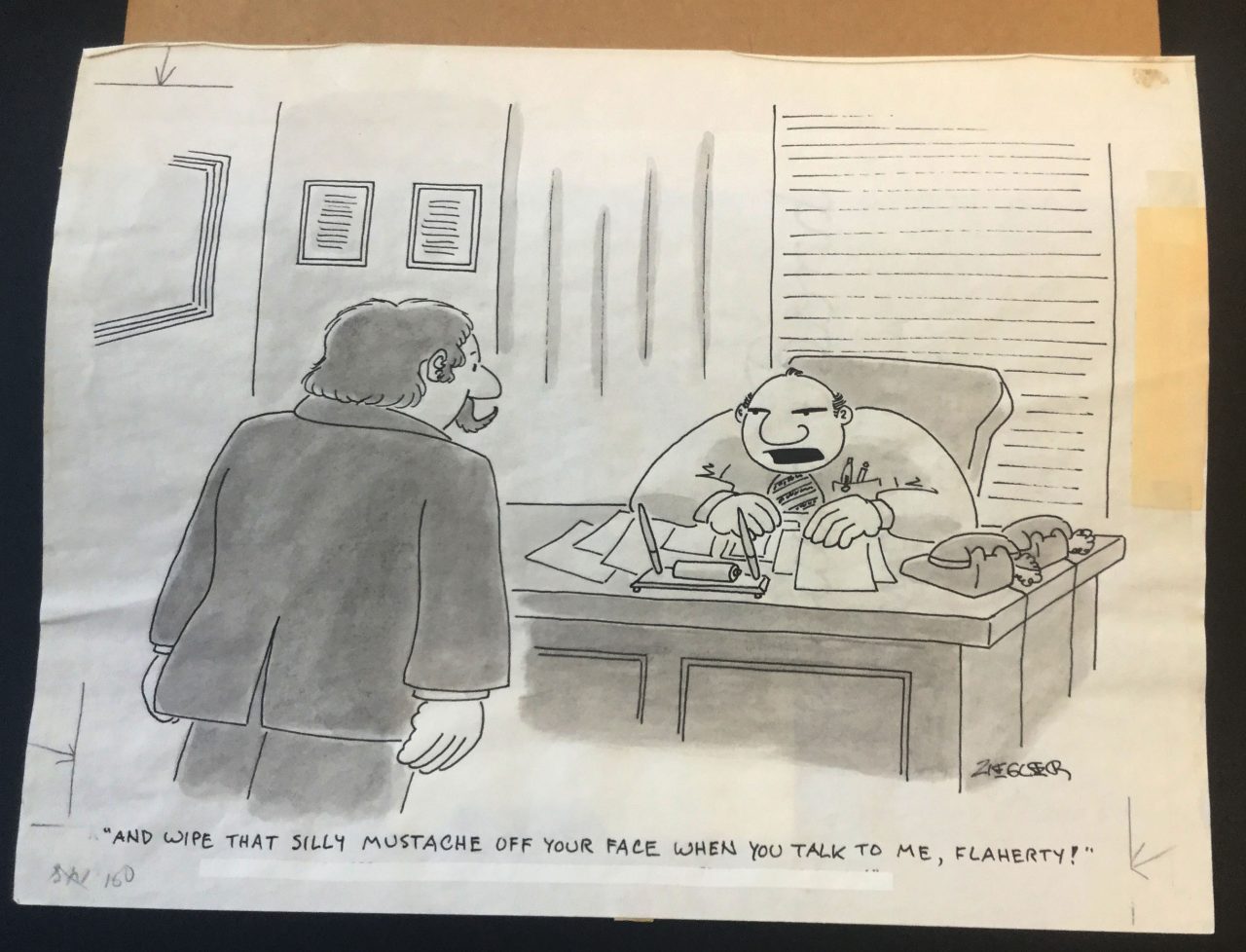