The Billy Ireland Cartoon Library & Museum will debut two new exhibits in June to run through October 2016. These exhibits are free and open to the public Tuesday – Sunday from 1:00 – 5:00 p.m. 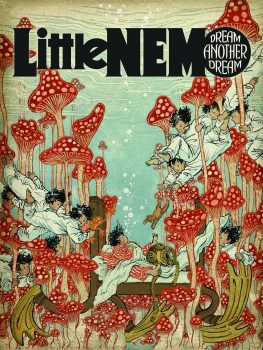 Little Nemo: Dream Another Dream
Winsor McCay (186? – 1934) was one of the most significant American artists of the 20th century, known best for his groundbreaking newspaper comics and early animated films. Much of his most beloved work appeared in Little Nemo in Slumberland, a full-page comic that ran every Sunday from 1905 to 1926. It was on these pages that McCay expanded the world of visual narrative: his stunning sequences, expressed through vivid illustrations and inventive panel compositions, became a cornerstone of modern comics.

In 2014, Locust Moon published Little Nemo: Dream Another Dream, a full-color anthology featuring work by 100 comic artists and illustrators. Each of these artists was asked to create a new version of McCay’s famous strip, resulting in a rich and diverse collection of homages to a remarkable man. 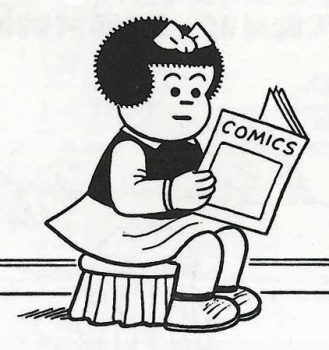 Good Grief! Children and Comics
Young people have a long, rich, and complicated history with comics in the United States.  Many of the most beloved comic strip characters have been children.  Similarly, boys and girls have also constituted one of the primary readerships of, as well as target audiences for, this artistic form.  Comics and children just go together, like Nancy and Sluggo, Archie and Jughead, or Calvin and Hobbes.

Good Grief! Children and Comics examines the history, role and tensions of child characters in comic strips and comic books.  The exhibit explores questions such as the following:  In what ways do child characters in comics represent actual children, both their explorations of fantasy and their realistic lives? In contrast, how do child characters serve as stand-ins for adult concerns and desires, becoming mouthpieces for engaging with adult topics? Likewise, how have comics navigated the seemingly competing objectives of providing simple escapist fun and serving as substantive educational reading?

In exploring these and other themes dealing with the child, Good Grief! Children and Comics features characters, cartoonists, and strips spanning the history of American comics.  The exhibit includes well-known titles such as Peanuts, Little Orphan Annie, Calvin and Hobbes, Archie, Dennis the Menace, and Little Lulu, along with lesser-known gems like Madge the Magician’s Daughter, Luther, and Space Kid. Curated by Karly Grice and Michelle Abate, with assistance from Jenny Robb and Caitlin McGurk. 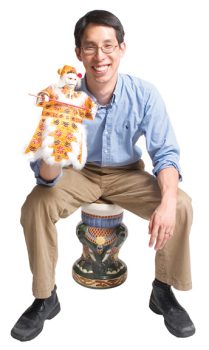 FREE EVENT: On Friday, June 10th the Billy Ireland Cartoon Library & Museum will host an opening reception from 5:30-7:00 pm in the museum galleries. At 7:00 pm, in partnership with the Wexner Center for the Arts, award-winning cartoonist Gene Luen Yang will present on “Asian Americans and Comics” in the Wexner Center Film/Video Theater. Yang, National Ambassador for Young People’s Literature, is the author of the award –winning graphic novels American Born Chinese and Boxers and Saints. Book signing to follow.
For more information visit: http://cartoons.osu.edu/events/asian-americans-and-comics/

About the Billy Ireland Cartoon Library & Museum:  The BICLM is one of The Ohio State University Libraries’ special collections. Its primary mission is to develop a comprehensive research collection of materials documenting American printed cartoon art (editorial cartoons, comic strips, comic books, graphic novels, sports cartoons, and magazine cartoons) and to provide access to the collections. The library reading room is open Monday-Friday 9 a.m. to 5 p.m. and Sunday 1 – 5 p.m. The museum is open Tuesday-Sunday from 1 – 5 p.m.  See http://cartoons.osu.edu/ for further information.