It was a glorious Friday morning at The Billy Ireland Cartoon Library & Museum that found me prancing down the aisles of flat files, looking for inspiration for a blog post. I am admittedly not well-versed in Alfred Andriola’s Kerry Drake comic strip, let alone all of the quirky villains included (and there are some very, very quirky ones). That being said, I was overwhelmed with joy when I opened up a file from the Toni Mendez Collection and found a group of cut-out panels from Andriola’s original art that specifically feature this angry stooge who is hitting people with a yoyo. 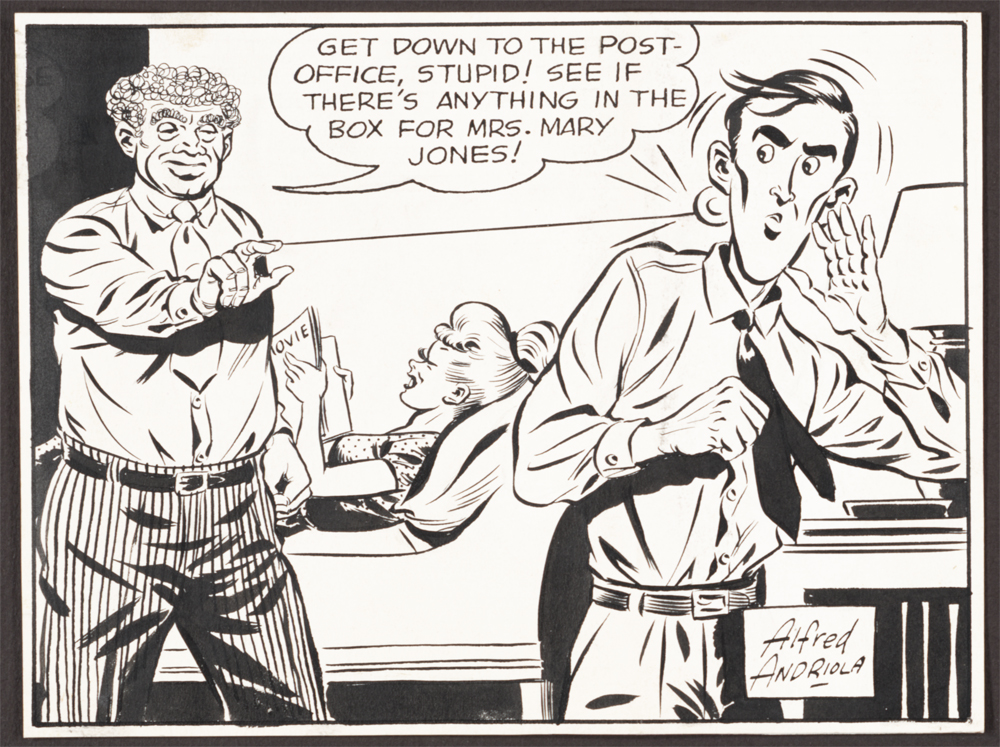 It’s hard to verbalize why these panels thrill me so, but seeing them completely out of context from the rest of the story made them the most intriguing and hilarious insights into the world of Kerry Drake. It’s a world I’ve really enjoyed living in while reading through these old strips. For as much as sequentiality carries the comics medium, peeking in the window of a single panel sends your imagination spinning, and in a way lends further merit to the artists talent. If looking at one panel of a comic can enrapture a reader almost as strongly as seeing the whole story, something major is being achieved.

Anyone who reads Nancy Panels is no stranger to this pleasure. 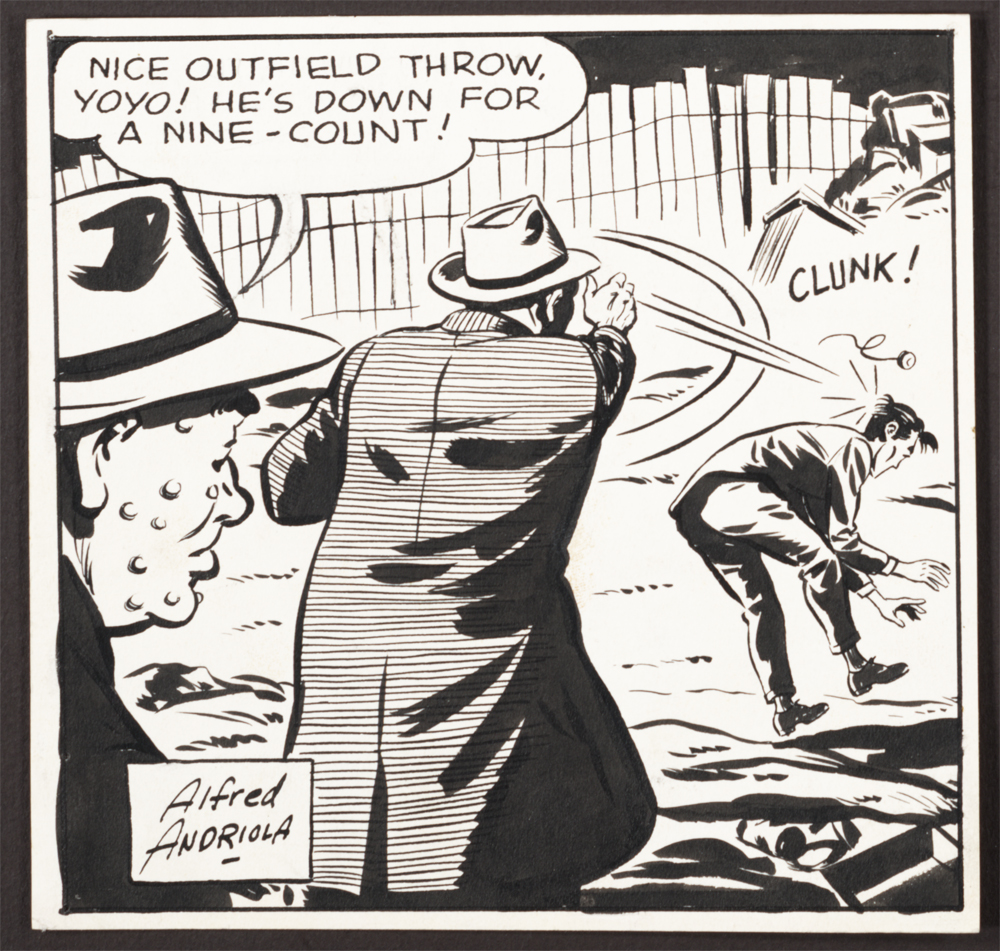 Finding these panels in the Toni Mendez collection added even more bewilderment to the experience. Toni Mendez worked as an agent for cartoonists from 1946 to 2003, and was a licensor and merchandiser as well. She represented over 50 cartoonists including Milton Caniff and B. Kliban, and handled rights-negotiations for hundreds of others including Rube Goldberg and Ernie Bushmiller. As a former Rockette at The New York City Music Hall, Mendez had a keen understanding of performance and entertainment. She conceived of the idea of cartoonist Chalk Talks (directing and producing the shows herself),  which led to the congregating of artists who would then go on to form the National Cartoonists Society. 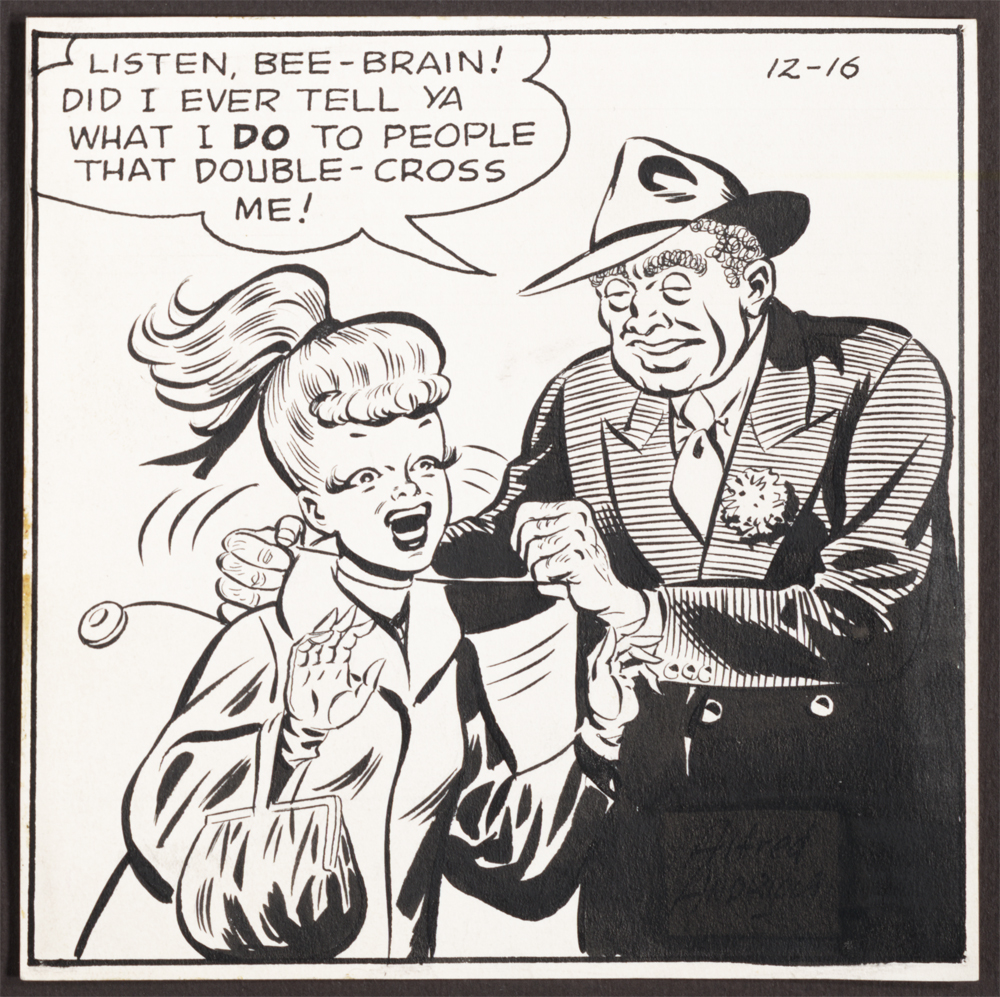 The majority of the Mendez collection here at the Cartoon Library, which totals to 416 boxes of materials, is made up of business correspondence and licensed character merchandise- though there are 735 pieces of original art as well. These cut-out panels that specifically feature “Yoyo” Martin come with no greater context, no explanation for why Toni may have had them. Although their inclusion in her collection leaves me curious, the oddness of it breathes even more strange life into the Yoyo character.

In case the injury is not believable, we are assured that there is lead in that yoyo top. From the Toni Mendez Collection, The Ohio State University Billy Ireland Cartoon Library & Museum

Yes, indeed- discovering treasures like this is one of the most gratifying parts of working as an archivist or librarian. I hope you’ve enjoyed these “Yoyo” Martin panels as much as I have- I’ll be highlighting many more materials from the Toni Mendez Collection for blog posts to come, and in the meantime I encourage you to browse the Collection Guide. 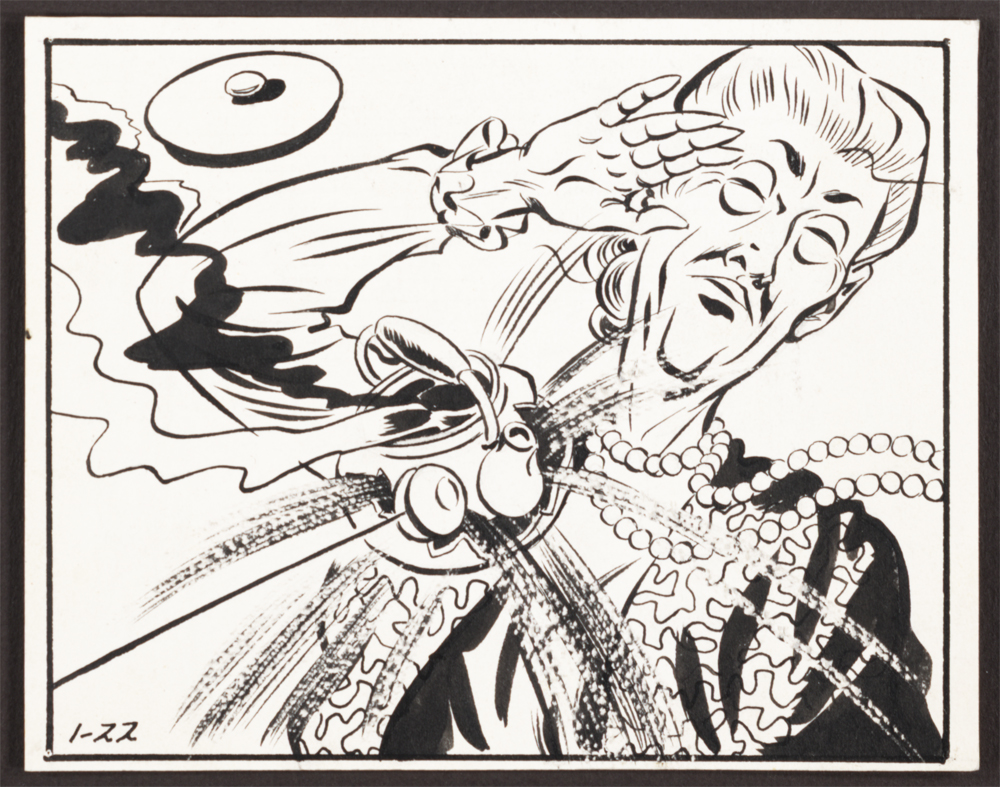 "Yoyo" Martin threatens Mother Whistler by yoyo-ing her teapot to smithereens after she refuses to let he and Folly hide out in her house. From The Toni Mendez Collection, The Ohio State University Billy Ireland Cartoon Library & Museum.

In our San Francisco Academy of Comic Art collection we have a nice run of newspaper clippings of Kerry Drake. After locating Yoyo’s appearances in it (late 1949-early 1950), I thought I’d single out a panel of my own to close with.