Frozen Fridays: ‘H’ is for Highjump!

The year is 1946. The United States is embroiled in the most dangerous international conflict in its brief history: The Cold War. The United States, hot off the Allied victory against Nazi Germany and Imperialist Japan in the Second World War, stands toe-to-toe with its former ally, the Soviet Union. For forty-six years, the world watched as these two giants fought each other in every conceivable manner, save yet another world war. Every continent in some way felt the chilling effects of the Cold War, even the frozen continent of Antarctica.  Antarctica felt “Operation Highjump.” 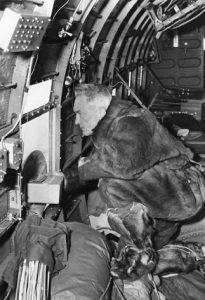 Four thousand and seven hundred men, led by none other than Admiral Richard Evelyn Byrd, carried out a “benign assault” on the frozen continent.[3] Task Force Sixty-Eight, the fleet assigned to the mission, consisted of a communications ship, two supply ships, two ice breakers, two seaplane tenders (a form of light aircraft carrier), two tankers, two destroyers, an aircraft carrier, and a submarine.[4] The communications vessel, serving as the flagship of the task force, was named the Mt. Olympus and was specially outfitted with fifty radio operators[5].

An artists rendition of how a
penguin soldier may have looked.

Those poor penguins never stood a chance. That was a joke. Those thirteen ships and nearly five thousand men did not sail to Antarctica with the purpose of showing the penguins and seals the what’s what. Rather, the massive force was meant to accomplish what could be categorized into three broad goals: to train personnel and equipment under Antarctic conditions, to consolidate and expand United States claims in the Antarctic while investigating potential sites of United States bases and developing techniques for the establishment and maintenance thereof,  and finally to extend scientific knowledge of the Antarctic[6]. 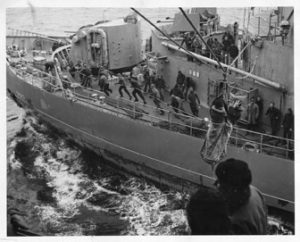 One of the thirteen ships taking part in
“Operation Highjump”.

This was clearly and overtly a military mission in Antarctica. The Pentagon, realizing that a war with the Soviet Union would be chilling (to say the least), recognized that any war with the USSR would require polar combat.[7] Furthermore, the Pentagon wished to keep itself in the public eye. By launching a mission of such a spectacular size, the United States military insured that it would firmly remain within the public’s field of vision.[8]

Though “Operation Highjump” was a success in that respect, the mission was, as a whole, a mixed success. While personnel were trained in the harsh conditions of Antarctica and several pieces of technology were tested in the freezing weather, the men of Task Force Sixty-Eight failed to produce aerial photographs 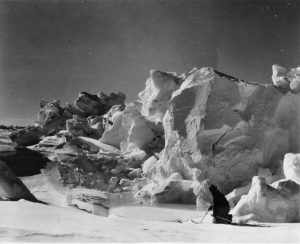 One of the images taken during “Operation Highjump”.

capable of being used for the production of maps.[9] Though the photographs were successfully taken, a lack of ground control points made them nearly useless for mapping.[10] The icebreakers of the fleet proved to be incredibly effective, but the submarine brought to the Antarctic demonstrated that subs could not be used in the cold waters of the southern continent.[11] The expedition also contributed to the scientific community the first sufficient observations of Antarctic weather to produce twice-daily synoptic weather maps of Antarctica.[12]

“Operation Highjump” was the first time that the US sent a fleet into the Antarctic. It was perhaps the largest expedition to Antarctica in history. 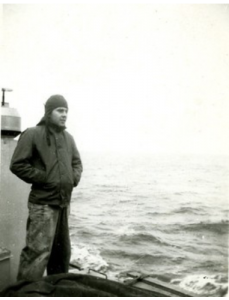 Carl Hicks, a member of the “Operation
Highjump” expedition.

It is the only truly and completely benign invasion in history and was born in the cold-blooded Cold War. For more information on “Operation Highjump”, Admiral Byrd, or other incursions into the Antarctic, check out the Byrd Polar and Climate Research Center Archival Program! The Polar Archives has collections for several men serving in “Operation Highjump”, including Carl Hicks, George Kosco, and Anthony Morency.

Frozen Fridays: ‘I’ is for Igloo!