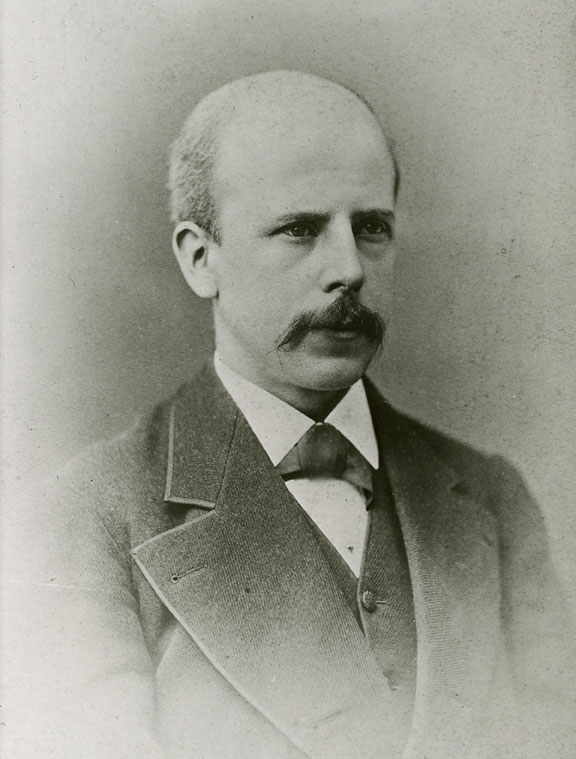 Since it’s Halloween, we’d like to tell you about Thomas C. Mendenhall, the very first faculty member hired by the then-Ohio Agricultural and Mechanical College in 1873. He was a real Renaissance man when it came to the many and varied interests he pursued – including reanimation of corpses.

Though Mendenhall was a Physics professor, he also had a great interest in electricity (and other subjects, as you will read later). In 1872, while he was a teacher at Central High School – then known as Columbus High School – he decided to test a theory that a dead body could be brought back to life through electric shock. He received approval from the Ohio Penitentiary to transfer the corpse of a recently hanged prisoner to Starling Medical College, located in downtown Columbus and one of the predecessors of Ohio State’s College of Medicine. So, on October 4, 1872, Mendenhall tried, by use of electric shocks, to reanimate the corpse of John Barclay—a man who was hanged for murder that same day. 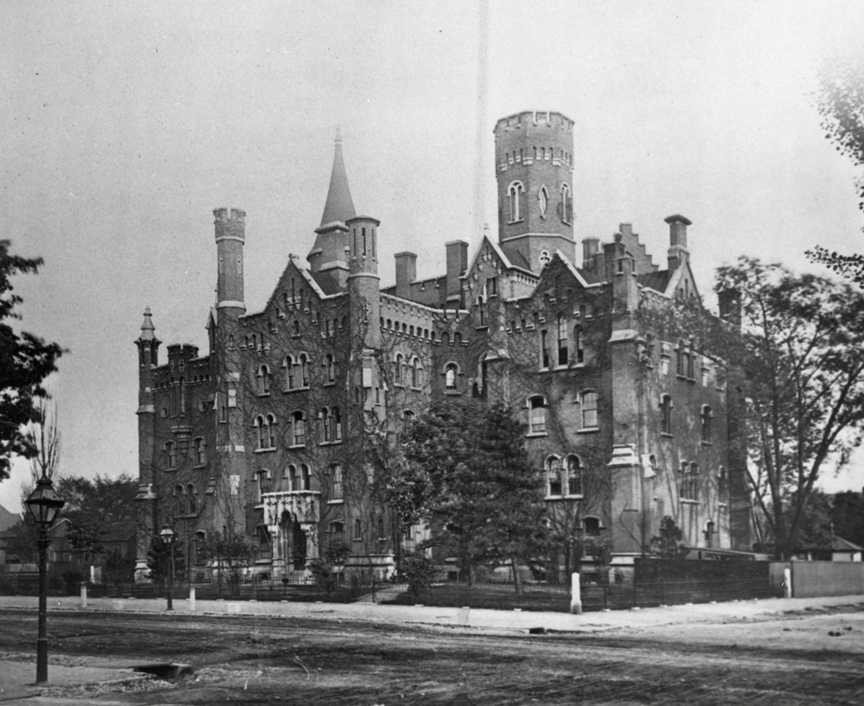 According to a history of the Columbus High School, the experiment was performed in front of the judges of the State Supreme Court and other witnesses, including a reporter for the Police Gazette. “In so far as anyone knew,” the history said, “the Judges might have to pass upon the uncanny question of Barclay’s legal status as a living person who had already suffered the death penalty. However, they were spared that embarrassing situation” since the experiment obviously did not succeed.

It was just one of many ways in which Thomas Mendenhall went about satisfying his curiosity on a wide variety of subjects.

In addition to his interest in electricity, Mendenhall dabbled in English literature as well. In 1887, Mendenhall conducted a study on stylometry, the analysis of word length in an author’s work, and particularly pinpointed William Shakespeare in his study. With the help of some diligent counters, Mendenhall counted and classified 400,000 of Shakespeare’s words, most consisting from his famous plays. Mendenhall published his stylometric graphs in The Popular Science Monthly in 1901. They compared Shakespeare’s average word length with other contemporary authors, such as Ben Jonson, Francis Bacon and Christopher Marlowe. Mendenhall’s graph visibly showed that Shakespeare and Marlowe had nearly the exact same word length frequency; Mendenhall concluded that Marlowe’s and Shakespeare’s work were written by the same author.

Overall, Mendenhall had a long and full life. After teaching for five years at Ohio State, Mendenhall, then 36, traveled to teach physics at the Imperial University in Tokyo. In 1881, Mendenhall returned as professor of physics at Ohio State and also became director of the Ohio Meteorological Bureau. By 1884, however, Mendenhall was back at to working with electricity at the U.S. Signal Service in Washington D.C. and then was elected president of Rose Polytechnic Institute in Indiana in 1887. Then in 1889, he was appointed superintendent of the Coast and Geodetic Survey by President Benjamin Harrison, where a few years later a glacier would be named after him. Ohio State named him Professor Emeritus in 1900, and became a board member in 1919. Mendenhall died in 1924, at the age of 82.