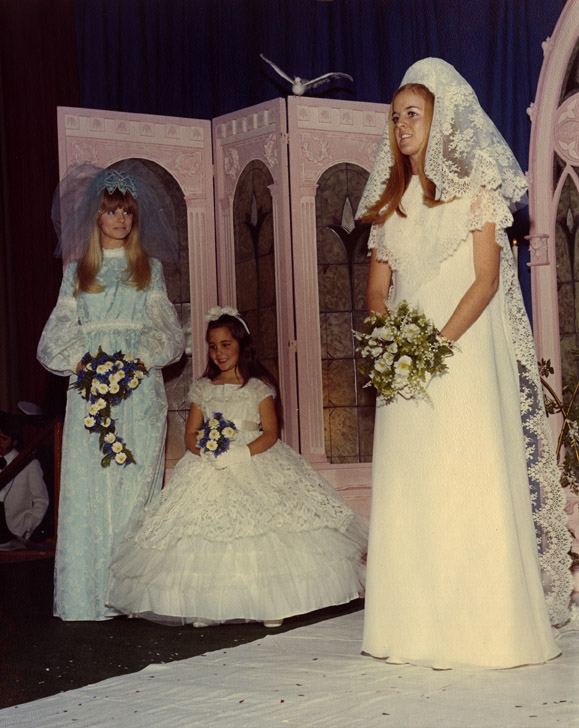 These days, couples who don’t have the energy to leave home can scour the Internet and cable TV for ideas on what to wear, eat and even dance at their weddings. Years ago, though, the only way to find out which fashions were in style and what kind of luggage to buy for the honeymoon were at bridal fairs. In the early 1960s, the events were popular on a number of college campuses; OSU held its first fair in 1966.

Sponsored by the Women’s Self Government Association and Bride and Home Magazine, hundreds of mostly hopeful co-eds attended the annual event, held at the Ohio Union. The fairs included displays of silver, china, crystal, linen, flowers, jewelry, cosmetics, men’s clothing, luggage, housewares, photography, gifts, and furniture. There were also usually two fashion shows held where OSU students would model different dresses and tuxedos, ranging from semi-formal to ultra-formal.  Each fair welcomed its attendees with a shopping bag filled with pamphlets regarding the merchants and displays as well as door prizes including a raffle for a honeymoon in New York City. 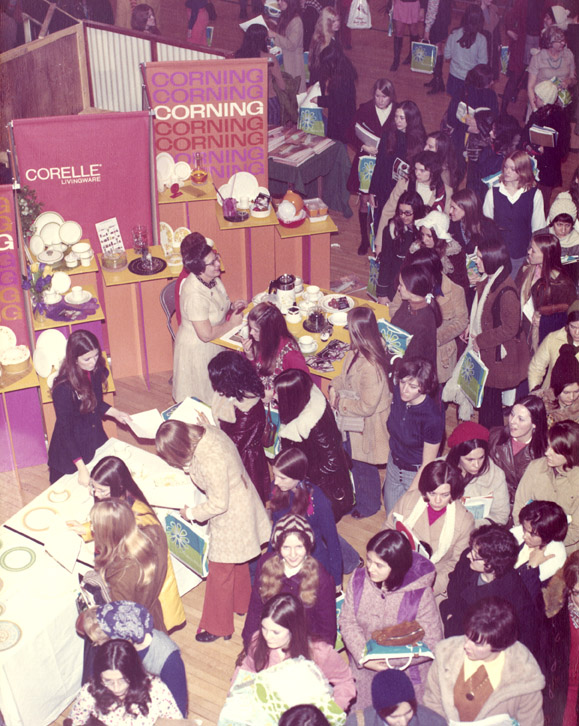 Each year brought a new theme for the Bridal Fairs, such as “April Showers Bring Wedding Flowers,” “Rings and Romance,” “White Lace and Promises,” and “We’ve Only Just Begun.” (Clearly, lyrics from songs by The Carpenters were helpful in creating these themes.) At the first fair, 650 students showed up, while 1,000 attended the following year. Attendance had hit 2,000 by 1969.

The fashions were always au courant: in 1970, for instance, the “in” look for bridesmaids were pastel culottes (garments that appear like skirts but are actually pants), with the brides wearing matching shades. And the events were definitely geared toward women – one male student who stopped by the Union to see what all the commotion was about told The Lantern he was mortified by all the fuss, and claimed that he decided that marriage was an expensive proposition. 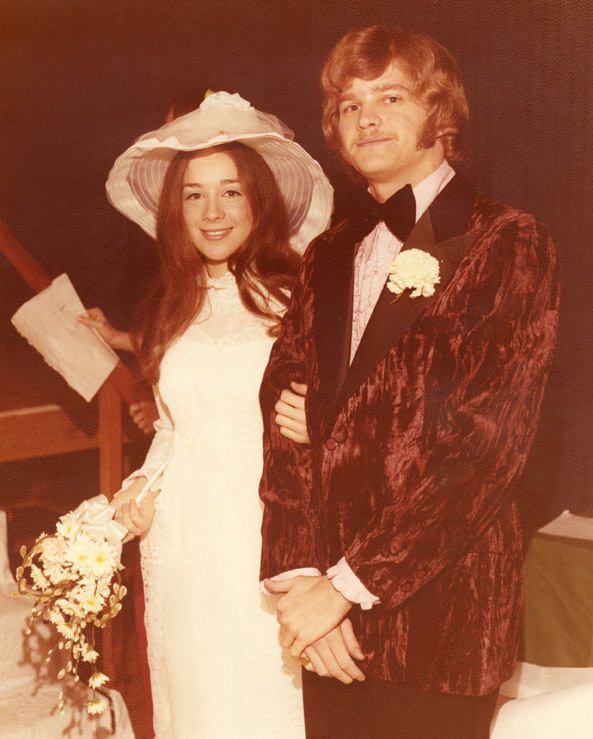 But the organizers also appeared to ignore the then-widespread feminist movement:  A “mistress” urged girls at the fair to “be as feminine as they can if they want a husband.”  By 1971, though, protests over the event had started to occur. While nearly 4,500 attendants were expected that year, OSU’s Women’s Liberation group handed out pamphlets outside of the fair claiming it was “a tradition that should be dropped,” according to The Lantern. In 1972, more protests ensued, this time involving the Gay Activists Alliance as well as Women’s Liberation. Three women, dressed as a man, a bride and a house wife pushed a cake covered in Monopoly money through the fair.

The Bridal Fair tried to be more progressive, however, by inviting adoption agencies, counseling services, and Planned Parenthood to the events. By 1973, the fair also added a discussion panel about alternative lifestyles. But by 1974, the fair had been dropped. A representative of the Women’s Self Government Association told The Lantern in December 1973 that no event would be held the following spring because attendance had dwindled considerably from 1972, and it was becoming a hassle for WSGA to co-host the event.

Languages, lectures or light operas – students could hear them all at the Listening Center