Twelve Days: For OSU supporter Sullivant, teach “all that is worth knowing”

December 6, 2013 / drobik.5@osu.edu / Comments Off on Twelve Days: For OSU supporter Sullivant, teach “all that is worth knowing” 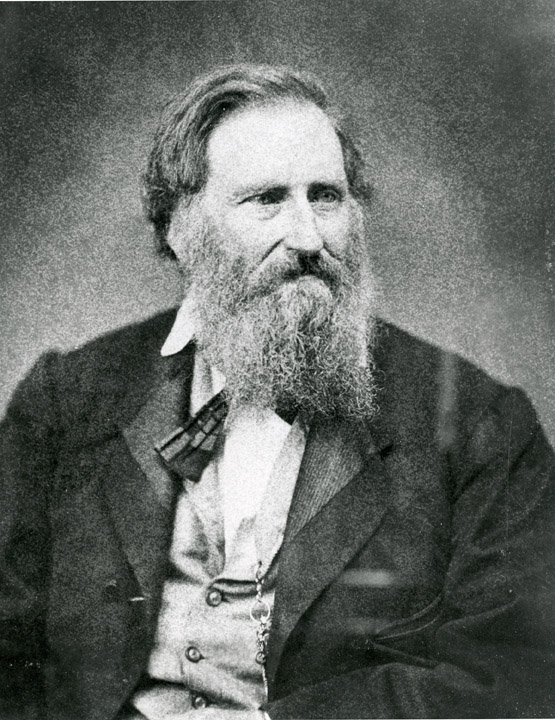 We’d like to launch this year’s “Twelve Days of Buckeyes” celebration by focusing on one of OSU’s earliest and biggest support: Joseph Sullivant, a prominent citizen of Columbus whose influence on the University’s earliest development was strong and unwavering.

Sullivant was the son of Lucas Sullivant, one of the first settlers of Franklin County. Lucas Sullivant came to Ohio from Kentucky as a surveyor of military lands and stayed, building his home in Franklinton, on the western side of the Scioto River. Joseph Sullivant was the youngest of Lucas’ three sons, born in 1809. All of the boys received a quality education, and Joseph was sent to a boarding school in Worthington for a time, before he later followed his next-eldest brother, Michael, to Ohio University. He finished his studies at Centre College in Danville, Kentucky where he had family.

Throughout the rest of his life, Sullivant spent his time in a variety of services, public and private, that helped in the development of the city. For instance, before the age of 21, the state legislature appointed him to found the Philosophical and Historical Society of Ohio and was its curator and secretary for a number of years. He also served for many years on the Columbus Board of Education. As the years went by, he became known for his pronounced and liberal views on political questions such as education. 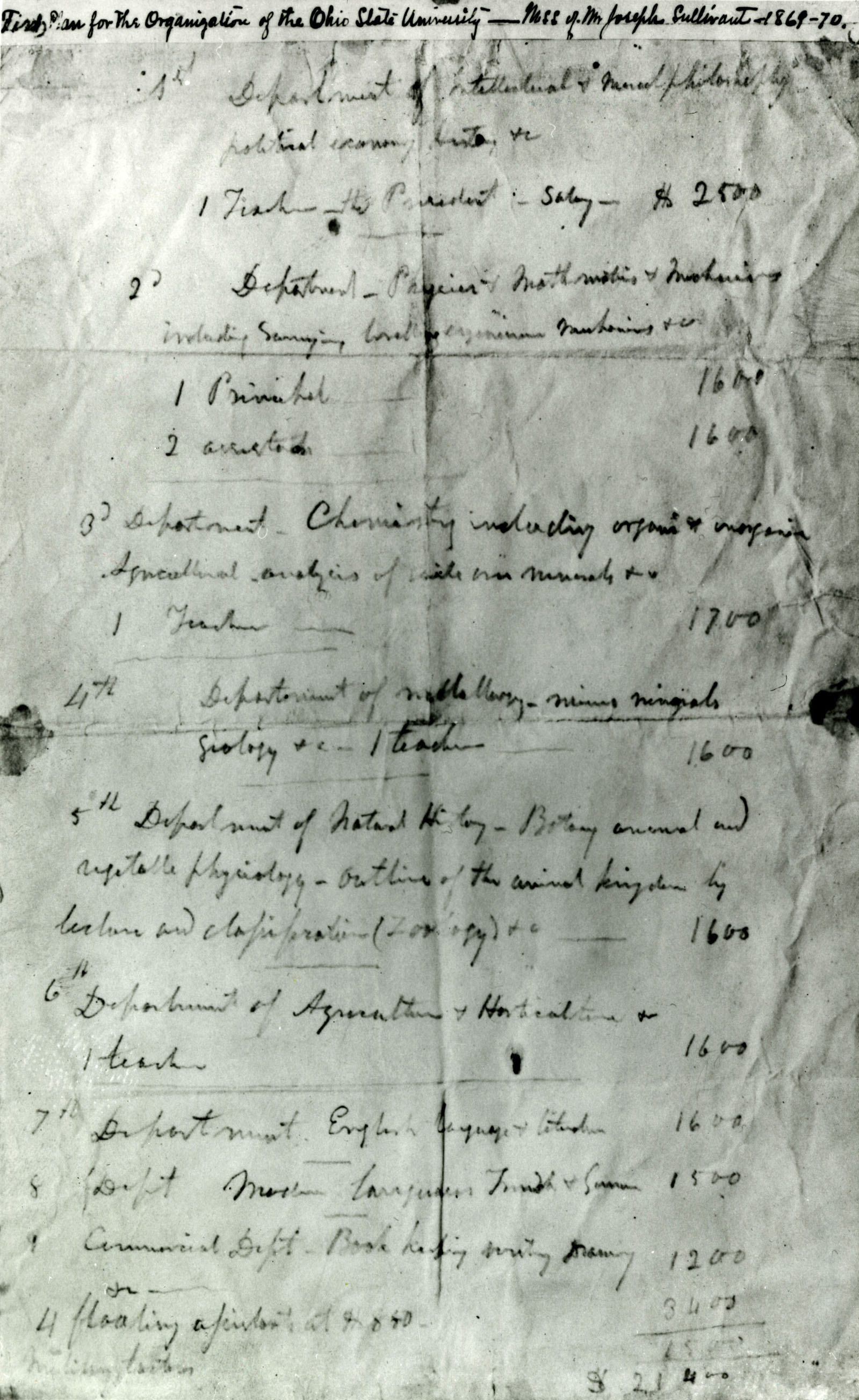 Sullivant’s plan for the organization of the University, 1869

After the Oho state legislature passed the law to create the Ohio Agricultural and Mechanical College, Sullivant lobbied hard for it to be located in Columbus. He wrote an impassioned letter to the citizens of Franklin County, printed in a local newspaper, asking for their support of measure to approve the sale of bonds whose proceeds would be used to buy the land for the new college and build its first classrooms. The measure passed.

While Sullivant lived in Kentucky, he took an interest in agricultural education, and later in Columbus joined the state board of agriculture. As a member of that board, Sullivant would be a prime candidate to be selected for the new college’s first Board of Trustees. But when then-Ohio Gov. Rutherford B. Hayes nominated him for one of the seats, Sullivant at first asked Hayes to withdraw his name, knowing that his outspoken views and liberal positions on many issues would stir opposition in the Ohio Senate. Hayes refused, and the Ohio Senate ultimately confirmed Sullivant.

As the Board of Trustees went about deciding the new college’s curriculum, Sullivant’s views on education became apparent. While some Trustees argued for the new college to focus solely, at least at first, on only those courses related to agriculture and mechanical arts, Sullivant advocated that the new college should “develop in all directions.” He went on to say, “If we had means, I would teach all that is worth knowing…What the farmer and mechanic need, like all other men, is a good education, and in proportion as that is general and liberal will they be best fitted for their special vocations.” 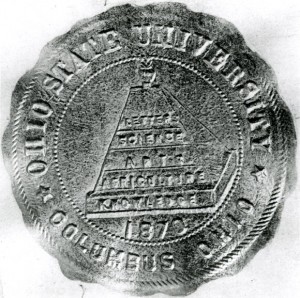 Despite the controversy of his selection, Sullivant held great sway when it came to the final curriculum for the new college: his plan for ten departments of instruction was approved, although only six were in place when the college actually opened in 1873.

And if all that wasn’t enough, Sullivant designed the University’s original seal.

Sullivant died in 1882. In 1970, as the University celebrated its centennial, the Board of Trustees honored Sullivant by renaming the former Ohio State Archaeological and Historical Society Building (it had moved to its current home near I-71) after him.