Now in a new home, Cartoon Library owes much to Milton Caniff

November 15, 2013 / drobik.5@osu.edu / Comments Off on Now in a new home, Cartoon Library owes much to Milton Caniff 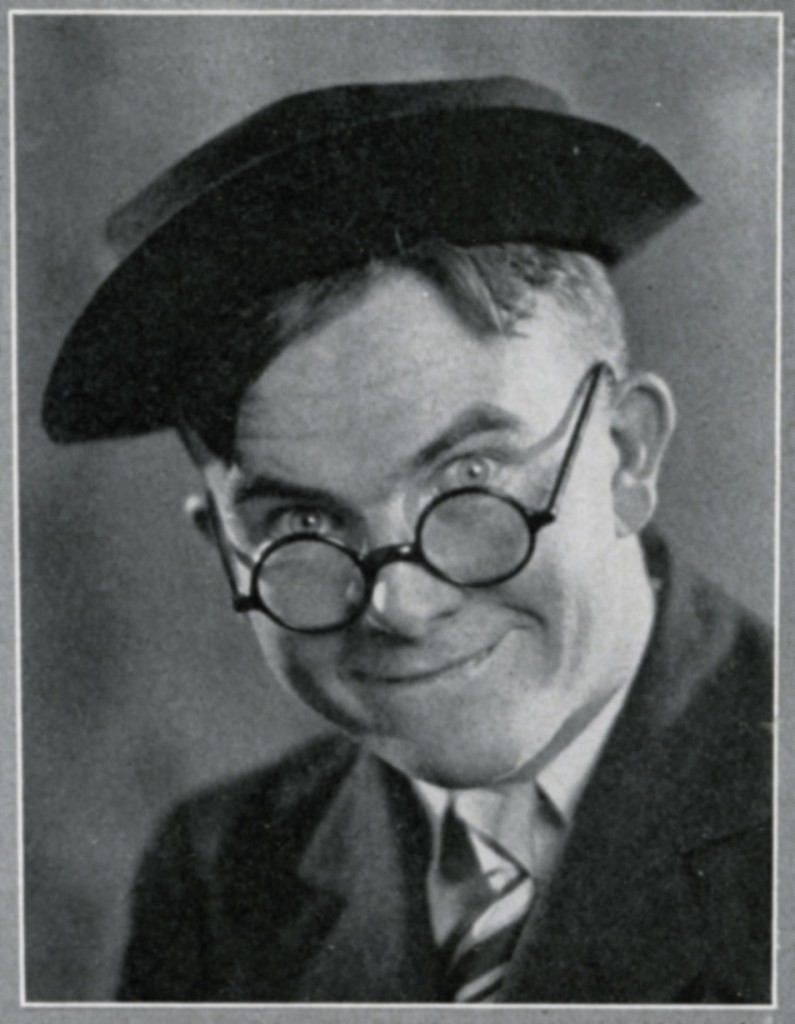 This week the Billy Ireland Cartoon Library and Museum re-opens in its new location at Sullivant Hall, after several weeks of moving its collections from its former location at the Wexner Center. Its first home, though, was in the Journalism Building, and might never have been created, if not for OSU alum Milton Caniff.

Caniff, as you may know, went to OSU in the late 1920s. During that time he also served as art director of the Makio and the Sundial, an OSU student humor magazine. He graduated in 1930 with a bachelor’s degree in journalism. He later went on to draw “Terry and the Pirates” and later “Steve Canyon,” probably his most famous comic strip. That strip ran for more than 40 years. 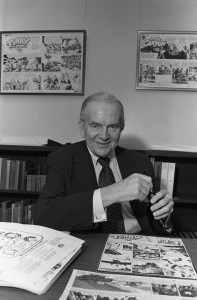 Caniff donated his papers and collected works to the University in 1977 to establish the Caniff Research Room in two converted classrooms of the Journalism Building. On May 19, 1979, the the official dedication ceremony was presided over by OSU President Harold Enarson, with many dignitaries attending, including New York Times columnist Jimmy Reston and  retired CBS president Frank Stanton. The original collection also included props, such as model airplanes, guns, and army uniforms that Caniff used to draw from, and his personal correspondence. The rest of the collection was given to the University after Caniff’s death in 1988.

In the years that followed, a number of other artists bequeathed their work to the room as well, including L.D. Warren of the Cincinnati Enquirer, Ray Osrin and Pulitzer Prize-winner Edward D. Kuekes, both from the Cleveland Plain Dealer.

In 1990, the then-Cartoon, Graphic and Photographic Arts Research Library moved to the basement of the Wexner Center. Over the years, its collections of original art and manuscripts have been built primarily through gifts-in-kind, and the Billy Ireland Cartoon Library & Museum (re-named in 2009) is now the largest and most comprehensive academic research facility documenting printed cartoon art.

The Cartoon Library is celebrating its grand opening at Sullivant Hall during the 2013 Festival of Cartoon Art. For information, go to:  http://cartoons.osu.edu/.