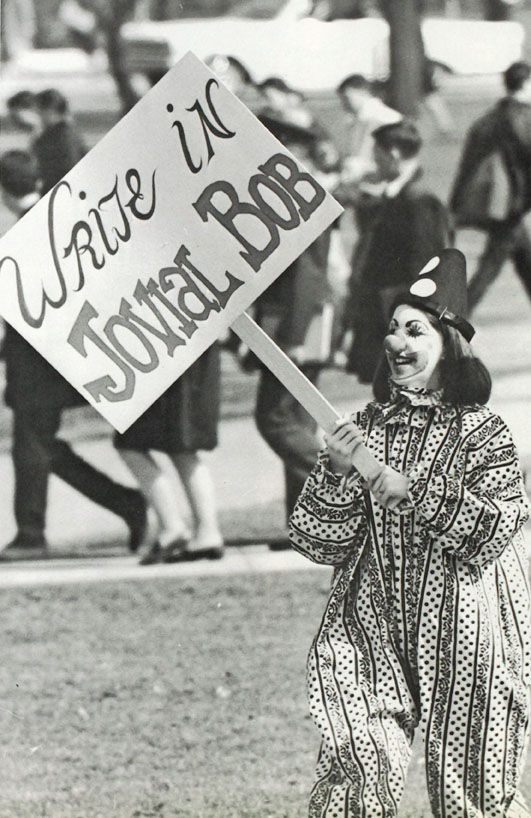 This year’s USG election is the latest in a long line of annual events in which students choose the candidate whom they believe will best represent their interests in Ohio State’s student government. It has sometimes been ugly – depending on how much mud is slung by various candidates – and it sometimes has been plagued by scandal, with accusations of vote-rigging other such charges.

And once, in 1965, it was infused with a healthy dose of humor, thanks to R.L. Stine, who went on to author the popular Goosebumps series of scary books for kids. 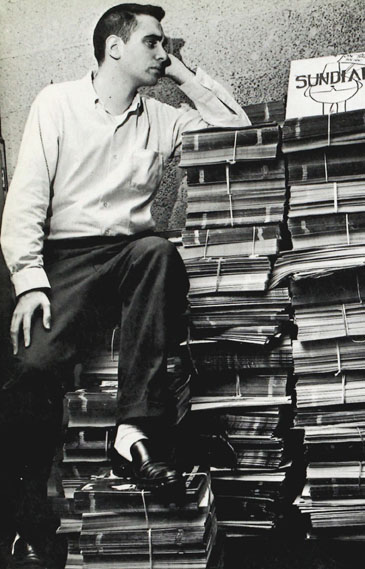 At the time he ran for USG president that year, Stine was also known as Jovial Bob Stine, editor of the Sundial, OSU’s very own humor magazine. He also was a graduating senior and therefore not eligible to actually win the election. But that didn’t stop him from running a full-blown campaign, complete with clowns carrying signs encouraging students to vote for “Jovial Bob.” His campaign promise: If elected he would graduate and be gone for good.

After graduating that year, Stine went to New York City where, according to the alumni magazine, he wrote for a humor magazine called “Bananas,” then published his first book, How to Be Funny. He later wrote G.I. Joe and Indiana Jones books.

In the late 1980s, R.L. Stone was asked by a former editor to write a scary children’s book called Blind Date, which became a best-seller. That led to an idea for a series of scary stories for children, which led to Goosebumps. At one point in the early 1990s, the series outsold such other best-selling authors as Stephen King, John Grisham and Michael Crichton.