1. The Makings of MAD

Harvey Kurtzman and Wally Wood lampooned popular superhero characters like DC’s Superman and Fawcett Comics’ Captain Marvel in this pivotal 1953 Superduperman story. It was the first parody of its kind. The story had a significant positive impact on MAD’s sales and set the standard for humor for which the magazine became known. Clark Kent is instead Clark Bent, copy boy’s assistant at The Daily Dirt newspaper, and during his attempts to woo “Lois Pain” as “Superduperman” he battles “Captain Marbles.”Behind the silliness, the comic took a fresh look at superhero tales, exposing the adolescent male hero fantasy behind the characters. Further, it proved that anything in comics was fair game for parody, even the comics themselves. Writer Alan Moore credits Superduperman as a major inspiration for his ground-breaking comic book series, Watchmen, which deconstructed superheroes in the 1980s. 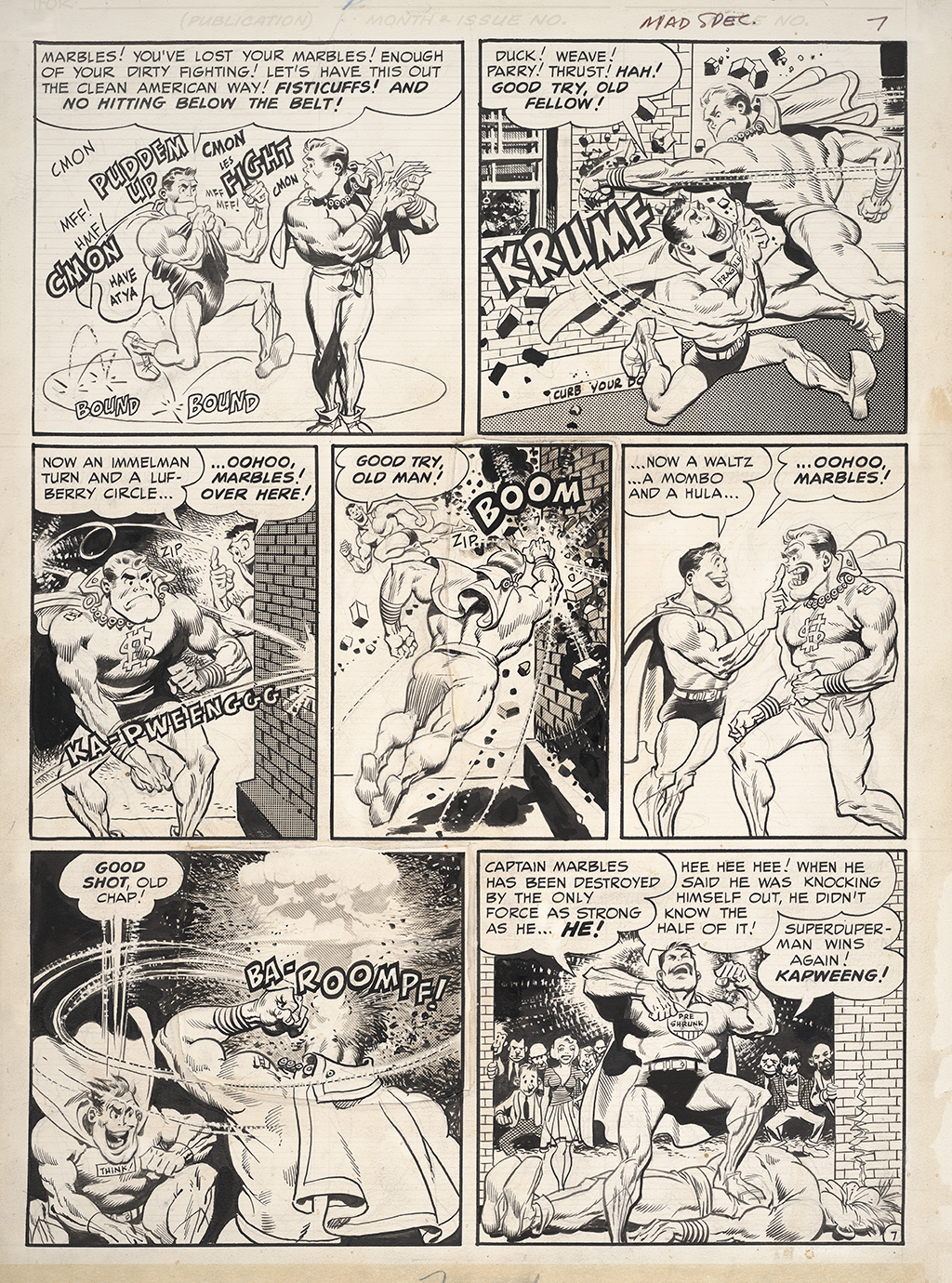 You can read the complete story in the book Mad About Super Heroes by Nick Meglin and John Ficarra from Mad Books, 2002. Find it at your library.