14. The Invention of Modern Living

Art Radebaugh’s visions of the future in his syndicated feature …Closer Than We Think! feel equally outrageous and eerily spot-on. Although it ran in hundreds of newspapers from 1958 to 1962 during the Golden Age of futurism and the space race, the feature is largely forgotten to time, and little is known about its creator. The premise was simple: a weekly cartoon that made predictions about the future, straight from the mind and hand of Radebaugh, who was clearly keeping up on trends and developments in the scientific world. While some of his predictions were riddled with classic tropes of science fiction like flying cars, jetpacks, and teleportation, others foresaw Skype, factory farming, automatic banking, and other aspects of modern day life with uncanny accuracy. 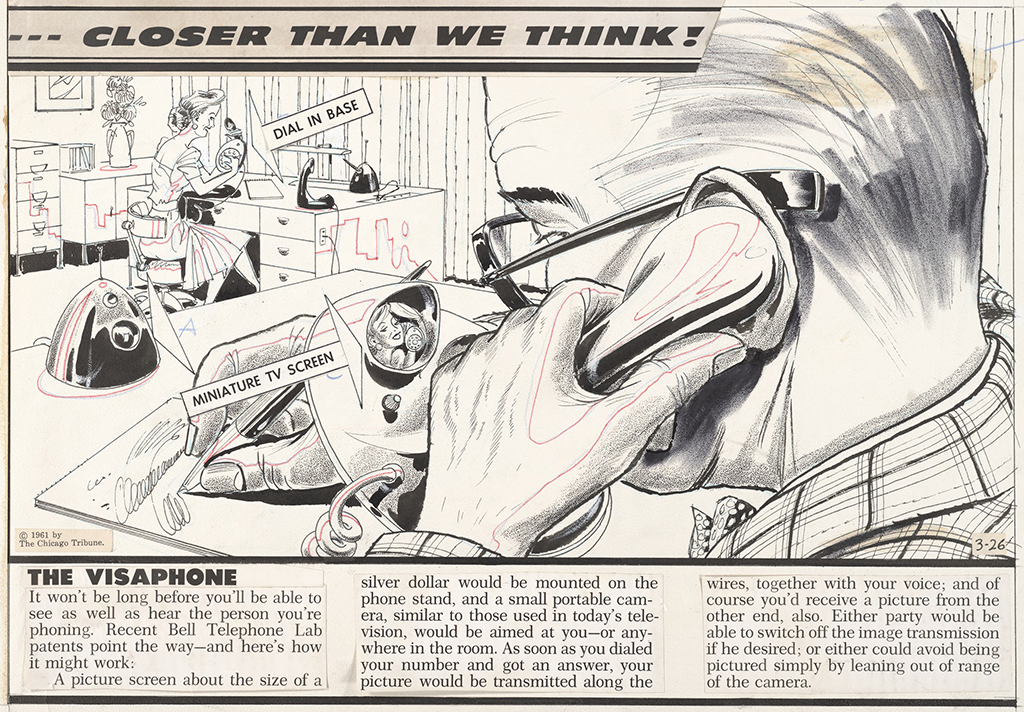