In January of 1950, an event was held in New York City that was part cocktail party, part promotional event, and part fashion show. National Cartoonists Society members were invited to “test” a new waterproof pen by drawing on bathing suits worn by models. The cartoonists included Ernie Bushmiller (Nancy), Milton Caniff (Terry and the Pirates and Steve Canyon), Alfred Andriola (Kerry Drake), Otto Soglow (The Little King), Ham Fisher (Joe Palooka), and others. They decorated the suits with their famous cartoon characters and random doodles. After the drawing, watering cans were used to put the ink to test. Bernard Hoffman of LIFE magazine photographed the party and the “Ball Point Bathing Suits.”

The event was a product of its time when all National Cartoonist Society members (and most professional cartoonists) were men, and this type of sexism was not unusual. LIFE magazine decided that the images were inappropriate for a family audience, and ultimately chose not to publish them. The Billy Ireland Cartoon Library & Museum owns five of these originals suits, each of which features the name of the model who wore it. 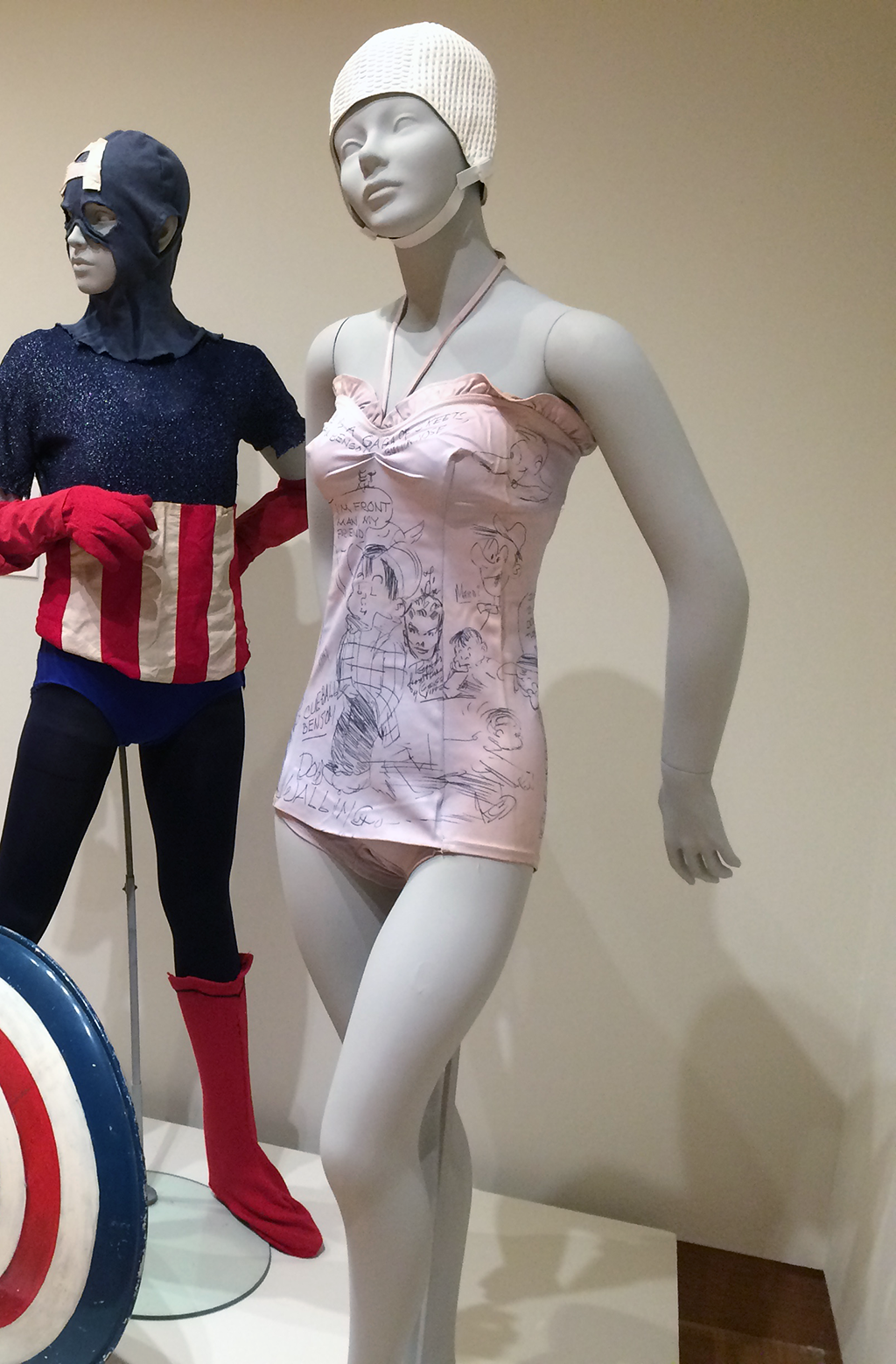 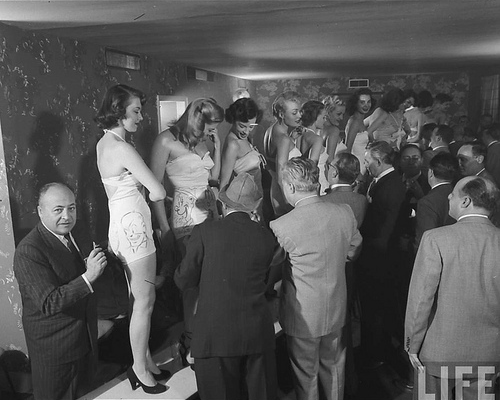